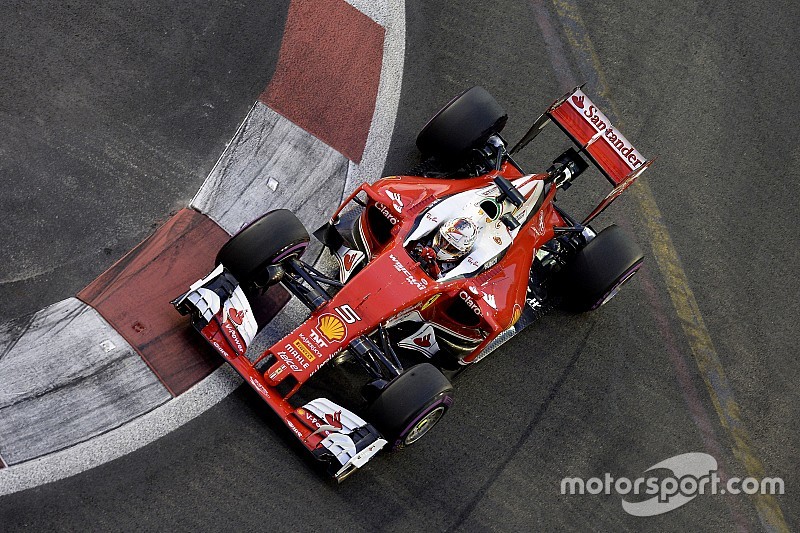 Ferrari is to bring aerodynamic updates to the Malaysian Grand Prix, as it bids to overhaul Red Bull in the fight for second place in the constructors' championship.

Although many teams have switched their focus entirely to 2017, Ferrari has elected to continue developing its SF16-H on the back of a reshuffle of its technical department.

With millions of pounds of prize money at stake in the battle with Red Bull to finish runner-up behind Mercedes, Ferrari is adamant that it will keep pushing to improve its car until the end of the campaign.

As part of its efforts, Ferrari is to bring several aerodynamic tweaks to its car for Sepang – which will be both track specific because of the cooling requirements of the venue but also aimed at increasing downforce.

Sebastian Vettel declared after the Singapore Grand Prix that he was confident Ferrari's package had been improved recently and that its update push could help deliver strong results in the final stages of the campaign.

"I think if we get everything right [it can happen]," explained Vettel. "We know we have a strong package for sure.

"Some races we didn't deliver all we could - some were up to us, and some because of stuff that happened. But for sure it didn't end up so far the way we wanted, and we are not where we wanted to be.

"I think we believe in ourselves. For sure we are not entirely where we want to be in terms of raw pace, sometimes better or sometimes worse, but at tracks like Singapore it is generally more close.

"We expected to be competitive, and then there is always a chance to win or fight for a solid podium. Unfortunately it didn't turn out for both of us.

"But we have confidence. There are some bits coming still. We are here to fight and that is what we are going to do."