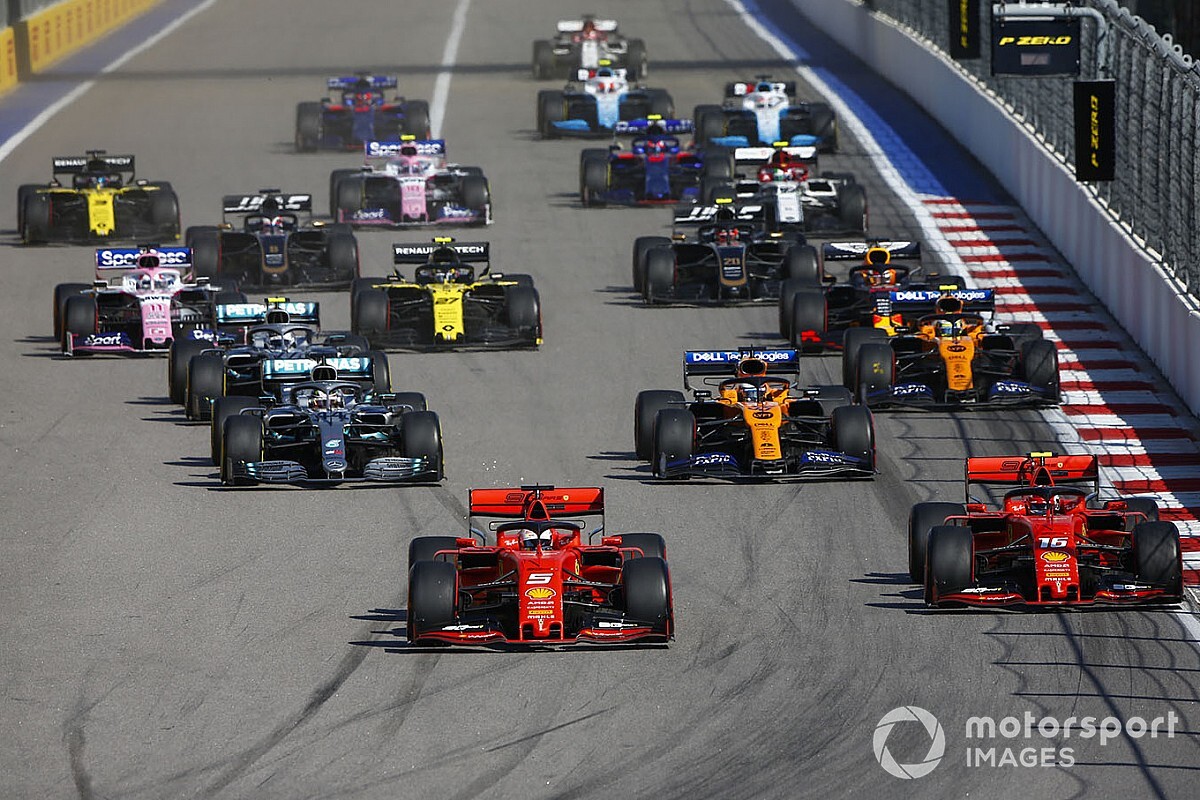 Ferrari created another team orders problem for itself in the Russian Grand Prix at Sochi, as Sebastian Vettel passed pole-sitting teammate Charles Leclerc on the run to Turn 2 – and then appeared to ignore instructions to give the position back.

Here’s what was broadcast over the Ferrari team radio during the race, until Vettel was forced to retire – causing the virtual safety car which handed the race win to Mercedes.

As the race settles down after the opening exchanges, Leclerc is told: “Sebastian will let you by next lap.”

Vettel: “I would have got him anyways, but let’s break away for another two laps. Let me know.”

Vettel is told: “Let Charles by.”

Vettel: “Well, tell him to close up.”

Leclerc: "You put me behind, I respected everything... We'll speak later, but now it’s difficult to close the gap, obviously."

Vettel is told: “You are the fastest car on track, head down, you're doing well.”

Leclerc is told: “Charles, we will do the swap a bit later on, Lewis is a bit close, and we want to push now, we will do it later, just focus on your race, thank you.”

Leclerc: “I completely understand, the only thing is that I respected, I gave you the slipstream no problems, but then I tried to push at the beginning of the race, but I overheated the tyres. Anyway, it's no problems... manage the situation.”

Leclerc is told before his pitstop: “And you can push now.”

Vettel: “My rears are falling off now.”

Leclerc is told during Vettel’s in-lap: “And we need you to push.”

Vettel is told: “Stop the car.”

Vettel: “Are you serious? Bring back those f**king V12s.”