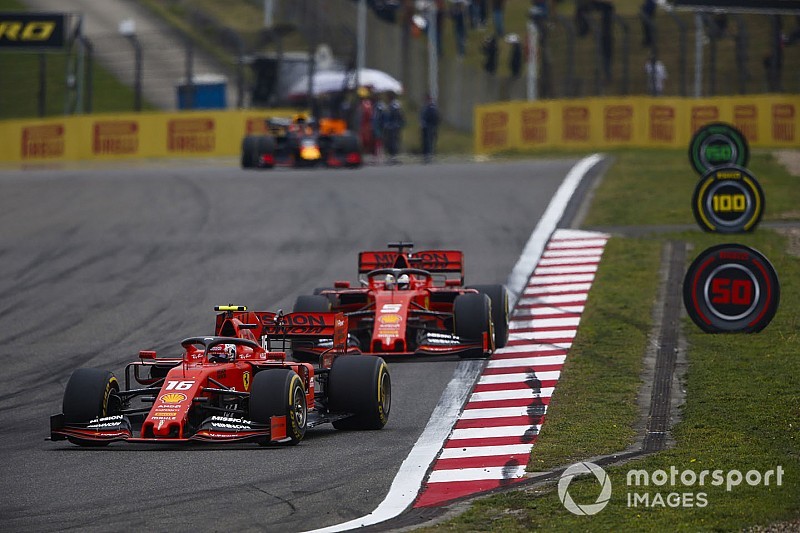 Ferrari Formula 1 team boss Mattia Binotto insists the decision to swap his drivers in the first stint of the Chinese Grand Prix wasn't made to benefit Sebastian Vettel.

Vettel's teammate Charles Leclerc had overtaken the German for third place at the start, but was unable to keep pace with the leading Mercedes cars ahead.

Ferrari soon made the decision to move Vettel ahead of the Monegasque, which Leclerc complied with on the 11th lap despite seemingly objecting to the call on the team radio.

But Vettel could not make any inroads on the Mercedes duo either, prompting Leclerc to inform Ferrari he was now losing time behind his teammate.

Despite Leclerc's star outing in Bahrain, Binotto had reaffirmed ahead of China that four-time champion Vettel remained Ferrari's main hope for the 2019 title.

However, speaking after the race, Binotto stressed the decision to swap cars was not made with the intention to benefit Vettel at Leclerc's expense.

“It was not to give an advantage to a driver, to the other driver, merely as a team to try whatever we could. Early stage was an important moment of the race.”

The position swap cost Ferrari up to a second relative to the Red Bull of Max Verstappen behind, and the Dutchman was able to pull off an undercut, getting ahead of Leclerc and nearly picking off Vettel after the German made his stop.

Binotto believes the team order was not what allowed Verstappen to sneak in between the two Ferrari cars.

“I think with an undercut he would've anyway, one of the two drivers would've been undercut, whoever was the driver.

“As team perspective, I think that wouldn't have changed, that's why again I think the choice was simply try everything we could at that [early] stage.”

Binotto said Leclerc, who finished fifth to Vettel's third, had every right to feel hard done by by how the race unfolded.

“I think if Charles is upset, he's right to be upset, and we should accept it. I think it's a shame for him, and next time maybe it will be to his advantage.”

Leclerc: Strategy to hold up Bottas "right thing" for Ferrari