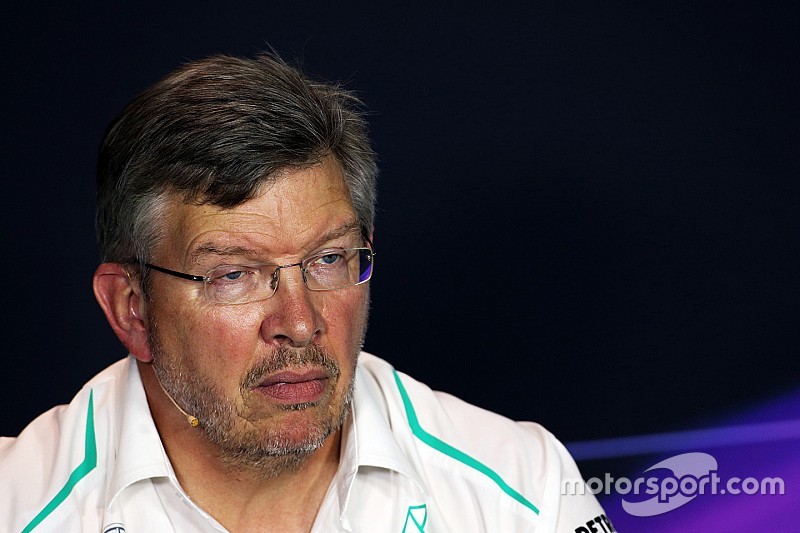 Ross Brawn has emerged as one of the key targets for Ferrari as the Italian outfit weighs up a staffing overhaul on the back of its disappointing campaign.

Following a series of meetings last week hosted by Ferrari president Sergio Marchionne and team principal Maurizio Arrivabene to evaluate what changes need to be made, it has emerged that the team is now contemplating a new approach.

With Marchionne having spoken directly to engineers to get a better idea on what the long-term potential of the SF16-H car is, moves are now being made to put its plan in to action.

One idea that has gained some traction is to recruit the services of Brawn on a consultancy basis, to help provide guidance on improvements without him actually needing to take on a full-time position.

It is understood that an initial approach from Ferrari has been rejected by Brawn, though, who has deliberately stayed away from F1 since he left the Mercedes team at the end of 2013.

Brawn has no desire to travel to 21 races, nor throw himself back in with the kind of commitment that is now needed to be successful in F1.

However, Ferrari still wants Brawn to become some form of advisor to Marchionne and Arrivabene on technical matters, and provide input on where he believes changes at Maranello need to be made.

It is unclear how such a position would fit in with current technical director James Allison.

It has emerged that a fresh effort is now being made by Ferrari to try to convince Brawn that there is a role within the team that would suit him.

Brawn was an architect of the huge success that Ferrari enjoyed in the early 2000's with Michael Schumacher, when he worked alongside Jean Todt and Rory Byrne.

He also enjoyed title success with Benetton and Brawn GP, plus laid the foundations for the success that Mercedes has enjoyed in recent seasons.

However, since stepping down at Mercedes he has enjoyed time away from F1 and has expressed little interest in coming back.

In a recent interview with Sky, he said that there was a reluctance to return to F1 action.

"Never say never about any of those sort of things, but I'm quite content doing what I'm doing and nothing has come along that I would be motivated and interested in."

Raikkonen could stay at Ferrari in 2018, claims manager