Ferrari feels it's the "right time to have some holiday" 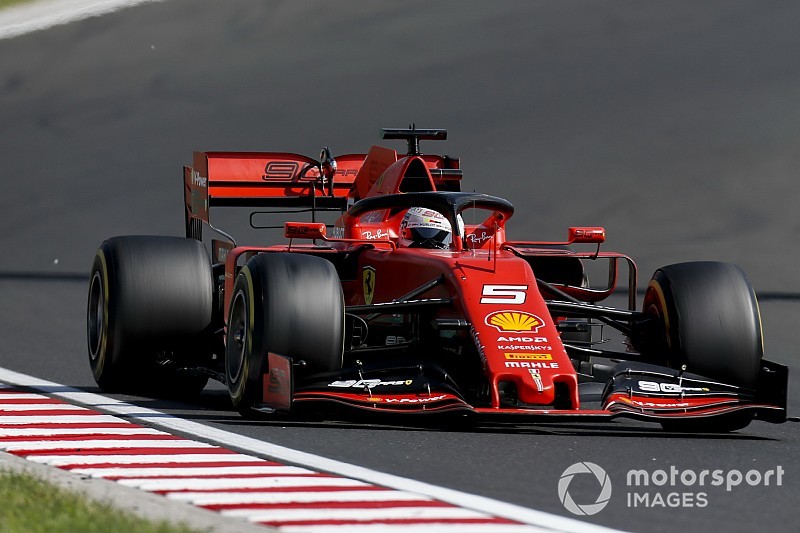 Ferrari Formula 1 boss Mattia Binotto says his team has “much to do” before the mandatory two-week summer shutdown kicks in, but believes the break is sorely needed.

After 12 races in 2019, Binotto is still waiting for his first victory as Ferrari team principal.

Ferrari’s up and down season hit a new low in terms of pure performance in Sunday’s Hungarian Grand Prix, as the track is least-suited to its 2019 car’s characteristics.

F1’s enforced summer break begins after this week and Binotto believes Ferrari needs time off following its exerts so far, but said the chance to relax is still a few days away.

“We’ll be back in the office [this week] and there is still much to do before we go on the summer break,” said Binotto. “It’s important for us to stop and rest a bit.

“We’ve spent a lot of energy in this initial start of the season, after winter testing and Australia, when we recognised we had some gap to close on our main competitors.

“We spent, in all departments at the factory and at the race track, a lot of energy. It’s the right time to have some holiday.”

Mercedes also holds a commanding lead in the constructors’ standings, with Ferrari 150 points behind.

Vettel admitted it would be easier for the drivers to switch off over the summer, but expects Ferrari’s engineers will be “flat out” at the factory this week.

“It will be a busy break for us,” he said. “I don’t think anyone’s mind can rest in the two weeks, so maybe we come up with some good ideas for the second half.”

Ferrari started the year on the backfoot and has suffered major disappointments such as the late engine problem that denied Charles Leclerc his first F1 win, and Vettel’s time penalty which cost him victory in Canada after crossing the line first.

Vettel agreed with Binotto’s assessment that the summer break would benefit the team.

“I think it’s good now for everyone to get a break,” said the four-time world champion.

“The guys have been working very, very hard. We need maybe to charge our batteries and then the battle continues.”

He added: “The first week we [the drivers] will help and try to contribute a bit. The factory will be closed, it’s important for all of us.

“I’ll be taking it easy in the first week eating a lot of ice-cream, and then making sure the belly will disappear again!”