Ferrari has to sort car "very soon" to prevent 2020 problems 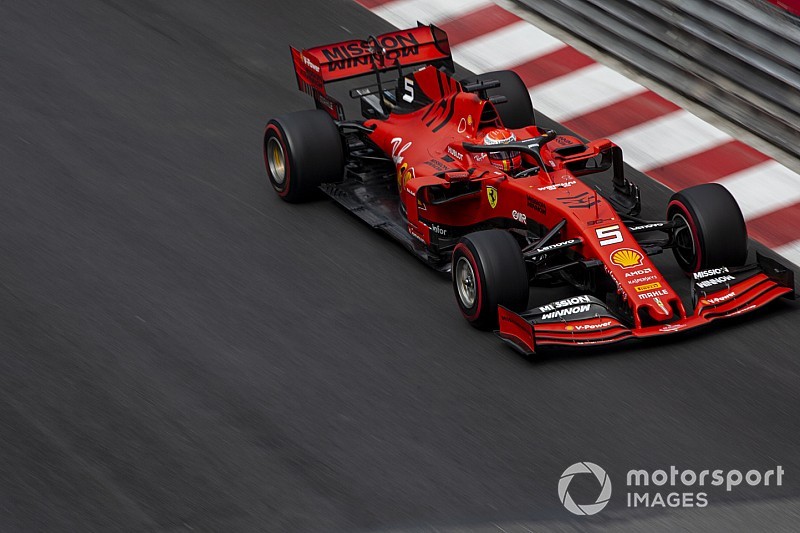 Ferrari needs to address any car shortcomings "very soon" to ensure its 2020 challenger does not suffer the same performance shortfall as this year's.

After a promising start to pre-season, Ferrari's challenge faltered immediately in the season opener, and it has yet to score a victory after five races.

It trails chief rival Mercedes by almost 100 points in the constructors' championship and is still searching for the reasons its car concept has not regularly hit the peaks shown in Bahrain and Azerbaijan.

While Ferrari will persevere with its front-wing design because it does not believe the fundamental concept is flawed, team principal Mattia Binotto says there is limited time to find solutions and avoid next year's car having problems.

"The [2020] project has been started for many weeks and months," said Binotto. "We're already developing for next year. By summertime the project is normally quite ahead already.

"I think if there is anything that needs to be addressed for next year it needs to be done very soon as well. We are working in parallel on this year's project because we need to improve and there is much to learn.

"Whatever we may do on the current car project will be of benefit to next year. But next year's project is not starting in October and November."

As well as fixing things for this year and improving the base of the 2020 car, Binotto believes progress is important for Ferrari itself.

"The goal is still the same: looking race by race, trying to optimise it, trying to develop the car to show we've got potential in developing a car and understanding its technical concepts," he said. "As a team we need to show we are still improving ourselves."

The extent of Ferrari's problems was exposed by the previous race in Spain, where Mercedes dominated and Ferrari was well adrift, particularly in slower corners.

Binotto believes Ferrari can improve by the time a similar challenge arrives at the French Grand Prix in late June but suggested it may need patience for bigger gains.

"Improving the full car and concepts takes some time, no doubt," he said. To define a new aero concept, it may take a few weeks. But in the meantime we need to optimise the package we've got. There's still room to do so.

"If you look at the five races at the start of the season, there are some where we've been strong. So I think there are still races we can be strong with the current package."