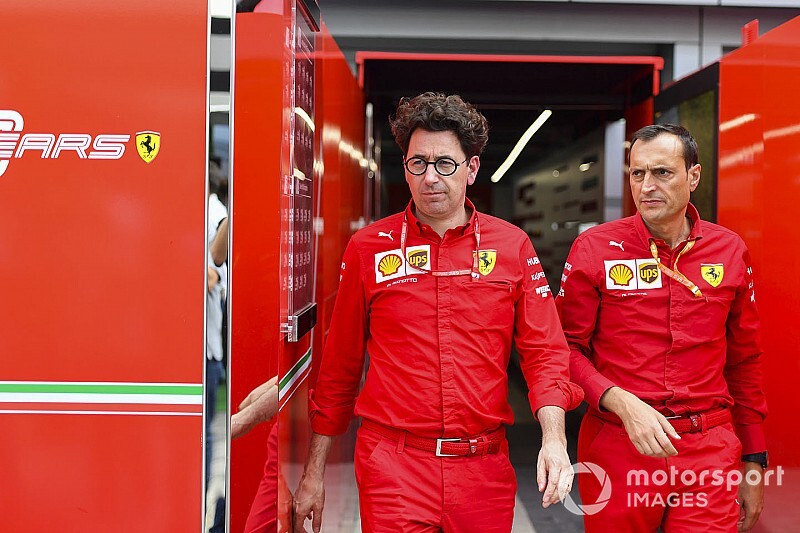 Ferrari team boss Mattia Binotto says it would be a “shame” to have to use its right to veto changes to the championship’s rules in the 2021 discussions.

F1’s leading teams Ferrari, Mercedes and Red Bull have been vocal over their concern for supposed restraints over aerodynamic freedom in the technical package planned as part of F1’s envisioned 2021 overhaul.

Disagreements over the compromises has led to a delay until the end of October to finalise the rules, which were meant to be published earlier this year.

Ferrari’s agreement with F1 includes the right to block a change it decides is not in the championship’s best interests.

As F1 nears its latest deadline for the 2021 rules, Binotto insisted Ferrari’s preference was to come to a better compromise.

“More important is to be very constructive. We’ve still got a month’s time to address the fundamentals by the end of October.

“If the regulations will not be fully satisfactory by that time I don’t think it will be a drama because we still have time to address and improve them.”

The leading teams claim they are not trying to thwart F1’s attempt to close up the grid but instead argue that such a big rules change in one go will be counter-productive.

Their stated belief is that keeping the rules the same will naturally lead to convergence in performance, whereas a big overhaul could lead to unintended consequences.

However, the primary specific concern is over the so-called DNA of F1 and teams being responsible for designing and producing their own cars that are fundamentally different.

Ferrari and its fellow big teams – as well as some smaller outfits – do not agree that F1’s agreed budget cap should be followed by standard parts, which is currently part of the 2021 plan, because they disagree that teams should be told how much to spend and what to spend it on.

“There are a few things that are important for us, first the degree of freedom on development, especially with the aerodynamic regulations, which we believe is too prescriptive,” said Binotto.

“And the degree of freedom on other parts of the car where some prescription has been set.

“I think these are the key points and I think there is still room for collaboration and making a different choice compared to what has been achieved so far.

“Again, we’re more focused on trying to collaborate and address what we believe is fundamental rather than say “we've got the veto right’.”