Ferrari says staff must be 'terrified' of failure next year 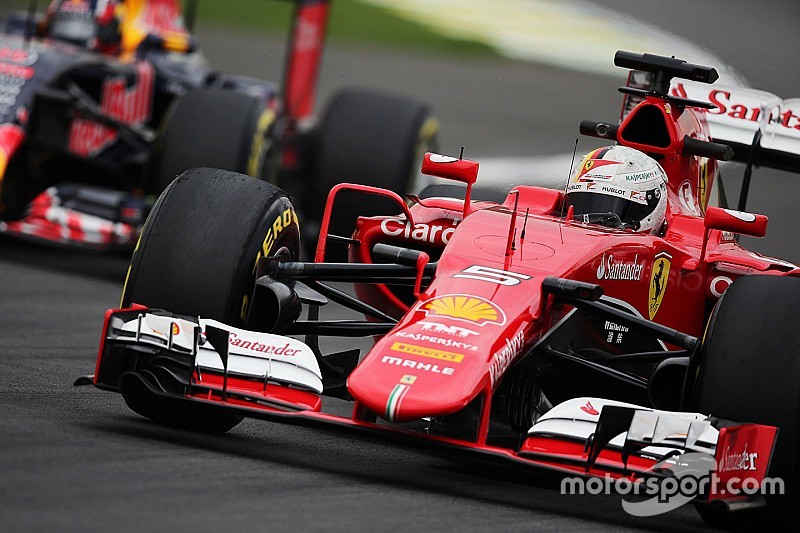 Ferrari president Sergio Marchionne has told his Formula 1 staff that they need to be 'terrified' at the prospect of not delivering a winning car at next year's Australian Grand Prix.

The Maranello-based outfit is preparing for a full-on assault on the world championship next year, having exceeded its targets this season with three victories.

And well aware of how tough it is going to be to overhaul favourites Mercedes, Marchionne says that only a supreme winter – fuelled by the fear of failure – will be enough for his squad.

"The world championship is decided in the winter when the car is prepared for the new season," said Marchionne in Maranello.

"When we get to Melbourne, we will understand if we have done a good job or if there was someone that was better.

"If I can give some advice to all those who work at Maranello – it is to be terrified by the arrival of spring. We must suffer the unknown of what Mercedes will do in these months, and then we will see on track in February."

He added: "Even during testing there won't be a definitive answer, but by March we will understand if the work we did on the engine and the new chassis has paid off.

"The next three months will not be at all easy, and we must not make the mistake of relaxing despite 13 podiums and three victories. Next season will be very hard.

"I remember the first few times I spoke to [Mercedes board member Dieter] Zetsche – who showed a certain arrogance towards Ferrari.

"Now, I think he has a little more respect, but not much because in the end they won the world championship. The only way we will get respect is whether we see something in Australia."

Ferrari team principal Maurizio Arrivabene hopes Marchionne's fighting talk will act as a positive force on his staff, as they work on the 2016 F1 challenger.

"I hope the terror can be positive – because people who are frightened run away before they hit problems," he said. "The positive terror gives us the strength to do things.

"That is what the president means when he speaks of terror in the next three months."