Ferrari team principal Mattia Binotto says the FIA should have done a better job with the safety car at the end of Formula 1’s Italian Grand Prix.

The race at Monza on Sunday ended under caution after a set of circumstances meant officials ran out of time to conduct a restart.

With Daniel Ricciardo's car having stopped at the side of the track six laps from the end of the race and triggered a safety-car period, there should normally have been plenty of time to get the race resumed.

However, the car being stuck in gear meant marshals took longer than expected to retrieve it, plus the safety car picked up George Russell rather than race leader Max Verstappen, causing a further hefty delay before the field formed up behind the front Red Bull.

By the time Verstappen was slotted in behind the safety car, there were not enough laps left to allow lapped cars through and have a restart at the end of the following tour, as the rules dictate.

With the race ending under the safety car, leaving fans worldwide disappointed and drawing boos from the Italian GP crowd, there have been calls for F1 to reconsider the idea of red-flagging races under such circumstances to ensure there can be a restart.

But Binotto, who saw Charles Leclerc left without an opportunity to go for a late shoot-out with Verstappen, says the rules as they stand work, and the failure at Monza was instead fully at the door of the FIA.

"I don't think it's a matter of changing the rules," he said "The rules have been discussed, largely, especially after Abu Dhabi last year.

"They were discussed with the FIA, F1 and the teams, and we came to a conclusion that the current format is probably the right one to keep. So I don't think it's a matter of regulations today.

"I am certainly disappointed for how long it took them to decide, and I think we are not understanding why it took so long to release the cars between the safety car and the leader." 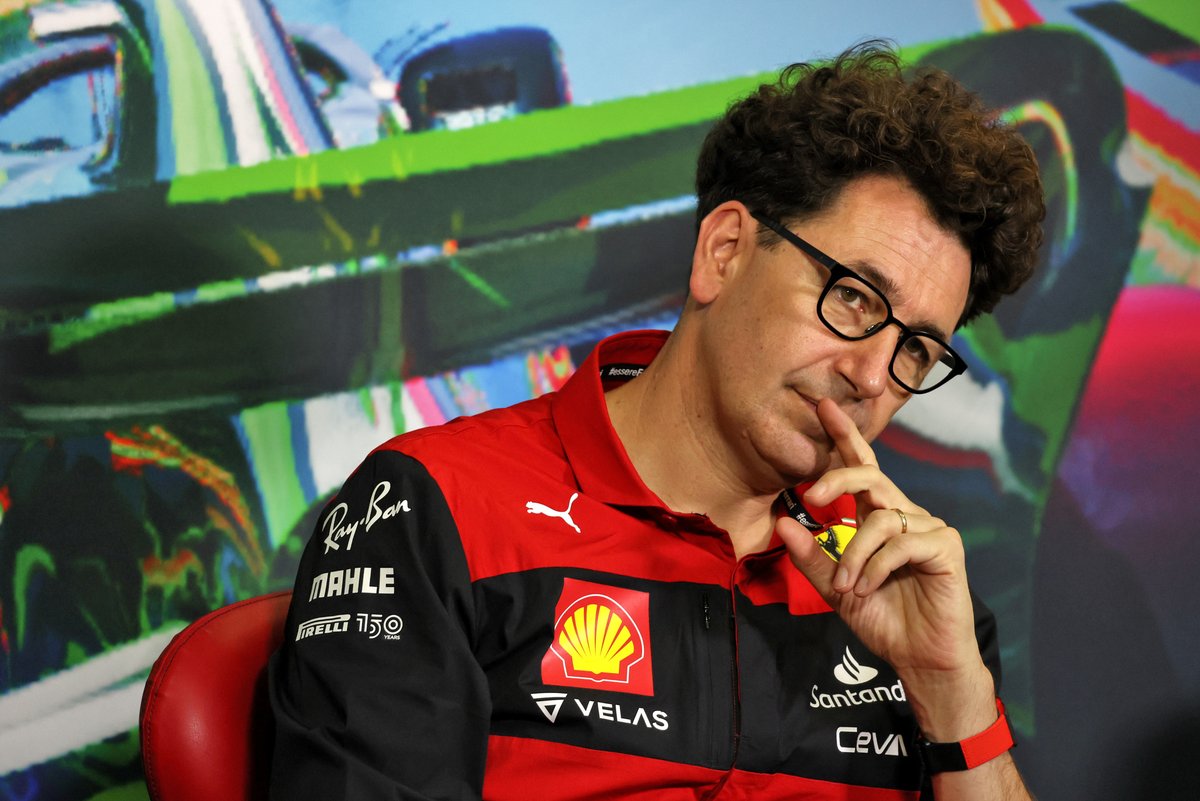 Although Ricciardo's car took several laps to be cleared, Binotto does not understand why the field could not be bunched up in the right order much sooner.

"I don't think safety could be the right reason for it [the delay]," he said. "When you are released, as a driver, you cannot go simply flat out around the track, because there is a minimum lap time, which is set in the regulations.

"And this minimum laptime is there to make sure that whenever they are running and driving, they're doing it safely. So what we do not understand is, with the current regulations that we believe are right, why it took so long for them to decide."

Asked if he accepted the FIA's explanation that the failure to restart the race was caused wholly by Ricciardo's car being stuck, he said: "Yeah, I think I accept it. I understand it may have been complicated.

"But still, in parallel, I think we could have, with the safety car, done a better job in order to prepare the entire train of cars to be ready for a new start of the race. And that didn't happen.

"I think simply that was wrong and could have been done better; without changing the regulations. The regulations are in place, it's only a matter of applying them in a better way."

Binotto said his belief in the safety car was not related to missing an opportunity for Leclerc to win, but because ultimately he reckoned the show suffered.

"I think they simply need to do a better job for F1, the show," he said. "It's not Ferrari and tifosi because if the safety car would have ended before, how would the race have finished? I don't know.

"Max still was the fastest car and he was on new tyres. But generally speaking, I think we should try to end the safety car as soon as possible and give more track time, race time to all the drivers.

"The disappointment of today was to see how long it took them to decide. And we believe in that respect, they [the FIA] didn't do a good job today. And they need to do a better job in the future because that is not good for F1."