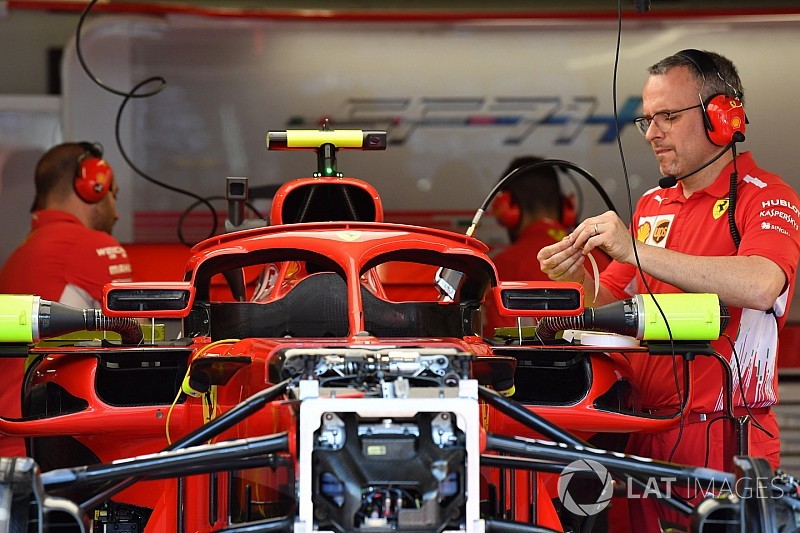 Ferrari has tweaked the design of its halo mirrors, following the FIA's declaration that the support winglets that appeared over them in Spain were illegal.

The Maranello-based team was the first to switch the mounting of its mirrors off the nose and on to the halo.

But its concept raised some concerns in Barcelona when a winglet that the team declared was aimed to support the mirror also delivered a clear aerodynamic benefit.

Following inspections from F1 race director Charlie Whiting, a clarification was issued declaring that while the FIA had no problem with the mirrors, it would only allow extra support elements if there was a minimal aero benefit.

Reflecting on the Spanish GP design, Whiting said at the time: "The interpretation hinges on whether we think that's a mounting or not. We somehow think not.

"They think it contributes to the rigidity of the mirror. I doubt they would be there if there wasn't a measurable aero advantage, but these days that doesn't have to be big.

"We sent a technical directive a few weeks ago in response to a number of questions from other teams about the principle of mounting a mirror on the halo was acceptable.

"We answered yes, and gave a few stipulations, one that it has to be a mounting. It's just a matter of interpretation and such a tenuous interpretation is not something we're happy with."

For Monaco, Ferrari's mirror has been retained in the same position but the support winglet above it has been removed.

Why Monaco 'madness' will be F1 at its best