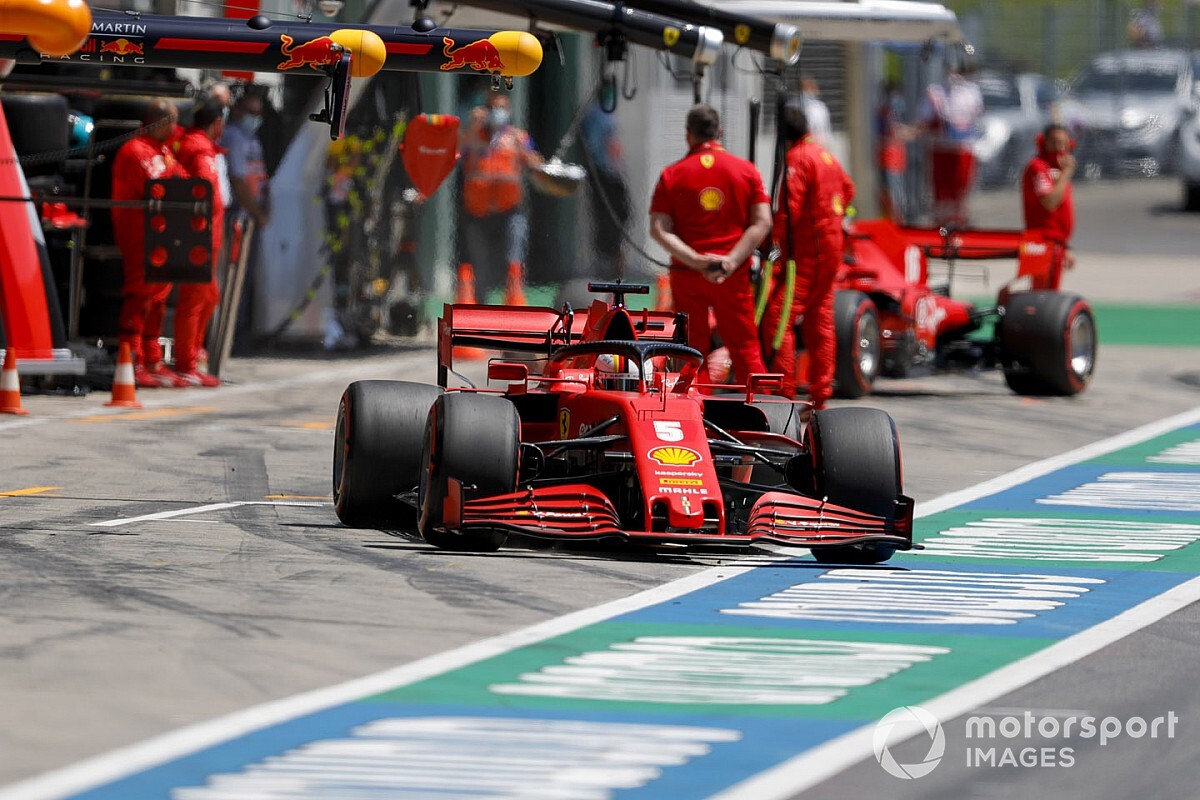 Ferrari hopes to fast track some, if not all, of its major Hungarian Grand Prix update package to this weekend’s Styrian GP at the Red Bull Ring.

The Italian outfit headed into last weekend’s season opener in Austria aware that it was on the back foot, with its car in the same specification as it had been in pre-season testing.

That is because the team uncovered some aerodynamic flaws with the SF1000 during the Barcelona running which it has decided to address with a major overhaul. The changes were originally planned to be introduced at this month’s third round of the season at the Hungaroring.

But competitive struggles last weekend have left the team pushing extra hard to bring as many of the new components as possible to this weekend’s Styrian GP.

A statement from Ferrari on Monday said that it was flat out with development work at Maranello “in the hope of bringing forward to next weekend the introduction of the aerodynamic package scheduled for the Hungarian Grand Prix – or, at least, some of its components”.

The team said it did not believe the car changes would be enough to completely eradicate the near one-second deficit it had to Mercedes in Austria, but it hoped that they “could allow the team to move up the order”.

It also reckoned that bringing new parts this weekend would have added value because it would allow it to conduct a proper back-to-back comparison with how things were last time out. Ferrari CEO Louis Camilleri has also underlined his faith in the team and its boss Mattia Binotto, despite the tricky times the outfit faced.

“We know there’s lots of work to do,” he said. “This is certainly not the grid position that a team like Ferrari should have and we have to respond immediately.

“It’s clear that we have to improve on all fronts. The only solution is to react and I’m pleased by the immediate reaction and the work that Mattia and all his team are putting in at every level. This is not just to bring to the track today what was scheduled to be ready tomorrow, but also to speed up the programme of development for the coming races.

“This is the response of a united team which is rolling up its sleeves and facing the problems head on, without crying about it. We are at the start of a new cycle with a longterm plan. Any setbacks will certainly not change our chosen course and I have every confidence in Mattia and the team in addressing our shortcomings.”