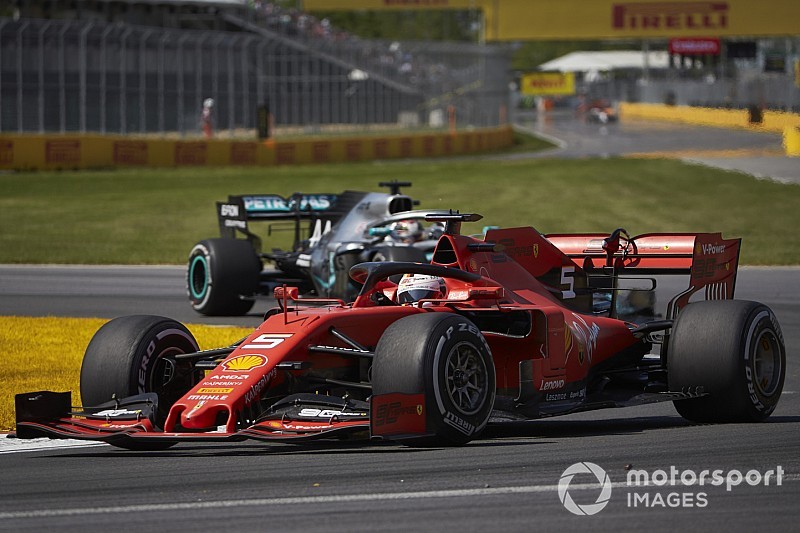 Ferrari has lodged a request for the FIA to review the decision to punish Sebastian Vettel for his actions at the Canadian Grand Prix, as predicted by Motorsport.com.

Following ongoing unhappiness at the way Vettel was handed a five-second penalty that cost him victory in Montreal, Ferrari wants the FIA stewards to look again as to whether or not Vettel did rejoin the track in an unsafe manner and force Lewis Hamilton off the circuit during the incident on lap 48 of the race.

Although the sanction could not be appealed under the FIA's rules, the governing body's International Sporting Code does give competitors the option of a post-event review of decisions, providing that new evidence that was not available at the time has come to light.

Article 14.1.1 of the code states that if "a significant and relevant new element is discovered which was unavailable to the parties seeking the review at the time of the Competition concerned," then it can reconvene stewards or replacements to look again at the case.

Ferrari had until this Sunday to lodge its review request and the team confirmed on Monday that it had written to the FIA to request the review. No further details of what new evidence it has lodged were immediately available.

The FIA will most likely convene stewards over the French GP weekend to look at the case, with their first decision likely to be whether or not the new evidence is admissible.

If they are satisfied that the new information is significant, then it will hear Ferrari's arguments that the decision to punish Vettel was wrong because it believes that the German did not break the regulations with his driving actions.