Ferrari, Red Bull max out on softs for Monaco 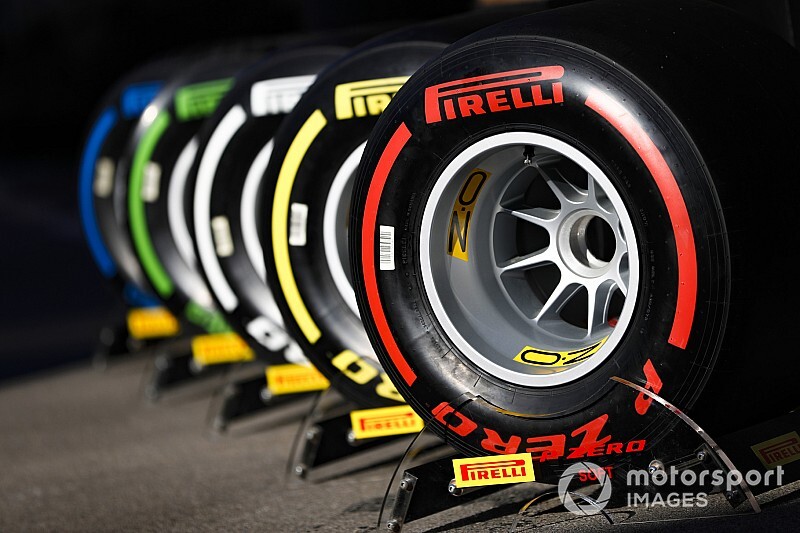 Ferrari and Red Bull have opted for the maximum available 11 sets of the C5 Pirelli tyre for the Monaco Grand Prix, with Formula 1 teams widely favouring the softest compound.

The street race in the Principality will mark the first appearance of the C5 compound, the softest in Pirelli's 2019 range, in a grand prix weekend.

With tyre wear minimal in Monaco, and qualifying being more important than at any other venue in the calendar, teams have largely forsaken the harder C3 and C4 tyres in favour of the C5.

Red Bull pair Max Verstappen and Pierre Gasly, as well as Ferrari drivers Charles Leclerc and Sebastian Vettel, will each have 11 sets of the soft available in Monte Carlo, leaving them with just a single set of the medium C4 and the hard C3.

The two teams are the only ones on the grid to make such an extreme selection, with most outfits – including the championship-leading Mercedes team – selecting 10 sets of softs.

For Mercedes pair Valtteri Bottas and Lewis Hamilton, this will provide them with an additional set of the medium instead.

Williams and Racing Point have selected the fewest number of soft-tyre sets on the grid at nine for each of their drivers, with Williams opting for a field-high three sets of the medium.

Renault and Haas are the only outfits to split selection between their drivers. 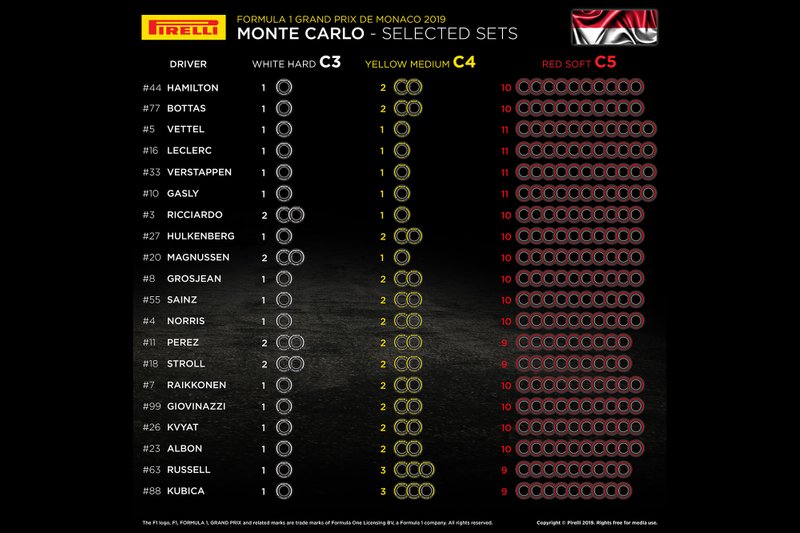