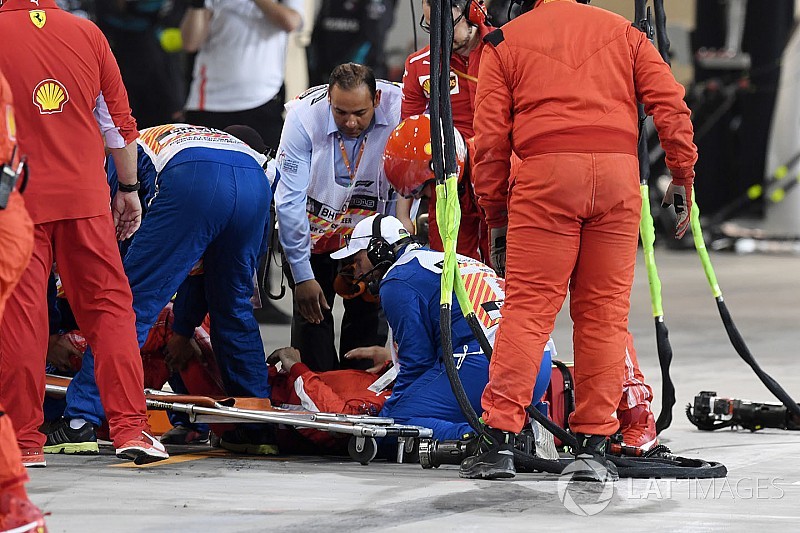 Ferrari has confirmed that the mechanic who was hit by Kimi Raikkonen in the botched pitstop at the Bahrain Grand Prix has suffered a broken leg.

The pitcrew member was tasked with fitting a new left rear tyre to Raikkonen's car but, following a problem with the removal of the wheel already on it, he was still in position and had not moved when Raikkonen was released.

The mechanic was thrown to the ground by the Ferrari wheel, and was immediately attended to by paramedics before being taken to the track's medical centre.

A tweet from Ferrari later said that the mechanic has suffered two fractured bones.

Speaking after the race, Raikkonen said he was unaware there had been a problem at the stop until he was told over the radio to bring his car to a halt.

"I go when the light is green and I don't see what happens behind," said Raikkonen.

"Unfortunately he got hurt. But you know my job is to go when the light changes – more [than] that, I don't know really. Hopefully he's okay."