Ferrari is pushing for Carlos Sainz to be allowed to take part in the 'young driver' Formula 1 test after the Abu Dhabi GP. 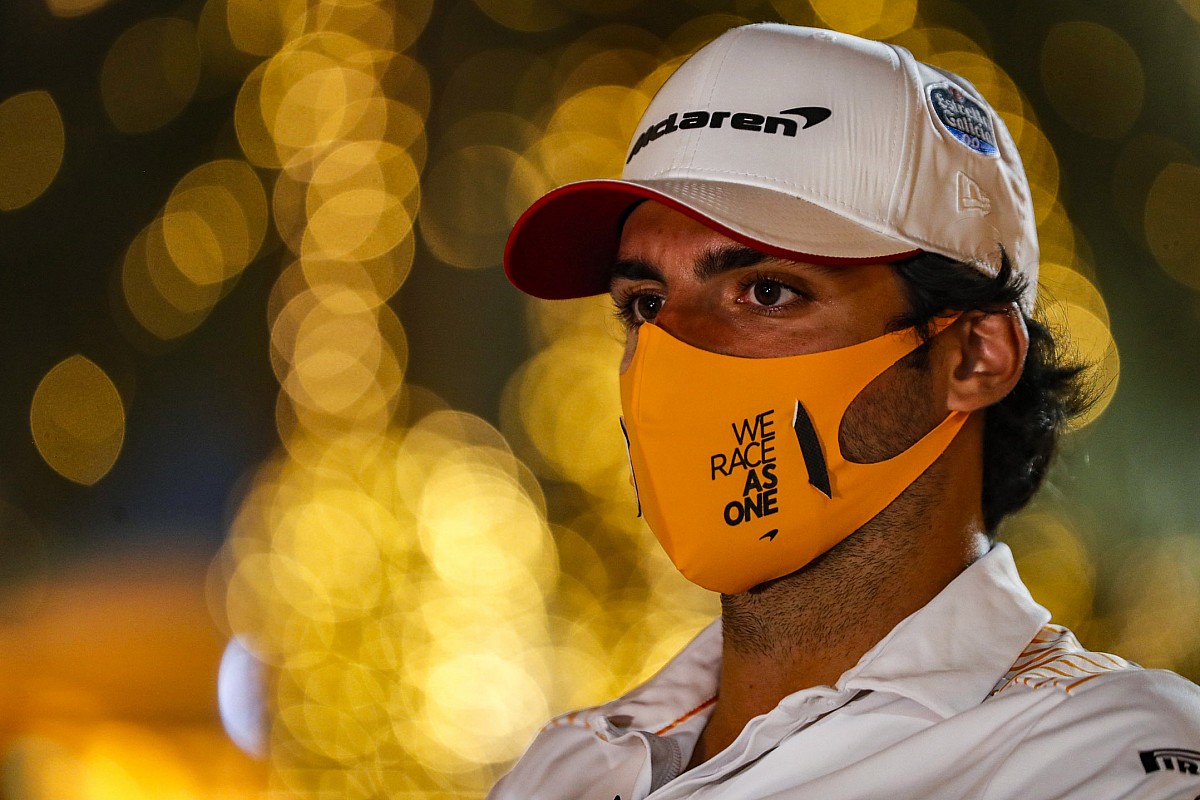 Lobbying from Renault led to the FIA opening the one-day test up for Fernando Alonso to run some miles in the Enstone team's 2020 car, while Sebastien Buemi is expected to drive for Red Bull and Robert Kubica for Alfa Romeo.

Crucially, the current McLaren driver will be free contractually, and will thus be able to do the test should Ferrari receive permission from the FIA for him to participate.

So far, drivers who raced in 2020 have been excluded from the day, but Sainz made it clear that Ferrari hopes that he can make an early debut for the team, and get priceless mileage going into the winter.

Teams are allowed two cars at the test, and Ferrari has already announced that one will be driven by Robert Shwartzman, and one by Antonio Fuoco.

Two other Ferrari young drivers will also be busy, with Mick Schumacher at Haas, and Callum Ilott at Alfa Romeo.

Fuoco's run is mainly to give the Maranello simulator driver an opportunity to get up to speed with the real car, and clearly the team would be willing to sacrifice his chance to allow Sainz to take part, while maintaining its commitment to young drivers via Shwartzman.

"I'm willing to test for Ferrari," said Sainz. "I think it's no secret, especially now that the hand has been opened a bit by the FIA for drivers that are not rookies, or not young drivers, to test, I don't see why the FIA wouldn't open the hand a bit also to all the drivers.

"Personally, I wouldn't take any young driver out of the seat. I think Callum, Mick and Robert Shwartzman, I think they are still going to test, so if I jump into a Ferrari, I'm not going to not allow them to test, they're going to still be testing.

"I think Ferrari is one of the teams that are promoting young drivers the most right now.

"So I don't see why I shouldn't also get the chance to test. I don't know what's going to happen to be honest, I don't know what is the FIA's decision, but you can tell that I'm going to try and be there as much as I can."

Asked to clarify what process is underway, he said: "I'm not going to say what we are going to do. But I'm telling you that I'm very willing to be on that Abu Dhabi test, especially because my contract allows me to do so."

McLaren is not attending the test, but its future driver Daniel Ricciardo says taking part was never an option, as he remains contracted to Renault.

"From my side I was never going to participate," he said. "It was always from 2021 onwards, so I don't really feel like personally I've lost out because it was nothing I ever expected to do.

"I think Fernando, obviously he's been maintaining a lot of health and fitness. He looks in pretty good shape and pretty young. So, I think to the naked eye, he certainly passes as a young driver!"