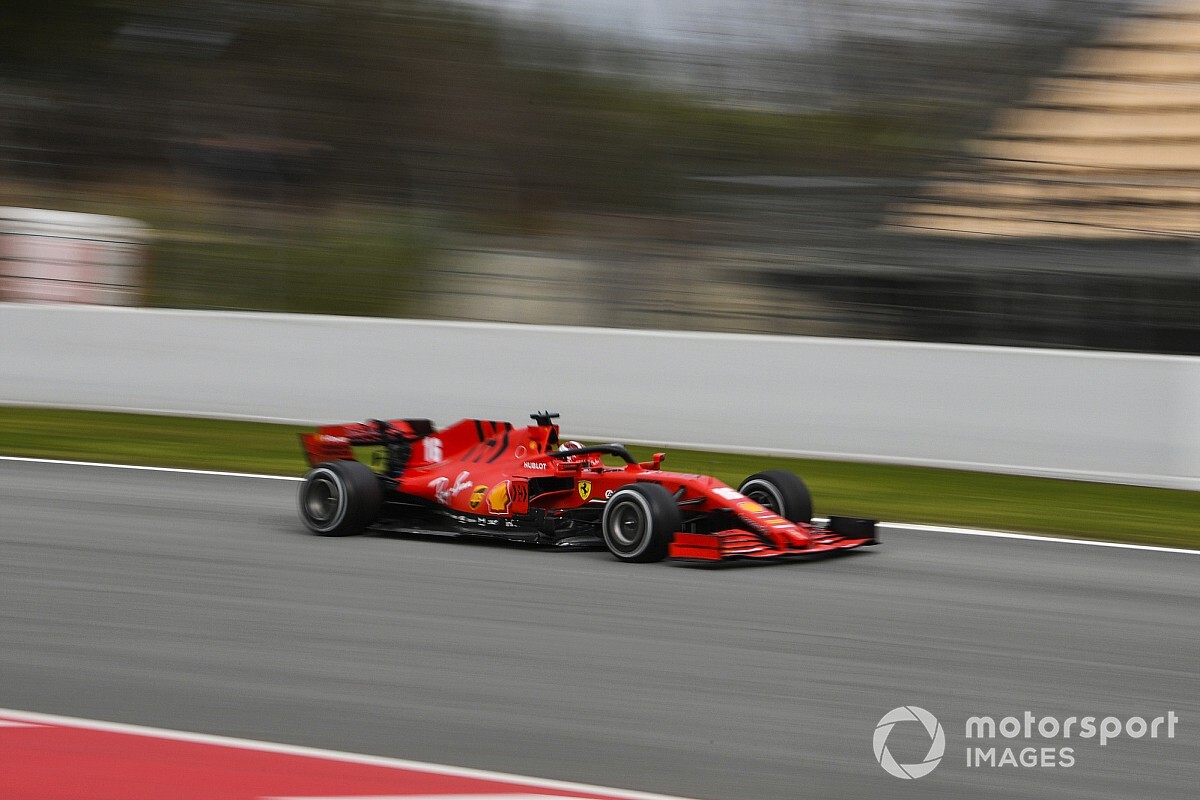 Ferrari insists that it hasn’t been playing games by disguising its pace in Formula 1 pre-season testing, but admits its car is better in race trim than on single lap pace.

The Italian outfit has been open that pre-season testing has not gone as well as it would have liked, and thinks it is heading into the F1 season opener behind rivals Mercedes and Red Bull.

But its competitors think that Ferrari is holding something back, and point to some strong race runs that the team was able to produce at Barcelona.

Asked about whether an obvious lack of straightline speed in testing pointed to the team holding back its full potential, team principal Mattia Binotto said: “We are not hiding. That is our true performance.

“I think it's difficult to split on the straights what is drag and what is power, but certainly we are down on speed compared to other competitors. I think that's affected by one way from the drag and the other from the reliability programme that we have in place.”

Binotto said that the team was focused on improving the SF1000, with it lacking in overall performance.

“I think we need to still work on the balance of the car and the setup to optimize its overall performance around the racetrack,” said the Italian.

But generally speaking, we need to improve the base performance of the car, which is power, drag and downforce. There is no doubt and no discussion on that.

“If you look at the picture of the winter testing I think we have got relative to the others a better, but doesn't mean the best, race pace compared to the qualifying pace.

“I think we're suffering a bit more on qualifying simulation compared  to the race simulations, and that is something on which we need again to understand, analyse and eventually address it.”