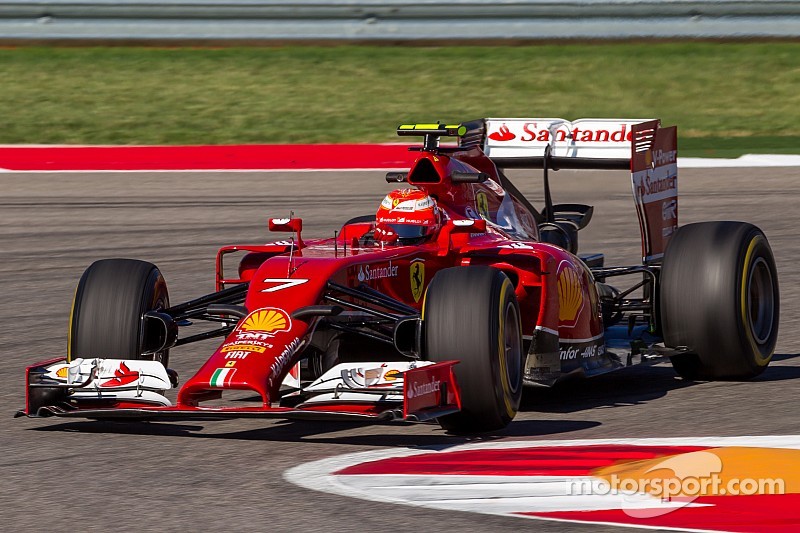 The Formula 1 circus flies 8000 kilometres to South America and the Brazilian city of São Paulo.

Maranello, 4 November – After the North American round, the Formula 1 circus flies 8000 kilometres to South America and the Brazilian city of São Paulo. It’s more than just distance that separates the two venues, as we go from the crisp modern facility that is the Circuit of the Americas to the “characterful” and cramped Interlagos paddock.

And while both circuits run anti-clockwise, the Brazilian track, the second shortest on the calendar after Monaco, requires a different approach, as Scuderia Ferrari’s Engineering Director Pat Fry told to Ferrari web site. “The downforce level we normally run here is slightly lower than in Austin, which is classically very near the maximum, mainly to get the tyres working.

Although we are coming from a back-to-back race with Austin, there is still a large number of test items we have got to try and get through aimed at our 2015 project...

Many of the corners in Brazil involve braking and turning, producing high lateral forces, which means it’s quite difficult to get the car balance correct, so there are quite a few challenges in the medium to low speed corners. Apart from that, you need to get the drag level right for the long run up the hill and down the pit straight.”

The original tyre choice that Pirelli had made for Brazil was the Hard and the Medium, however when the sport’s tyre supplier assessed the fact the whole track has been resurfaced, it changed its decision. “When it became clear that the nature of the surface was going to give the tyres an easier time, they’ve now come to a choice that everyone is going to be more happy with, namely the Medium and the Soft compounds” says Fry. “In the past, tyre wear has been severe, pushing you towards a multi-stop race. I’m not sure what the case will be with the resurfacing, so we will have to wait and see.”

However, very often at this time of year, the slick tyres do not see much use, as rain can usually play a significant role at this race. Currently the forecast is for the odd shower on Friday and Saturday, with hot and sunny conditions for the race. But it’s too early to be sure. Dry Friday practice would be welcomed by the Scuderia Ferrari crew, for reasons which Fry reveals: “although we are coming from a back-to-back race with Austin, there is still a large number of test items we have got to try and get through aimed at our 2015 project.”

It’s been an overcast and humid day in Sao Paulo, but at least the rain held off while Fernando Alonso met the media in the Interlagos paddock for the usual Thursday press interrogation.

In fact, the threat of a wet weekend shaped the first question, the press suggesting that a rainy race might provide the Scuderia Ferrari driver with his best chance of a victory this season. “Even with the rain, we don’t have the possibility to win,” said the Spaniard. “After only getting two podiums this season, we cannot expect a few drops of rain to allow us to win. Unfortunately, we are not at that level, however it’s true there are more opportunities when it’s wet, but it’s also a risk, as you can gain positions or lose everything.”

Even though Alonso isn’t in the fight for this year’s title, he was asked about the contentious topic of double points at the final race in a fortnight’s time. “It’s the way it is and there is nothing you can do about it,” was his philosophical response. “If you win it thanks to that, it’s ok, but if you lose it, it would be a shame. But you can also win because of a mechanical failure, or a penalty that wasn’t fair, so from that point of view there are always different things that can affect the championship and double points is just one more thing.”

Naturally, the Ferrari man was asked about his future and why he had not made public any decision. “I don’t think there is any deadline to decide: this week McLaren is saying something, last week Lopez of Lotus said we were talking, which is true, but it’s for a project outside Formula 1. Everyday there’s a rumour and today I read that I have bought Marussia for one dollar! It’s absolutely not true.”

At this time of year, the journalists are preparing their season reviews and Fernando was asked to pick out his highs and lows. “It’s been difficult and challenging, but probably my best season, because I had a tough challenge this year, including having a world champion on the other side of the garage and I was performing at my best,” he concluded.

“Hungary was the best moment, leading the race until two laps from the end and finishing second and the worst moment was Japan, with the terrible feeling because of Jules’ accident and then in the race I did only three corners before retiring.”

Kimi  Raikkonen: “We have to believe”

It was here in 2007 that Kimi Raikkonen won the World Championship with Ferrari, but today in his media session he reflected on a somewhat less successful year. “Every season when you don’t win the championship, you can more or less forget it,” said the straight-talking Finn. “You are here to win races and championships and if you don’t manage it you have failed, whether you are second or twentieth. It’s been a hard year but we have learned things that will help us in future.

But it’s not much fun when you have difficulties race after race. That’s how it goes sometimes in Formula 1, but we have to believe in what we do and I’m sure we can get back to where we should be. During this year, we improved a lot on the engine and electronics side and for sure the car has got more downforce now. It’s a much better car than it was at the beginning of the year.”

My driving style is more to try and carry the speed in the corners, keeping the speed mid corner.

So would next year’s car fix the problem? “I’ve seen numbers from it and so on, but it’s the same story every year; you don’t really know until you get the car on the circuit,” replied the Scuderia Ferrari driver. “They started very early on the design of next year’s car and the designers listened to us and made some changes to try and improve in areas where we feel this year’s car has been lacking in performance. I believe we can have a much better car and a much better package. How good? We will know in February next year.”

Raikkonen then went on to explain exactly why he does not get on with the F14 Ts tendency to understeer in corners. “Since go-karts, if the front end doesn’t turn in and bite, I have never liked it. My driving style is more to try and carry the speed in the corners, keeping the speed mid corner. That’s the way I’m used to doing it and obviously I change my style a little every year.

I believe that is the fastest way for me and if I can’t put the car where I want and brake the way I want because of locking wheels or sliding from the front, then it’s going to become a guessing game and if you miss the line through one corner then you miss it through the next ones. It sounds a small thing, but over a lap it becomes quite a big deficit.”