Ferrari has introduced a detailed update to its SF70H for the Belgian Grand Prix as it bids to take the challenge at the Spa-Francorchamps track.

With the Maranello outfit having struggled to match its main title rival on high-speed circuits like Spa, many predict that it is Mercedes that will hold the edge when the F1 season resumes this weekend.

But after its 1-2 finish in Hungary last time out, Ferrari has shown how determined it is to turn the situation around with some interesting tweaks after the summer break.

Giorgio Piola's exclusive photographs from the preparation day at Spa show that Ferrari will be running with a new front suspension – featuring a third damper.

It is understood this new configuration was trialled in the post-Hungarian Grand Prix test, with the team making the changes in a bid to help better manage its ride-height and rake angle.

As the image above show, it is possible to see a new third shock absorber as well as a larger and more threaded spring – plus numerous components that are likely intended to help gather data during Friday practice.

It is likely that the team will hope that better management of the rake angle will help produce a lower drag for Spa's long straights without compromising its cornering performance. 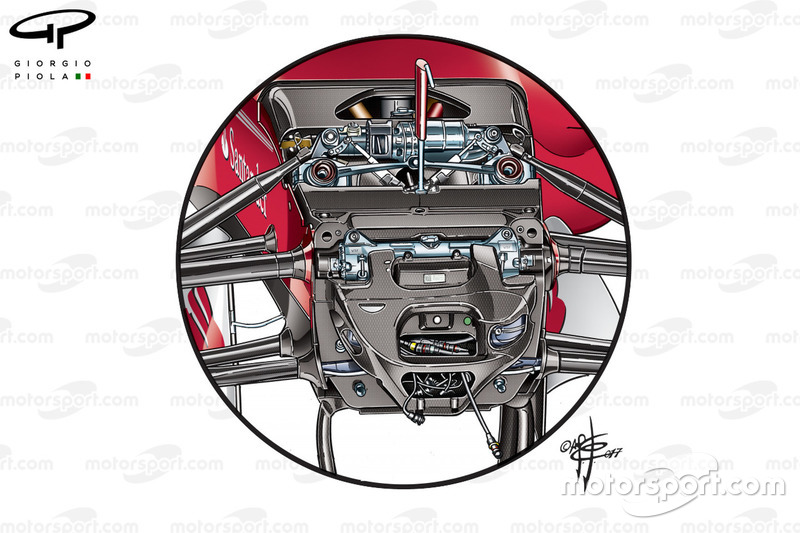 As well as the changes to the suspension, Ferrari has made some revisions to its wings and floor too. 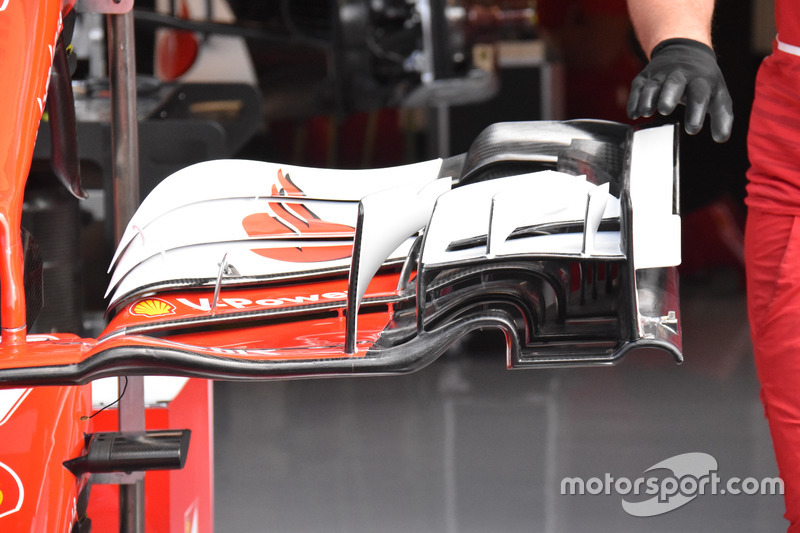 The front wing and the endplate have been re-profiled to make it better suited for the lower drag demands of Spa, while at the rear of the car, Ferrari has a new configuration of holes ahead of the rear wheel.

Instead of the seven holes that were present in Hungary, Ferrari will be running with just six holes this weekend – plus the addition of an extra bodywork 'handle' element similar to what which Mercedes has been using since the Spanish Grand Prix. 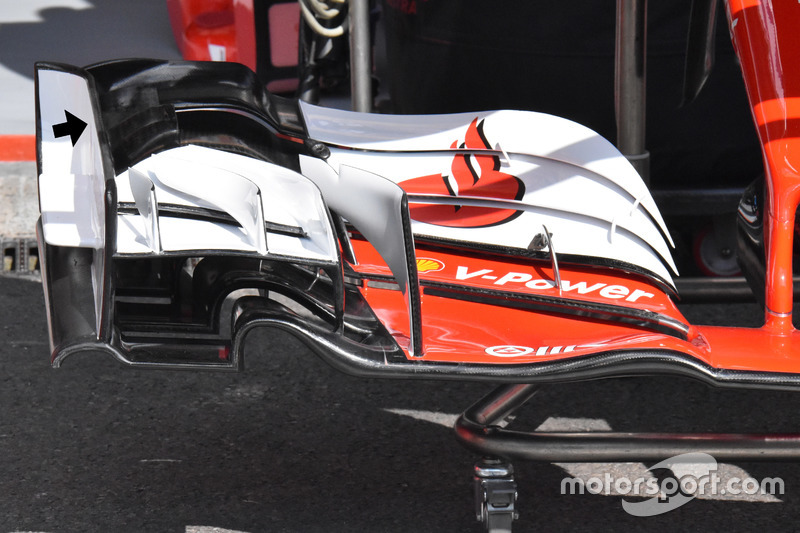 Vettel hopes that the improvements Ferrari has made, allied to the aggressive choice of tyres Pirelli is bringing, should deliver the team a better result than it produced at the British Grand Prix last month.

"If we had to race at Silverstone again, we would do a lot better," he said. "We just didn't get a good weekend all together. It's true Mercedes was very strong there. The fact that it's likely to be similar here obviously for us makes it fairly straightforward.

"I think we have only to gain. Because of how strong they were at Silverstone and some similarities, they are the favourites going into here. But we don't want to settle behind them, we want to attack."

Hamilton: Vettel doesn't want to be my teammate

Formula 1: Netflix would ‘think about’ buyout to stream races