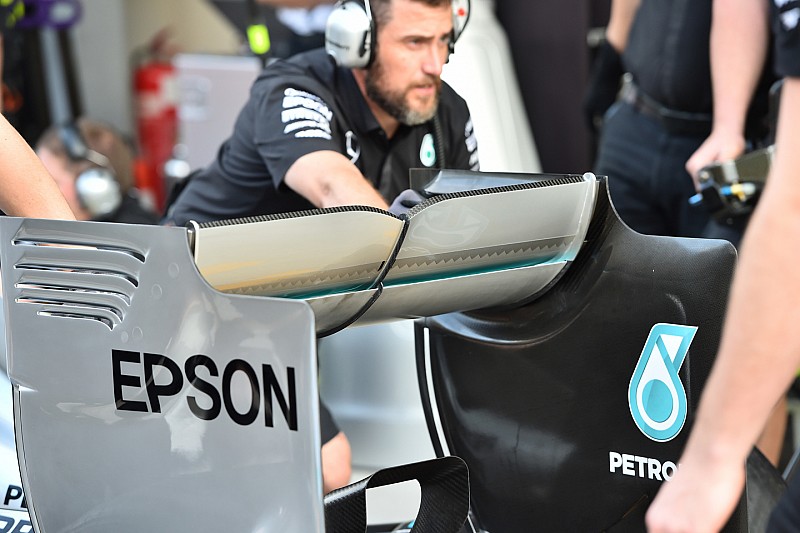 Formula 1 heads to one its outlier circuits in Baku this weekend – with the demands of the super long straight and twisty city section throwing up a unique challenge.

Over the past two years, teams have quickly realised that straight line speed is essential for success in Baku, which means taking off the downforce levels and trying to find low-drag solutions.

The recent Chinese Grand Prix offered us a first glimpse of how F1's main title protagonists Ferrari and Mercedes will be approaching this year's race in Azerbaijan – as they devoted some practice time in Shanghai to evaluating parts for the next race.

Ferrari and Mercedes both trialled their own versions of spoon-shaped rear wings in China, which are designed to deliver a significant reduction in drag while maintaining as much downforce as possible.

This is achieved by maximising the central section of the wing, recovering downforce, whilst the shorter chord height of each element at the outer section induces less drag. 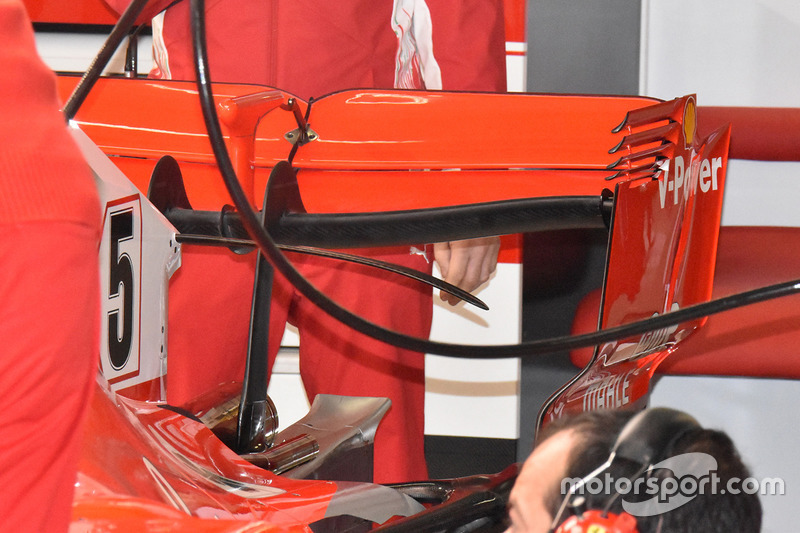 It is worth noting that while Ferrari does not ordinarily utilise the open-end style endplate louvres, this wing has been designed with them in mind as the aerodynamicists look to work differently the vortex created at the wing tips. 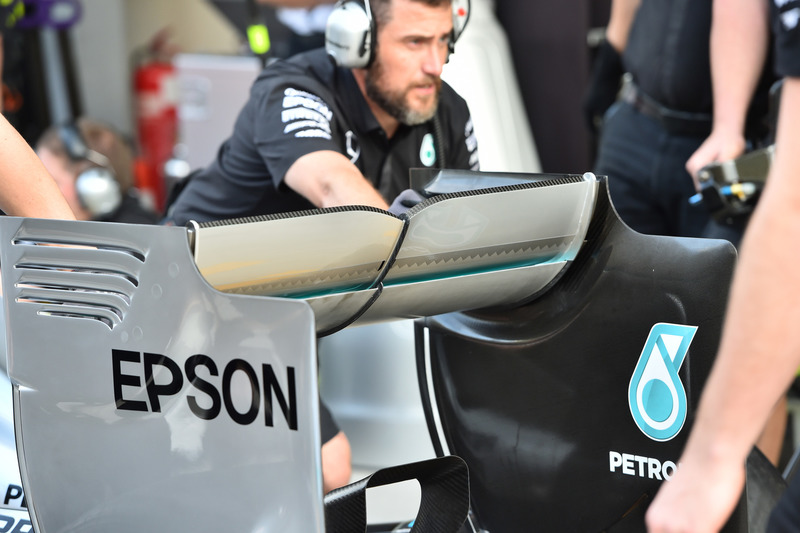 Mercedes, already a champion of the open-end style louvres, also looked at a solution that it has used in the past.

It attached a serrated strip that was affixed to the trailing edge of the mainplane.

The team played around with this style of serrated tape on the rear wing towards the end of 2015, before a full blown installation as part of its mainplane's trailing edge in 2016. 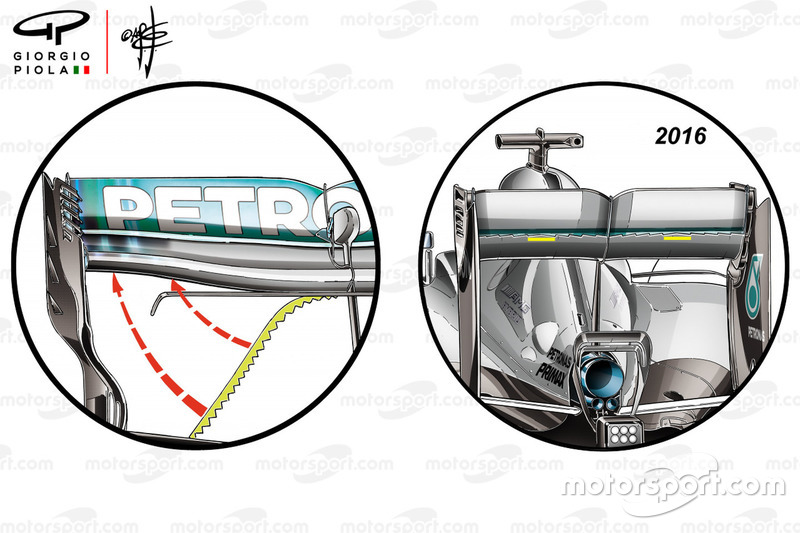 The solution is used in order to improve the efficiency of both rear wing elements, giving them more options in terms of the angle that the wing is run at.

How the serrated tape works

This strip, with the saw-tooth facing rearwards, is placed just behind the throat of the wing where the airflow is starting to get a little lazy. The small vortices that this sawtooth sets up will re-energise the airflow, making the main plane of the wing perform more consistently when the DRS is opened.

It will also help to get the airflow to re-attach faster to the flap section when the DRS is closed. This is vitally important to get driver confidence in the braking areas when you are running reduced downforce levels.

Mercedes tried something similar in 2016, but this was in the slot-gap area to improve the airflow reattachment on the flap section of a much larger-section rear wing.

Stroll: Baku win was mine if I'd defended harder

F1 could use Aston Martin against Ferrari quit threat