Ferrari: Mercedes’ development rate not a worry for F1 2023

Ferrari insists it is not alarmed by Mercedes’ recent Formula 1 progress, despite falling behind its rival at several races.

While the Italian squad started the 2022 season as the team to beat, it eventually lost out to the fast-recovering Red Bull, which went on to claim both championship titles.

More recently, however, Ferrari has seen Mercedes emerge as Red Bull’s main threat at some races, with its own F1-75 lacking performance.

This has come with Mercedes having got on top of the early bouncing problems it had with its W13, and being able to finally unlock the potential it knew was always in the car.

Mercedes’ progress points to the team being back in contention for wins next year as it looks poised to switch some key concepts of its challenger.

And that could leave Ferrari facing another season of disappointment in not being able to fight for the crown, having failed to capitalise on it having the best package at the start of this year.

But Ferrari team principal Mattia Binotto think the current competitive picture between his outfit and Mercedes does not reflect the true situation for next year – because he says Maranello switched off development of its 2022 car early to shift focus to next year.

“Mercedes is coming back right as they have developed the car more than we did,” he said.

“We know as well ourselves that we stopped quite early the development of that car to focus on 2023. So I'm not too concerned by the rate of development because I know, as well, when we stopped developing it.” 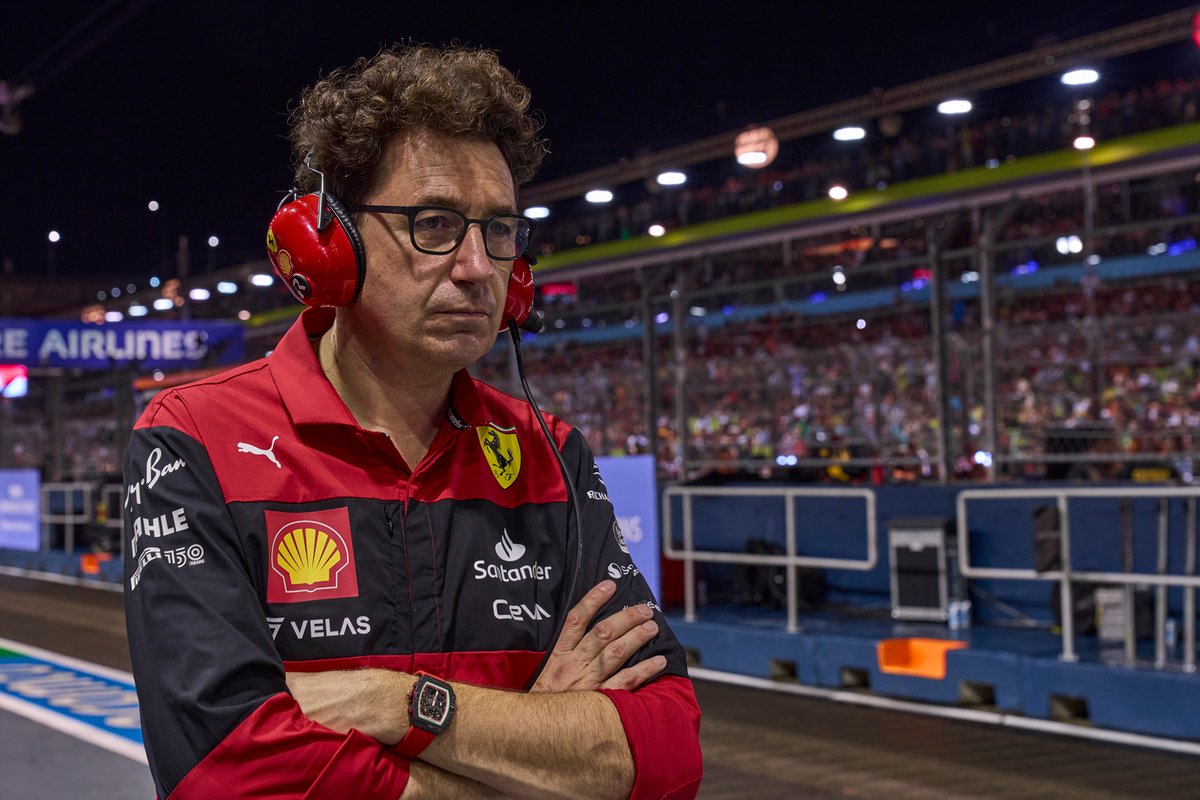 Ferrari has not won a race since the Austrian Grand Prix in July, when Charles Leclerc came through to beat Max Verstappen. Since then, Red Bull has won every grand prix.

While Ferrari has clearly been chasing better results than it was able to deliver, Binotto sees no need for concern about the situation.

“Certainly if I look at the last races it has not always been great, but in Singapore I think we have been very competitive,” he said.

“Japan was in the wet, and we were not as fast, but it was not a drama and certainly not in the quali. In the States, Austin, I think that in the quali we were competitive, but not as much as we would have expected in the race.

“[In Mexico] it's a lot worse, but I don't think it's the same trend because Singapore competitive, Japan not too bad, USA good quali.

“But the duty is first to try to analyse what's going on and what has been the main issues here in Mexico, and try to be back competitive for what is our level of competitiveness at least for the last two races, including Sao Paulo. So we hope certainly to be there and to fight for a better result.”