The Petersen Automotive Museum in Los Angeles is showing its first-ever exhibit dedicated solely to Formula 1, with 10 cars and a 180-degree immersive video.

The cars have been loaned by Juan Gonzalez, chairman of the board of Mission Foods, one of Arrow McLaren SP IndyCar team’s sponsors, who was primary on Juan Pablo Montoya’s Indy 500 entry this year.

The exhibit will “offer opportunities to educate visitors about extreme vehicle aerodynamics, unusual materials such as soft racing tire rubber and other unique facets of F1 car design and construction”.

“‘Pole Position’ is guaranteed to excite our guests, especially those who are avid F1 fans or gearheads,” said Petersen executive director Terry L. Karges. “Seeing these cars up close and personal is a rare opportunity.

“Anyone who is fascinated by the mechanics of speed and aerodynamics will be entranced by this stunning display of sophisticated machinery.”

“Pole Position: The Juan Gonzalez Formula 1 Collection” opened to the public July 24 and is on display in the Charles Nearburg Family Gallery until June 5, 2022. For more information, visit Petersen.org.

The Petersen Automotive Museum is located on Wilshire Boulevard along Museum Row in the Miracle Mile neighborhood of Los Angeles, CA 90036. 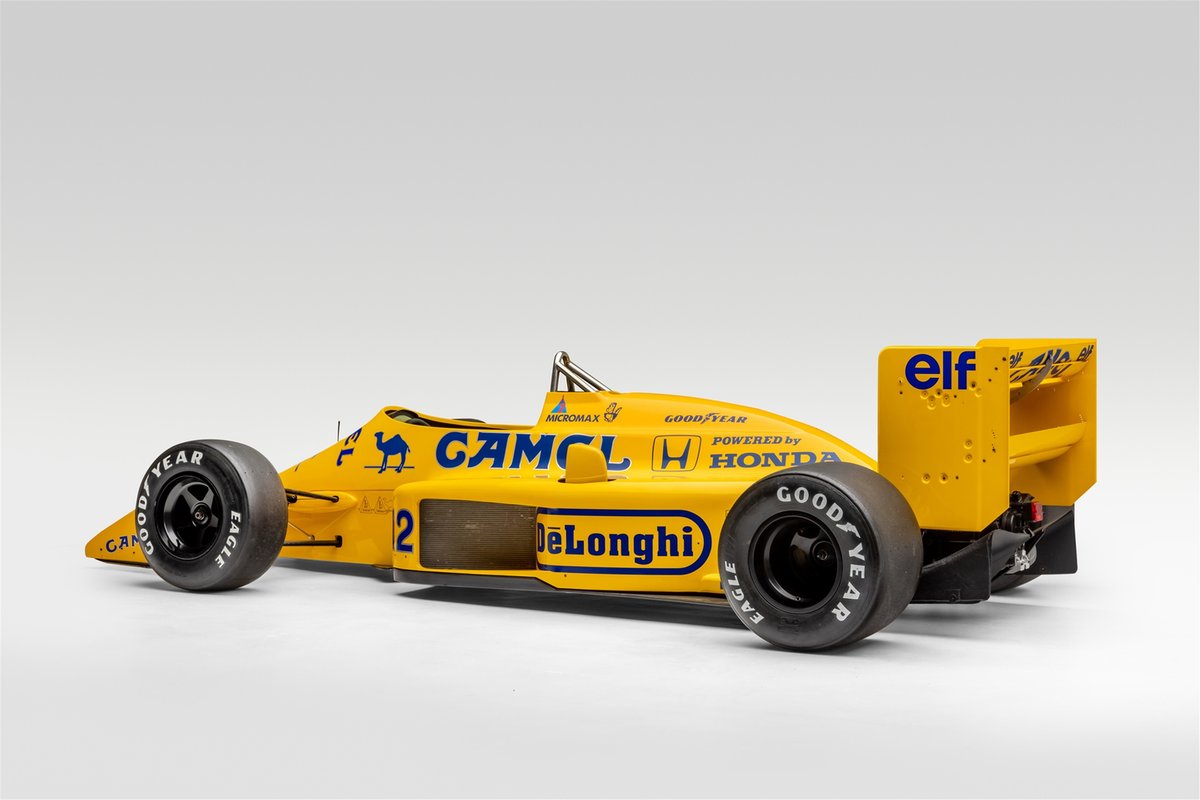 The earliest model on show is a 1987 Lotus 99T-Honda, the active suspension type that Ayrton Senna drove to victory in Monaco and Detroit that year, on his way to third in the championship.

Arguably the main curio for F1 geeks is the 1994 Williams FW15D-Renault, a model that never raced. It was the previous year’s dominant FW15C, as designed by Adrian Newey and driven by Alain Prost to his fourth and final title, but with its active suspension and traction control systems removed. This was Williams’ interim car before 1994’s pukka FW16 was available to test, as Formula 1 started an era when such electronic ‘gizmos’ were banned.

The 1995 McLaren MP4/10 (including ‘B and C’ derivatives) was not a massively successful car – nine top-five finishes including two runner-up finishes in the hands of Mika Hakkinen – but was significant as the first of the collaborations between McLaren and Mercedes-Benz, a partnership that would last 20 seasons (and has restarted in 2021).

The Ferrari F399 scored six wins in 1999, Eddie Irvine forced into the Scuderia’s lead driver role for much of that season following Michael Schumacher’s leg-breaking shunt at Silverstone. He ultimately fell short of defeating Hakkinen to the drivers’ title, but he, Schumacher and Schuey’s sub Mika Salo accumulated enough points to earn Ferrari its first Constructors’ title in 16 years.

The ‘shrink-wrapped’ look of the McLaren MP4-20-Mercedes is quite startling – although less so to any student of Newey’s designs – and is highlighted by the subtle gray/silver/black colorscheme of the team’s sponsor, West cigarettes. The car scored 10 wins that year thanks to Kimi Raikkonen and Juan Pablo Montoya, and only unreliability prevented Raikkonen beating Ferrari’s Schumacher to the crown.

Although bearing the number of his 2008 title-winning MP4-23, the Lewis Hamilton-liveried McLaren on show is an MP4-24, and the new F1 regulations to which the designers were constrained for 2009 is immediately apparent in the car’s tall rear wing, full-width front wing and absence of aerodynamic flicks and strakes on its bodywork. Hamilton scored two wins but Brawn GP dominated the first half of the season and Red Bull Racing was on the rise…

The McLaren MP4-26 took Hamilton and Jenson Button to six wins and fifth and second in the 2011 championship respectively, despite this being an era when Newey’s designs for Red Bull Racing were trampling the opposition more often than not.

The 2013 Ferrari F138 will be seen as significant for two reasons. It was, of course, the final Formula 1 Ferrari designed with a naturally-aspirated 2.4-liter V8 before grand prix racing switched to hybrid regulations for the following year. It is also the model in which Fernando Alonso scored his 32nd and 33rd grand prix victories – so far, his most recent…

The Scuderia Toro Rosso STR12 was the last Renault-engined car by the little Faenza-based team and is significant as the first F1 ride for Pierre Gasly, the team’s star over the past 18 months in which he scored an underdog win at the Italian Grand Prix.

The 2018 McLaren MCL33 is the first of the team’s three Renault-powered models, and while not successful, it is important as the last model in which Alonso raced for the team in F1 before taking a two-year sabbatical to (successfully) tackle the World Endurance Championship, the Le Mans 24 Hours and the Rolex 24 Hours at Daytona. The MCL33 also shows the Halo device around the cockpit, which was mandated by the FIA from the start of that season. 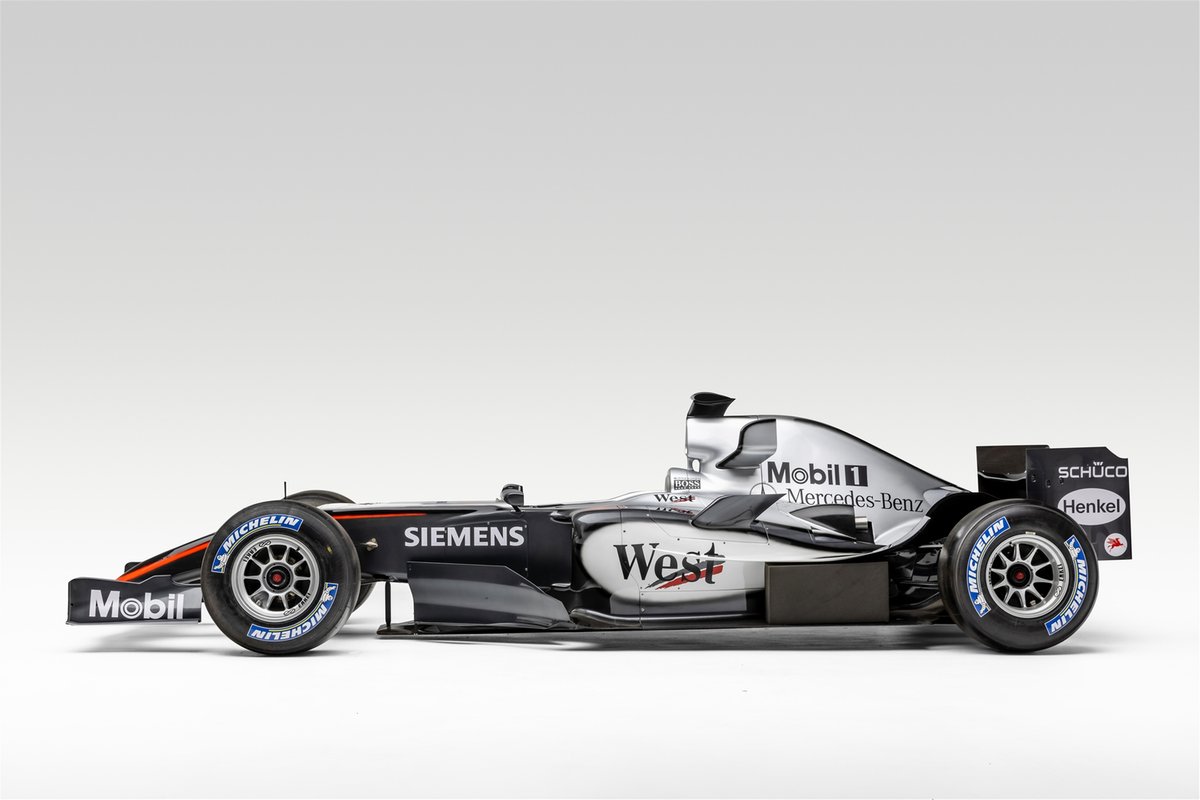