Ferrari found itself at the centre of another technical controversy ahead of the Abu Dhabi Grand Prix when the FIA found a discrepancy with its fuel declaration.

With the Italian outfit having been under recent scrutiny from rival teams over its power unit in the wake of a number of technical directives, there was fresh intrigue on Sunday when the FIA found a ‘significant difference’ between the fuel amount Ferrari had declared before the race and what had actually been found in the car.

It prompted yet another wave of theories about whether this was part of a clever trick Ferrari had been using or a simple administrative error.

In the end, Ferrari was fined 50,000 Euros for the 4.88kg difference between what it declared was in the car and what there actually was.

Here we look at the procedures that were introduced for the start of the season, and the areas where the FIA says teams will be reported for rule breaches.

What the rules say

As part of F1’s fuel limit rules, teams have long had to declare how much fuel they plan to put in the car for the race.

Furthermore, FIA technical boss Jo Bauer and his team have the right to weigh the cars before and after the race in order to determine exactly how much fuel has been used – and how that matches up with what has been recorded by the fuel-flow meter.

Ahead of the start of this season, TD12-19 was issued to all teams by F1’s head of single-seater matters Nikolas Tombazis outlining how fuel measurements would be taken.

Teams have to declare the amount of fuel they intend to put in the car – which covers the laps to the grid, the formation lap, the race and the in-lap – at least two hours before the race start. 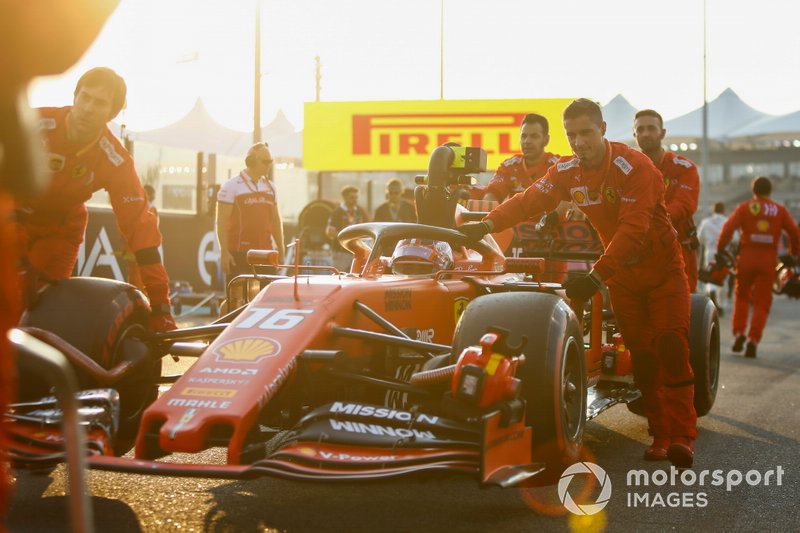 This amount of fuel has to be in the car's tank no later than one hour before the pitlane opens, after which time no fuel chilling will be allowed.

The FIA then reserves the right to randomly check cars before the race, with the car weighed with a set of "travel wheels" marked by the FIA and with a known weight.

The team will then be asked to drain the fuel tank, with the fuel pump then run to ensure that all remaining fuel goes into the collector – and the FIA will then make sure that there is nothing left in the car.

Following the race, the FIA can again choose cars for random fuel checks, after the usual parc ferme procedures have been carried out. The car will be weighed with the same marked travel wheels used in previous checks.

As before, the team will be asked to pump out any remaining fuel, and the FIA will make sure that none remains in the car. A further weight check will be used to determine that mass of fuel that has actually been used from the laps to the grid to the in-lap. The car will then be weighed again. 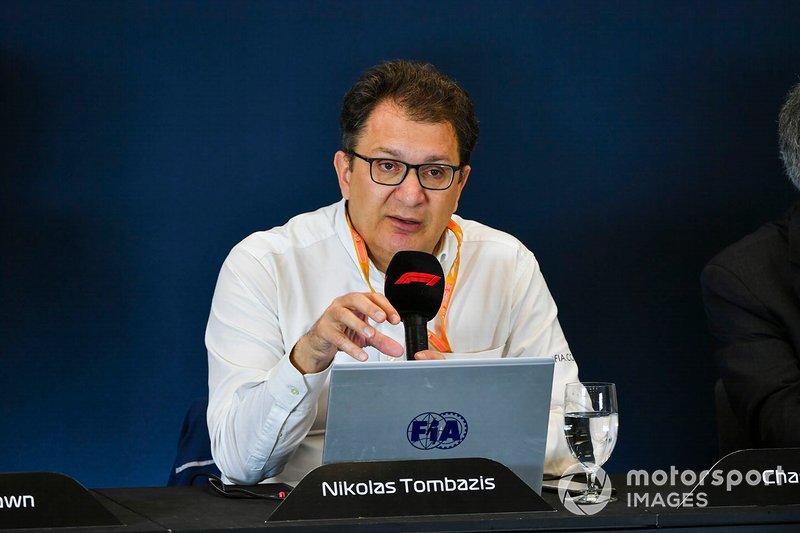 The 2021 Formula 1 technical regulations are unveiled in a press conference, Nikolas Tombazis

In the TD, Tombazis notes: "The difference between the pre- and post-race fuel masses will be assumed to be the measured fuel mass used (which clearly includes laps to the grid, formation laps, fire-ups etc.).

"It can be compared to the integrated FFM [fuel flow meter] figures and to the fuel injectors model figures in order to provide confirmation of the validity of these readings.

"Please note that the pre-race fuel mass that gets used for this calculation is either the declared mass, or the measured mass if this has been randomly checked."

Tombazis gave a very specific list of situations which may trigger further investigations, and/or the team concerned being reported to the stewards. It reads as follows:

1. If the fuel pump-out procedure differs from the declared and documented process that the team is required to communicate to the FIA in advance.

2. If a significant volume of fuel is found in the car after the fuel has been pumped out using the above procedure.

3. If the team fails to make a fuel mass declaration more than two hours before the pit lane opens, or if the declared amount of fuel is significantly different to what gets drained in the event of a random check.

4. If the comparison between the integrated fuel flow meter signal and the measured fuel mass consumption shows the former to be lower than the latter.

5. If the fuel mass used for the race, assessed with the car weight comparison, exceeds 110kg, as required by Article 30.5 of the F1 Sporting Regulations.

6. If software inspections and/or data analysis show significant operational differences between qualifying and the race.

It was point number three that Ferrari fell foul of in Abu Dhabi, although there has not yet been an official explanation for where the difference originated from. 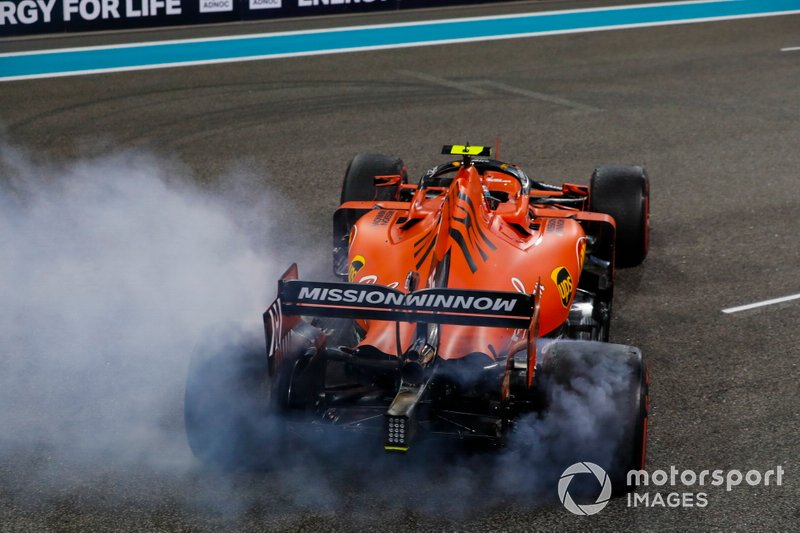 Ott Tanak will spearhead M-Sport Ford’s 2023 World Rally Championship attack after securing a deal to reunite with the squad where his top flight rally career began.