Ferrari learned "a lot of small, significant" things in 2020

Ferrari's sporting director Laurent Mekies claimed the Italian team has had "a lot of small, very significant achievements" during a troubled 2020 Formula 1 season, offering hope it can turn around its fortunes in 2021. 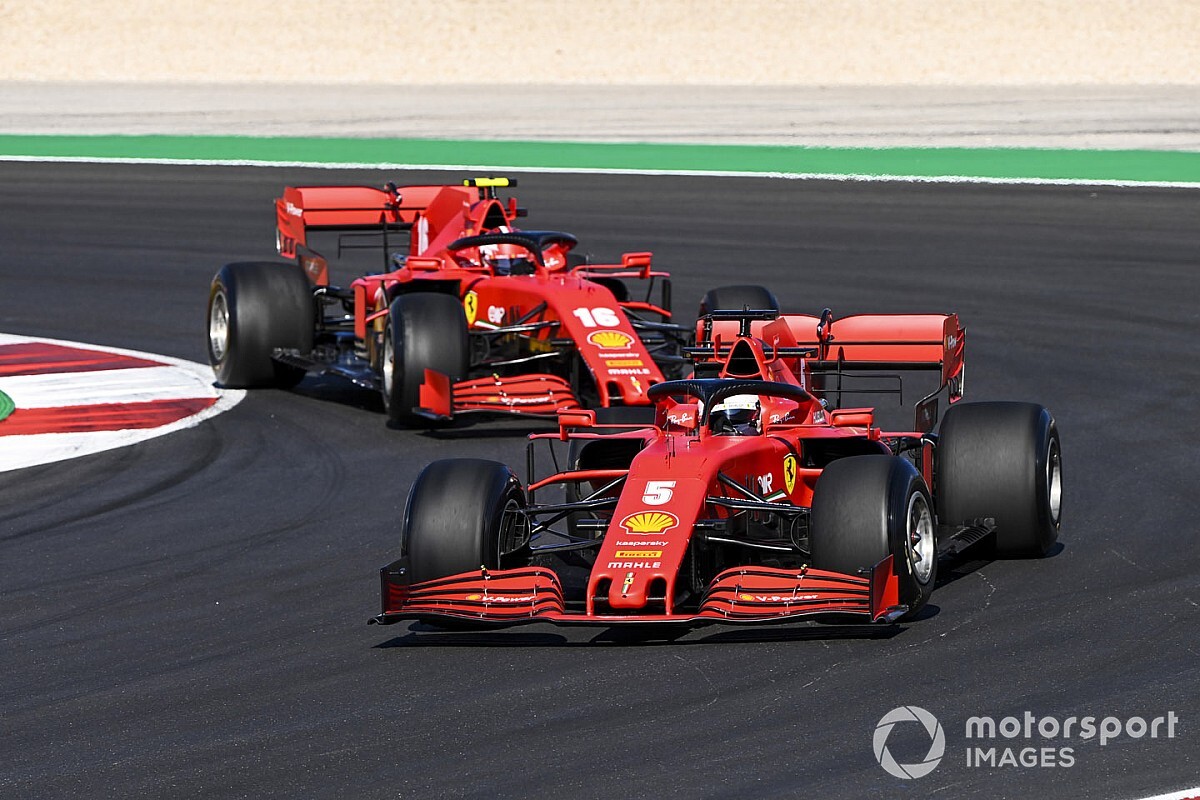 In 2020 Ferrari endured its least competitive season in recent history. The Scuderia's sixth position in the constructors' championship was the team's worst result since 1980.

Drivers Charles Leclerc and Sebastian Vettel could only manage a combined three podiums as the team suffered from a lack of both aerodynamic and engine performance with the SF1000.

While Ferrari has a chance to introduce an all-new power unit for the start of the 2021 season, the sport's cost-saving measures in the wake of the COVID-19 crisis mean that teams will have to continue using their current chassis next season.

Aerodynamic development is allowed, but further meaningful changes to the cars are subject to a restrictive token system.

Despite the more limited options to dramatically overhaul its car, Ferrari is confident is has learnt a lot of valuable lessons that will carry over into 2021.

"There were a lot of small, very significant achievements in the year, that were unnoticed because we were at the back," said sporting director Mekies, who was Ferrari's most senior staff member at the Abu Dhabi Grand Prix in the absence of team principal Mattia Binotto.

"It's something that hopefully will make us stronger, and that we will carry on to the next year.

"What we take from that is even in such hard time, in such globally difficult conditions, the way we have tried and pushed our limits.

"When you are back there, you are down to take more risk, drivers are taking more risk, the team takes more risk because that's what you have to do to get a good result.

"That sort of getting out of the comfort zone, if you can call it a comfort zone, certainly will make us stronger in the future."

Ferrari earlier announced it would use both development tokens to redesign the rear-end of the car in a bid to improve the synergy between the existing chassis and the latest development of the SF1000's aerodynamics.

The 2020 specification of the car proved to be a handful to drive compared to some of its rivals, with Leclerc and particularly the departing Sebastian Vettel often struggling to get to grips with their machines.

While Leclerc drove a strong season to finish eighth, Vettel ended his six-year Ferrari tenure with a disappointing 13th place in the drivers' standings.

Mekies explained that Ferrari realised early on that the 2020 season would be "extremely difficult", but that the compressed nature of the COVID-19 affected season meant it would take a very long time to rectify its issues.

"In Barcelona [winter testing] we quickly realised that we had serious concerns about some of aspects of the performance of the car," Mekies added.

"And then we went into that crazy situation, where we all jumped into COVID at that stage, and couldn't touch all problems of the car for a few months.

"I guess there were indications there that the season would be extremely difficult, as it turned out to be."

Alonso will have disadvantage on 2021 F1 return - Renault

Why criticism of F1’s latest controversial locale misses the point