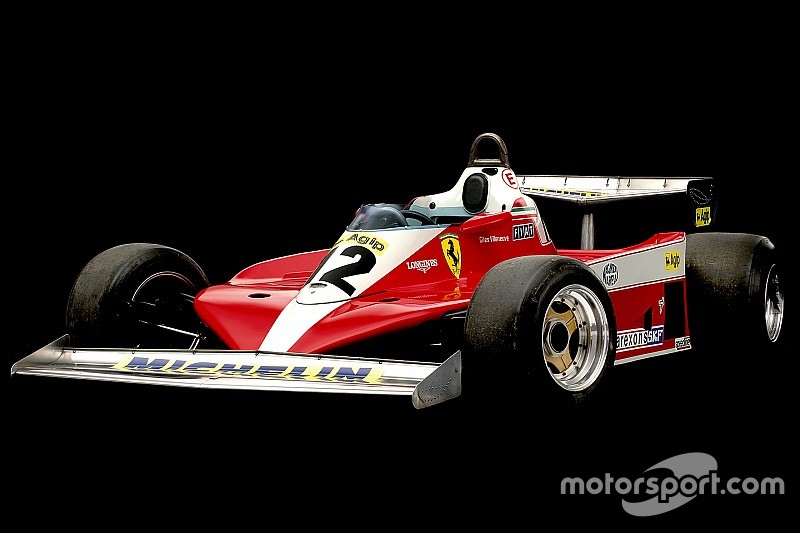 The Ferrari 312T3, introduced mid-season in 1978, helped Formula 1 legend Gilles Villeneuve to a maiden grand prix win - even if it was powerless to see off the revolutionary Lotus 79 over a full year.

Ferrari lost one legend after the 1977 season when Niki Lauda left for Brabham, but gained a new one for the following year in Gilles Villeneuve.

Driving the Ferrari 312T3, Villeneuve won his first grand prix on home soil in Canada and went on to become arguably the most famous driver in the marque’s history.

Ranged against an army of Cosworth V8s, and BRM and Matra V12s, Ferrari's mighty three-litre flat-12 had character and power in spades.

But what it didn't have was a decent chassis to fire into the distance. All that changed, though, with the T generation of 312 cars in 1975.

This came about after a typical Ferrari clearing-of-the-decks in which Enzo appointed a young Luca di Montezemolo to run the team, who, in turn, rescued engineer Mauro Forghieri from corporate exile.

Forghieri's comprehensive re-engineering of the 312 concept focused primarily on weight distribution, with a redesigned aluminium monocoque chassis and a new transverse five-speed gearbox.

The flat-12 engine already carried its weight low, but its sheer length had entailed hanging the gearbox behind the rear axle - creating terminal understeer.

Packaging the transmission ahead of the axle sweetened  the handling to title-winning effect.

By 1978, though, the game had moved on, and the arrival of Michelin had kicked off a tyre war.

Sensing an opportunity, Enzo Ferrari threw in his lot with the ambitious French tyre firm. Forghieri duly redesigned the 312T from nose to tail, creating the 312T3 with an updated chassis, a longer wheelbase, double wishbones replacing rocker arms, and new bodywork fettled in the Pininfarina windtunnel.

It was a dream pairing, and when Reutemann won the second race of '78 in the old T2, then followed that up with victory at round four at Long Beach, in the new T3, it seemed he had a shot at the title.

Unfortunately for Reutemann, in Belgium Lotus introduced the 79, a car that would redefine the genre.

A Ferrari feature showcasing some of the famous Italian marque's cars, including the Ferrari 488 GTE and the Ferrari FXX-K Evo, will be the main feature at Autosport International in 2018, held on January 11-14. For ticket information, click here.