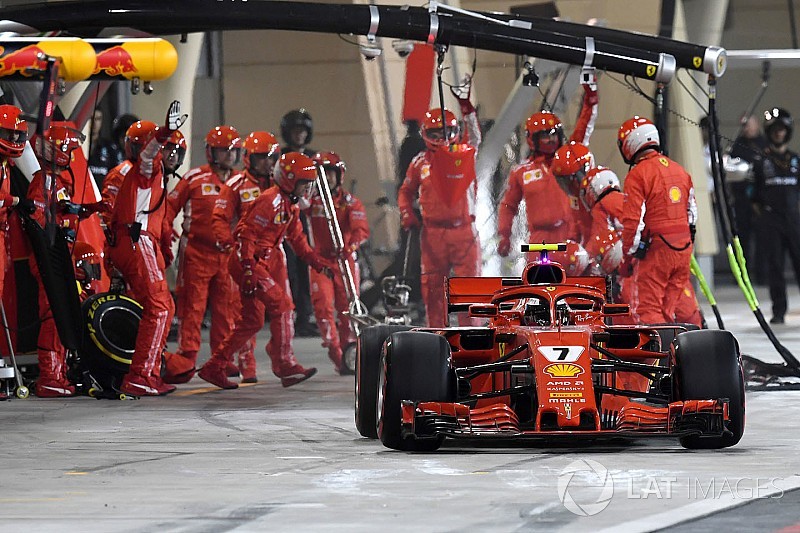 Ferrari has been fined 50,000 Euros for the botched pitstop that ended with one of its mechanics suffering a broken leg at the Bahrain Grand Prix.

Kimi Raikkonen had come into the pits for his second stop of the race when there was a problem at the left rear of the car.

Despite the wheel not having been removed, Raikkonen was instructed that the stop had been completed and he left the pit box.

As he accelerated away, he hit the mechanic who had been standing there with the replacement wheel – running over the crew member's leg and breaking it.

The FIA summoned Ferrari to hear its explanation for what had gone wrong, and in the end handed down a hefty 50,000 Euro sanction.

In a statement issued by the stewards, the FIA said: "The Stewards determined that the car was released unsafely in breach of Art. 28.13 a). The team released the car in a manner endangering team personnel and causing injury."