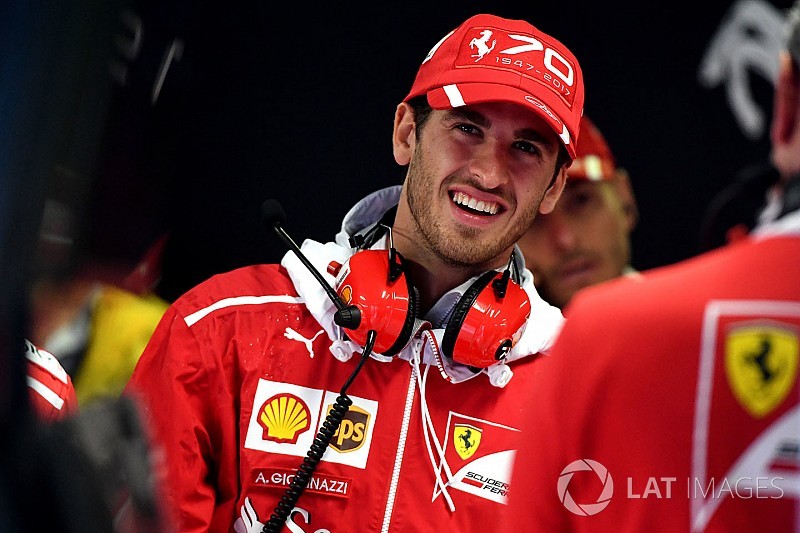 Ferrari is considering a bold plan to place both its junior drivers Charles Leclerc and Antonio Giovinazzi at Sauber next year in a move that would effectively create a Maranello B-team.

While it has been no secret for a while that Ferrari was looking to place one of its youngsters at Sauber in 2018, it has now emerged that there is a chance both men could end up racing there.

Motorsport.com has learned that Ferrari president Sergio Marchionne and F1 principal Maurizio Arrivabene flew to Sauber’s Hinwil headquarters last week to discuss the driver plans – and the possibility of a Leclerc/Giovinazzi line-up.

Sauber team principal Fred Vasseur has openly talked of his desire to forge closer ties with Ferrari, and earlier this year Marchionne was clear about the need to secure racing opportunities for Leclerc and Giovinazzi.

“We need space because we have a couple of young drivers that are exceptional,” said Marchionne. “We need to find a place to lay the foundations for the Scuderia Ferrari of tomorrow."

There has been no official confirmation from Ferrari about its specific ambitions for next year, but it is clear that Sauber is now its only real chance to get Leclerc and Giovinazzi seats.

Haas, where Giovinazzi has been slotted in for Friday practice outings, has confirmed that it is sticking with Romain Grosjean and Kevin Magnussen next season.

Should the Ferrari plan come to fruition, then it would leave the futures of Sauber's current drivers Pascal Wehrlein and Marcus Ericsson in doubt.

While Wehrlein’s hopes will depend on what Mercedes wants to do with him, Ericsson’s departure from Sauber would be more of a surprise considering his backers have financial interest in the team.

However, there are already suggestions that he could target a move to Williams next year if Sauber and Ferrari go ahead with the plans for a Leclerc/Giovinazzi pairing.

Speaking after his Haas practice run in Singapore, Giovinazzi said he was still waiting to find out what Ferrari wanted to do with him next year.

"Now I'm just focused to do my best job in these last four FP1 with Haas and then it's a Ferrari decision. Of course the target is to be on the grid next year, but we'll see with Ferrari,” said the Italian.

Live: Follow qualifying for the Singapore GP as it happens