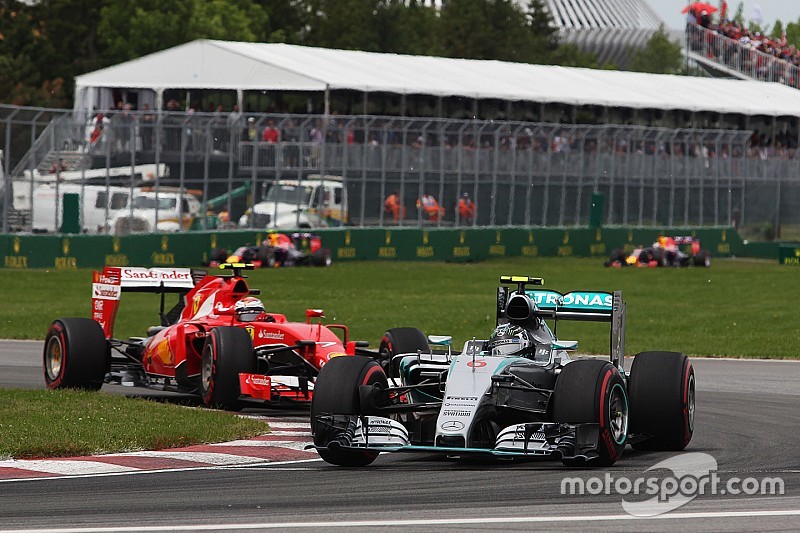 Ferrari fears that Mercedes has made a race pace leap that will make it even more difficult to close it down over the rest of the Formula 1 season.

Although Ferrari has been no match for Mercedes in qualifying this year, its strong form in the races has allowed it to put pressure on its rivals throughout the early part of the campaign.

However, after a dominant performance from Lewis Hamilton and Nico Rosberg at the Canadian Grand Prix, Ferrari chairman Sergio Marchionne says his rivals may have addressed a weakness.

In particular, he fears that although his outfit is making the improvements its needs, its relative pace with Mercedes could be static because Mercedes has unlocked extra Sunday speed.

When asked after the Canadian Grand Prix about what Ferrari needed to do for the next few races, Marchionne said: "Improvements on the bloody car, that is what we are trying to do.

"We are spending a lot of time making sure that we keep remedying the problems that we knew were inherent in the car."

Marchionne believes that the Canadian GP highlights that Mercedes has unlocked some extra pace for Sundays, which will make Ferrari's job harder.

"We always knew, and I had a long discussions with our team on this, that notwithstanding our understanding of the deficiency to Mercedes, that Mercedes would not stand still. We have seen it here.

"We have seen track performance that was a lot closer to what they were doing in qualifying. They appear to be closing the gap between race performance and qualifying laps.

"That is something that we knew was coming. To delude ourselves that we could continue to close our gap against a static position is nonsense.

"So we need to work our buns off; and work ever harder given the progress that they have made."

Ricciardo ‘doesn’t know where to start’ on Montreal issues

Manor may abandon plans to run new car in 2015