The news of Tambay’s death was communicated by his family to French news agency AFP on Sunday. He had been known to be suffering from Parkinson's disease, a progressive disorder that affects the nervous system, as well as diabetes.

Born on June 25, 1949, Tambay went on to spend a decade in F1, racing for some of the biggest teams in grand prix racing including McLaren, Ferrari and Renault.

He made his debut at the French Grand Prix in 1977 with Surtees but failed to qualify, before switching to Theodore Racing for the second half of the season.

His first campaign with McLaren the following year yielded a best result of fourth, which would remain his best result in F1 until he was called up by Ferrari to replace Gilles Villeneuve during the middle of the 1982 season following the Canadian's death at Zolder.

After claiming a podium finish in only his second race with the Scuderia at Brands Hatch, Tambay notched up his maiden victory at the German GP just weeks later. He later scored a memorable second-place on Ferrari’s home turf at Monza in the final European race of the season. 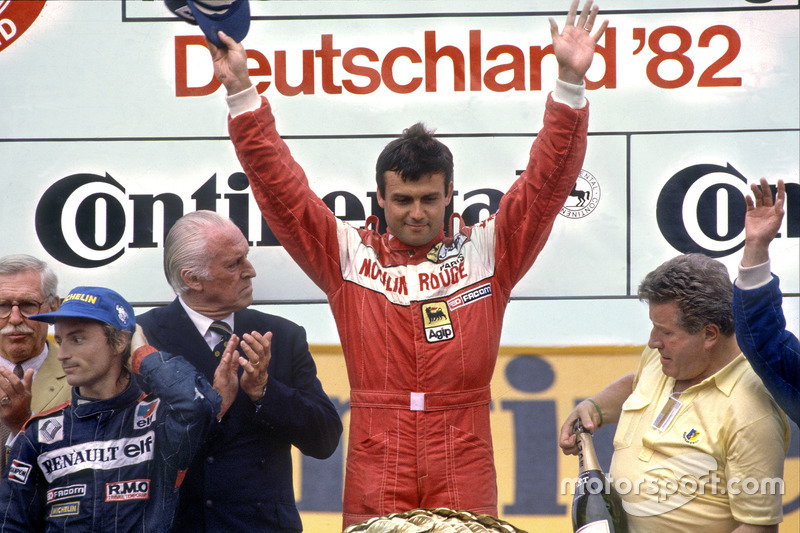 Tambay’s second and final win followed in 1983 at the San Marino GP, and he went on to achieve a career best fourth in the championship the same year behind title winner Nelson Piquet, Alain Prost and Ferrari teammate Rene Arnoux.

The Frenchman spent the two next seasons in F1 with Renault, adding three more podiums to his career tally, before completing one final year in grand prix racing in 1986 with Team Haas, his final points finish coming with fifth at the Austrian Grand Prix.

Tambay also made four appearances at the Le Mans 24 Hours, the first two of which with Renault in 1976-77 ended in retirement. A return to the French endurance classic in 1981 with Rondeau also resulted in a DNF, but he finally made it to the finish in 1989 with Jaguar, finishing fourth overall in the iconic XJR-9.

Tambay's other forays outside of F1 resulted in two titles in the Can-Am series in 1977 and 1980 with Carl A. Haas Racing.

He was behind the wheel of a racing car as recently as 2006, when he took part in two events of the Grand Prix Masters series.

Sebastian the Fifth – Vettel, the German number 5 in Maranello