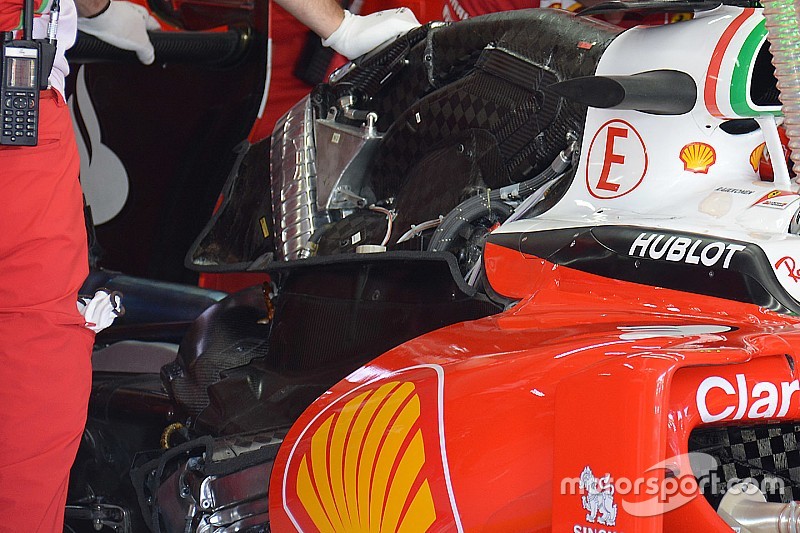 Ferrari is looking towards 3D printing technology in a bid to introduce an innovative piston design that could deliver a big step forward for its 2017 Formula 1 engine.

While Ferrari has maintained, under the orders of president Sergio Marchionne, a strict code of silence about its hopes for the season ahead, work is progressing hard at Maranello on ensuring a much-needed step forward.

Having put pressure on itself at the start of 2016 with bold declarations about winning the first race of the season, this year Ferrari's efforts are taking place under a shroud of secrecy.

Development of the 668 project is well advanced, and it is on schedule to make its public debut at Fiorano for a filming day on February 24 – with the car set to be unveiled on the internet as has been the case in recent years.

It is possible that the power unit that will be fitted to the car for the testing phase will be just a first step though, because back in the engine department, chief designer Sassi Lorenzo and Enrico Gualteri, who is responsible for assembly, are hoping to finalise bold changes that could deliver a big step forward in performance.

Technical director Mattia Binotto, who got transferred from the engine department, is expecting a breakthrough in the engine thanks to a final design that may have very little in common with the 2016 version.

The talk is that the main focus of change will be in combustion, with the chamber set for a considerable increase in pressure thanks to the latest work on the Turbulent Jet Ignition System that has been used in recent years.

It is suggested that there is a new micro-injector design from Magneti Marelli – which helps ensure the perfect flame for the ignition chamber to increase performance, but also minimises fuel use to reduce consumption.

The changes will put the engine under tremendous forces – with 400 bar pressure possible – plus a big increase in temperature that can be a threat to reliability.

To meet its targets, Ferrari is having to revolutionise its approach to engine design, and has decided to focus on innovation. Tests are now ongoing about a novel piston design concept that use a new steel alloy.

Although manufacturers are limited by the FIA in terms of the materials they can use, Ferrari is looking to move away from aluminium that is commonly used.

The reason is it wants to find something that is more resilient to the higher stresses (and thermal expansion) so does not compromise reliability.

Aluminium alloys are lighter than steel allows, but they have less ability to resist deformation and not break in extreme temperatures. Extra weight in moving parts like pistons is a big issue, so the focus has been on finding a solution that performs better and has more reliability.

To help its quest in finding the right alloy, Maranello engineers are evaluating the latest 3D printing technologies (known in the industry as Additive Manufacturing).

Using this technique allows engineers to build up thin layers on material one at a time, so it is possible to create complex shapes that have not been possible before using traditional casting and machining methods.

The degree of freedom that comes from 3D Printing, allied to the speed of production, has opened up a new frontier of design development for something that was once limited to prototyping plastic parts for wind tunnel models.

The use of materials like steel alloys – which in normal casting processes would be unsuitable for the production of an F1 piston – can now be considered because you no longer have to manufacture full surfaces. Honeycomb designs are possible.

Such honeycomb concepts bring the advantage of strength without the drawback of weight.

While Ferrari is unlikely to be alone in looking at this technology, Binotto is hoping to get the performance improvements on track as soon as possible – and it could be as early as the start of the season.