Ferrari expects to have an "easy discussion" with Carlos Sainz to extend his contract with the team after an impressive first Formula 1 season at Maranello.

Sainz joined Ferrari last season as a replacement for four-time world champion Sebastian Vettel, signing a two-year deal. He scored four podiums en route to fifth place in the drivers' championship during his first year with the team.

Sainz quickly formed a good relationship with new teammate Charles Leclerc as the duo combined to secure Ferrari third in the constructors' standings.

Ferrari sporting director Laurent Mekies said in Abu Dhabi he thought Sainz and Leclerc were "as good as it gets" as F1 teammates, while team principal Mattia Binotto revealed he planned to talk to Sainz about his future over the winter.

Speaking in his traditional end-of-season media call, Binotto expanded on his plans to talk to Sainz about a new Ferrari contract to secure his services beyond the end of 2022.

"As we said I think in the last race, we will discuss through the winter time the extension of his contract," Binotto said.

"So no doubt that we'll sit down and try to find an agreement. That will be part of the winter period." 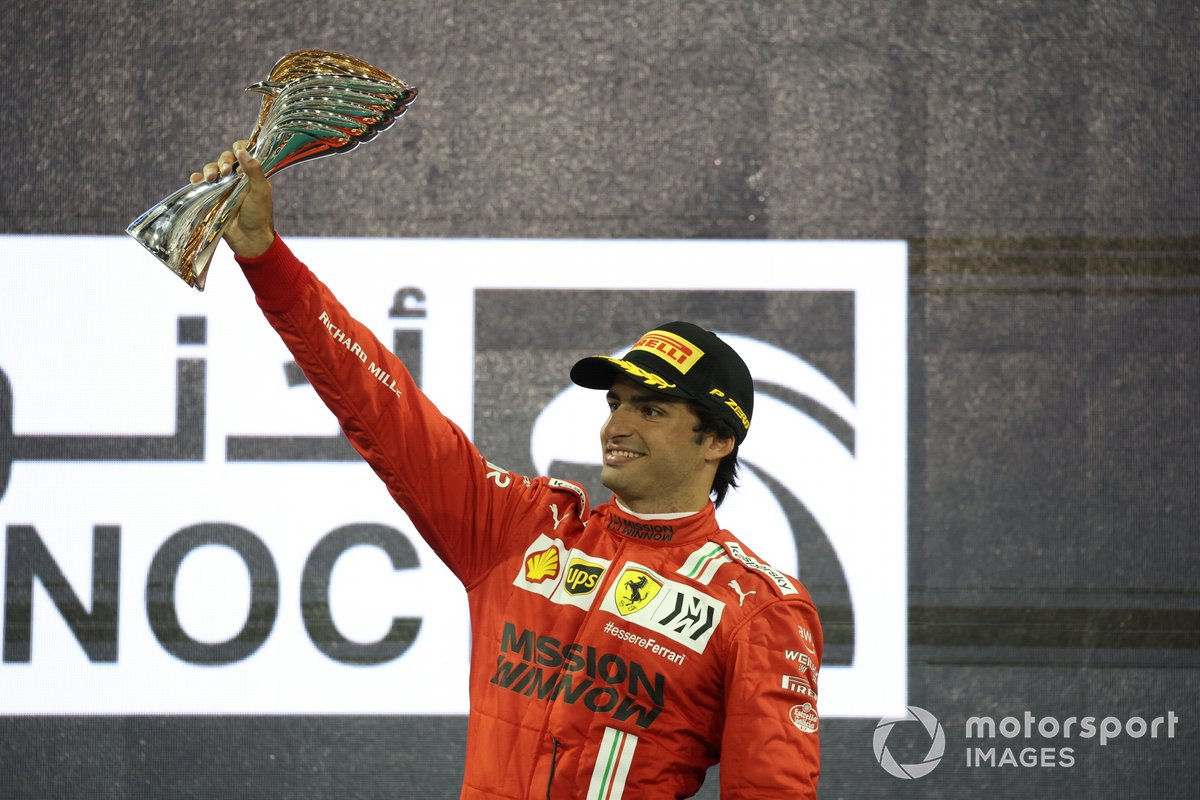 Binotto said during the media briefing that he was yet to formally talk with Sainz to review his season or discuss fresh contract terms, but anticipated it would be a straightforward conversation.

"I would like to sit down with him, I've not started yet the discussion with him," Binotto said.

"I don't know what he's got in mind as well as him, Carlos, as a driver. So today, there is not an answer to that.

"First I would like to understand how he's pleased, have a review of him with the season and look together to the future.

"It will be, I think, an easy discussion, no doubt. But so far we have not started, so I have no answer for you."