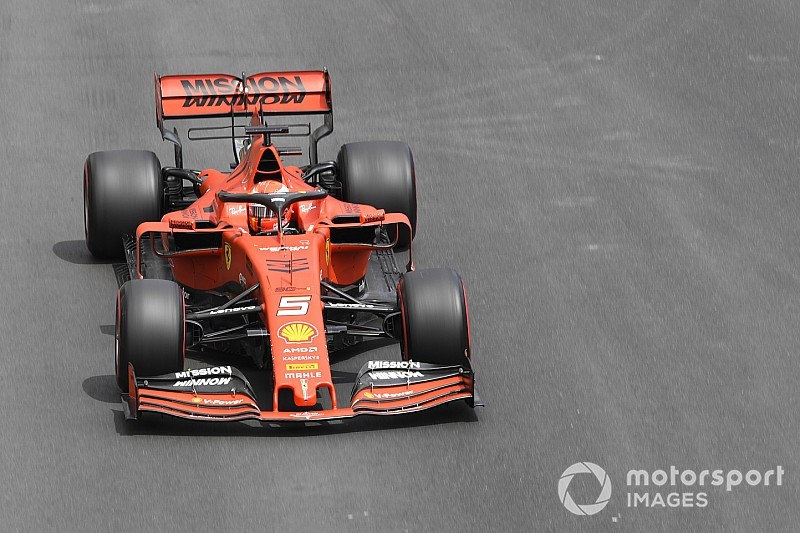 Ferrari team principal Mattia Binotto has revealed that he has put in place a new technical structure at his Formula 1 team as part of his push to get it back to the front of the grid.

Having taken over from Maurizio Arrivabene at the start of this year, Binotto says he has moved the team away from the horizontal management system it has had in recent years.

It had gone in that direction because it felt that this was a better way of allowing fresh input and new ideas from junior staff.

Now,  Binotto says he has shuffled things around and has appointed several key figures to oversee specific areas of car performance so he can better focus on longer term plans.

In an interview with Gazzetta dello Sport, Binotto said: "Since January we have reorganised. There is no longer the famous classical horizontal structure.

“We have identified four or five figures that have become my points of reference in the various areas. I am useful for filtering information and thinking about the future.

"2021 is around the corner with new regulations, cars that could be radically different and the budget cap that will force us to review certain production processes.”

Binotto did not elaborate on who his key figures were, but it is believed that his plans revolve around Laurent Mekies overseeing matters at the circuits, Enrico Cardile on the chassis, David Sanchez for aerodynamics and Enrico Gualtieri on the engines.

Although Ferrari has had a disappointing start to a campaign that it headed in to as favourites, Binotto thinks his team is not yet in the place it needs to be to properly challenge Mercedes – as he draws comparison with how the outfit was shortly before its era of dominance with Michael Schumacher.

“I prefer to make a comparison with the 1996/97 Ferrari,” he said. “A growing team, with solid foundations. We too are a young and hungry team. I see many similarities with then.

"For vision, desire to do, passion and talent I see that period again.”

Ferrari’s short-term focus is on finding ways to get its tyres to perform better, believing it is in this area that it is especially losing out to Mercedes.

But Binotto says there will be no radical overhaul of the SF90, as the Scuderia feels that a series of upgrades will be enough to help the situation.

"There will not be a Ferrari B, a completely modified car, but only a series of developments in the next races to improve the use of the tyres,” he said. “We have ideas, and we need to hurry, but it will take a few weeks."

Kvyat: Canada will be "good test" of Honda progress

F1 could move to carbon-ceramic brakes in future