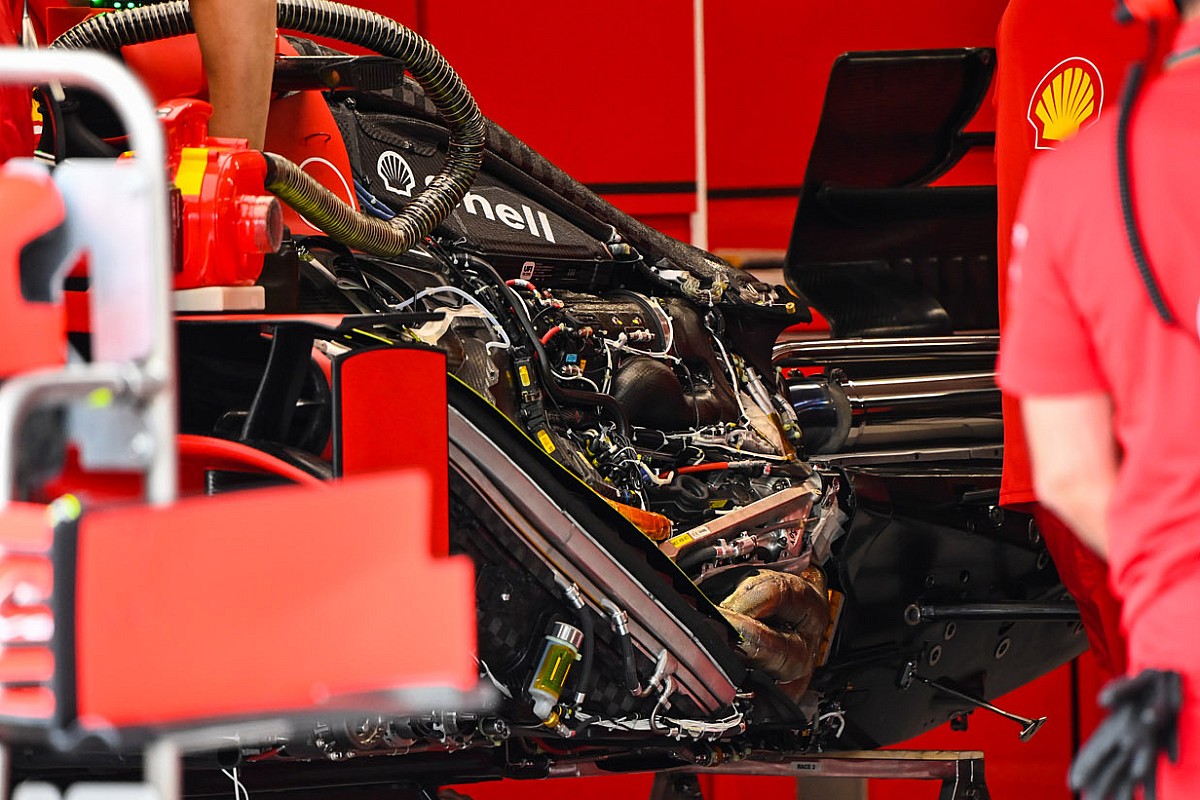 The FIA’s upcoming ban on teams running higher engine modes in Formula 1 qualifying is “only a positive” for Ferrari given its straight-line speed struggles, reckons star driver Charles Leclerc.

It emerged on Thursday ahead of the Spanish Grand Prix that the FIA is set to clamp down on changeable power modes between qualifying and the race, removing the possibility for teams to use so-called ‘party mode’ settings for hot laps.

The move is set to be clarified in a technical directive that should be issued to teams ahead of the Belgian Grand Prix at the end of the month.

The Mercedes-powered teams are widely expected to be the biggest loser as a result of the ruling, with Williams, Racing Point and the Mercedes works outfit all known to benefit from a higher-power setting in qualifying.

Ferrari has struggled with the straight-line speed of its car through the 2020 season after an off-season settlement with the FIA over the performance of its power unit last year, with questions raised about its legality.

Asked what the ban on qualifying engine modes would mean for Ferrari, Leclerc claimed the team had no significantly different setting available compared to the race, making it only good news for the Italian marque.

“To be honest, I don't think it will affect us so much, so I think it can only be positive for us,” said Leclerc. “How much it will be beneficial, it's still to see. But for us, I can say that we don't have anything different from qualifying to the race. So, for us, it won't change anything.”

Leclerc was supportive of the move, saying “they are probably doing that for a reason”.

Teammate Sebastian Vettel echoed Leclerc’s thoughts, saying: “Let’s wait and see what happens. It always depends what you're able to pull off I guess. If you have something developed on your engine that you can probably run in certain amount of mileage with more power, more stress on the engine then, probably not the best news.

“But from where we are right now, as Charles said, it doesn't affect us.”

Lewis Hamilton said the move did not come as a surprise to Mercedes as it was “obviously to slow us down”, but doubted it was “going to get the result that they want”.

Racing Point driver Lance Stroll felt it would be a “shame” for the Mercedes-powered cars to have their peak performance reined in.

“Formula 1 is all about operating at the maximum capacity of the car and the engine,” said Stroll. “I think we want to see all the engine manufacturers, the teams, the car development, pushed to the limit. I don’t think that would be nice to see.”

Williams’ George Russell was also disappointed to learn of the ruling, having put the added boost to good use in his charge to Q2 at each of the last four races.

“I’d be disappointed to see it lost,” said Russell. “I think for every engine manufacturer, you’ve got a boost for qualifying. When you’re within the car you’ve got the lowest amount of fuel you have for the whole weekend, you’ve got the fastest engine mode, you’re the most pumped up and ready for that lap you’re about to approach.

“Everything just feels like a little bit extra and it allows you to just extract that bit more from the car, and it’s such an exciting part of the weekend. You’ve got that one lap, give it full beans, and then just tune it down for the race.

“I’d be disappointed to see it gone.”