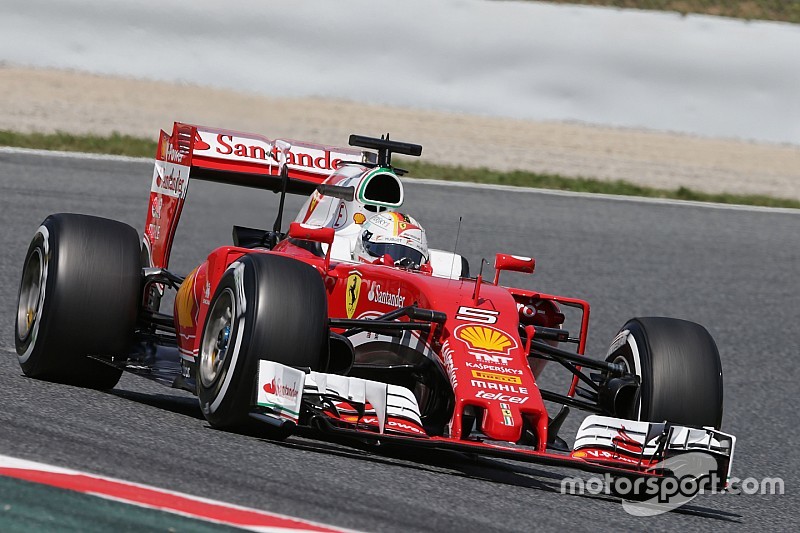 Ferrari is drafting in Sebastian Vettel for crucial tests at Barcelona in Spain on Tuesday to try to get to the bottom of its qualifying woes.

The Italian outfit blamed its failure to capitalise on Mercedes' Spanish Grand Prix trouble on the fact that it had got outqualified by Red Bull duo Daniel Ricciardo and Max Verstappen.

After being baffled at the time about how it had struggled so badly on Saturday at Barcelona, as it failed to get its tyres operating properly, it will devote a lot of effort at the track this weekend to uncover what went wrong.

Team principal Maurizio Arrivabene said: "The difficulties seen in qualifying must be resolved beyond anything."

He suggested that the team had come to conclusion about how to sort out its tyre management, but the ideas now needed showing they work on track.

"The engineers have figured out what went wrong," he explained. "They will make the necessary checks in Tuesday's test, and I hope that a quick solution is found.

"It is not a problem that just emerged this weekend – but has been dragging on for a while. On some tracks you see it more, on others less. But it needs to be solved."

Arrivabene could not hide his disappointment about Red Bull being the team to capitalise best after Lewis Hamilton and Nico Rosberg had crashed out.

"It's a wasted opportunity," he said. "The two Mercedes went out, and we did not take the opportunity.

"If you ask me why – we know the main reason we missed the victory was in qualifying where we were not up to it.

"If we had had a better starting position I think the opportunity would have been there. Just look at the lap times in the race: we were faster than the Red Bulls.

"But I must compliment them and Max Verstappen for his great race. He has really shown he is a very mature driver."

Vettel is set to drive on the first day of the test, with youngster Antonio Fuoco driving on the second.