The junior Schumacher currently lies second behind Dan Ticktum in the FIA F3 Championship, having won six races with Prema, including all three at the last event at the Nurburgring.

The family connections have long made Schumacher an obvious candidate for Ferrari’s Young Driver Academy, although thus far he had remained independent, with no direct links to any F1 teams.

Arrivabene stressed that it was crucial not to put Schumacher under undue pressure at this stage of his career.

“Concerning Mick Schumacher I think the most important thing is to let him grow, without giving pressure,” he said. “The recent results are very, very good, and I wish to him a great career.

"With a name like this, that wrote historical pages of Ferrari history, the door of Maranello is always open, of course. But without burning the step.

"But let the guys have fun. I always repeat this – be focussed, concentrated, but in the meantime have fun, and to grow slowly, but certainly, and then we’ll see about the future.

"How can you can say ‘no’ at Maranello to a name like this?”

Schumacher, whose father Michael has not been seen in public since being badly injured in a skiing accident in late 2013, is supported by Mercedes in F3 and drove the manufacturer’s DTM ‘taxi’ at the Nurburgring last weekend alongside his racing commitments.

Schumacher is expected to move to F2 next season, but is poised to end the year with enough points this season to qualify for F1's mandatory superlicence.

Drivers need 40 points over a three-year period and Schumacher already has 22, so he will be eligible for an F1 licence if he finishes in the top three in European F3 – 30 points are awarded to the champion, 25 to the runner-up and 20 to third place.

Schumacher earned 10 points for each of his second-place finishes in the 2016 German and Italian Formula 4 Championships.

He also received two for finishing second in the 2014 CIK-FIA World Karting Championship in the KF Junior category, and points earned in karting are valid for five years.

But when asked about Schumacher's short-term F1 prospects, Sauber boss Fred Vasseur said that the step is too great, and suggested that the German should take his time.

“Honestly I think there is a huge step between the F3 and the F1, and with the small number of test days we have during the winter, it’s I don’t want to say impossible, but it’s quite difficult to do the step," Vasseur said.

"It would make sense probably for him to do F2. But he could have a link with an F1 team, he could do some FP1s. There are many ways to prepare for F1.” 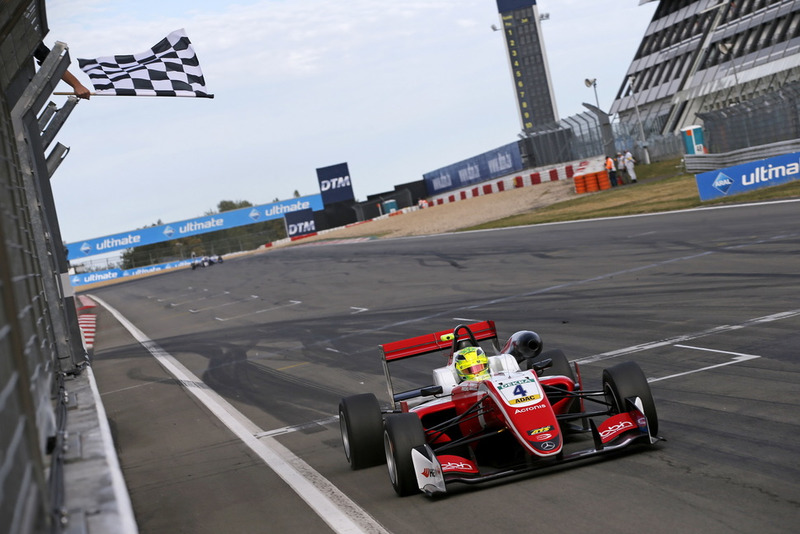 Haas: Mazepin move on Schumacher at finish line a ‘misunderstanding’

Schumacher: Vettel giving me lots of advice in good friendship

Why Ferrari should be quietly confident it's in the Monaco mix