Subscribe
Previous / Bottas: Something "fundamentally wrong" with Mercedes in Baku Next / The troubled Ferrari that was a game-changer for F1
Formula 1 / Azerbaijan GP News

Ferrari "definitely not as quick as in Monaco" - Sainz

Carlos Sainz believes Ferrari is "definitely not as quick as in Monaco" despite finishing third in both Formula 1 practice sessions for the Azerbaijan Grand Prix on Friday.

Ferrari took a surprise upswing in performance over the Monaco race weekend as the team's SF21 car excelled on the low-speed layout, allowing Charles Leclerc to score pole position.

Damage from a crash at the end of qualifying ultimately prevented Leclerc from starting the race, but Sainz was able to finish second for Ferrari, marking his first podium for the team.

Both Ferrari drivers were quick to downplay the chances of the team's form continuing once it got to Baku, believing the high-speed sections would cause its advantage to be ebbed away.

But practice on Friday saw Sainz finish third in both FP1 and FP2, while Leclerc was able to take fourth in the afternoon despite hitting the barrier at Turn 15 when on a quick lap.

Sainz accepted that Ferrari was "definitely a bit quicker than we anticipated" in Baku, but felt the team was not as quick as it had been over the Monaco weekend compared to its rivals.

"It is true also that I got a couple of tows on my good laps," Sainz explained. "The long run, we didn't quite clearly see the pace. So maybe the whole picture is not as clear as it can get.

"Probably tomorrow will be a better indicator, but we're definitely not as quick as in Monaco, that's for sure. I think Red Bull are both quicker in the short run and the long run, and we just need to get our heads down and work out if we can find a bit more laptime."

Leclerc agreed with Sainz's belief that Ferrari had surpassed its expectations in Baku, but remained wary of the threat that McLaren and Mercedes would pose despite both trailing Ferrari on Friday.

"I think McLaren are very, very quick, but they haven't shown it for some reason today," Leclerc said. "Maybe it was less of a clean day compared to us. I feel like they are still a bit ahead of us here. We'll have to wait and see tomorrow.

"Definitely Red Bull, and Mercedes, I don't really know what happened either, but I'm pretty sure they will be in front. And it will be basically a fight with McLaren, that's our main competitor, so we need to make sure we do everything perfect, because they are doing very few mistakes this year.

"So we are going to try and maximise our potential, and hopefully we can be ahead of them much more in qualy." 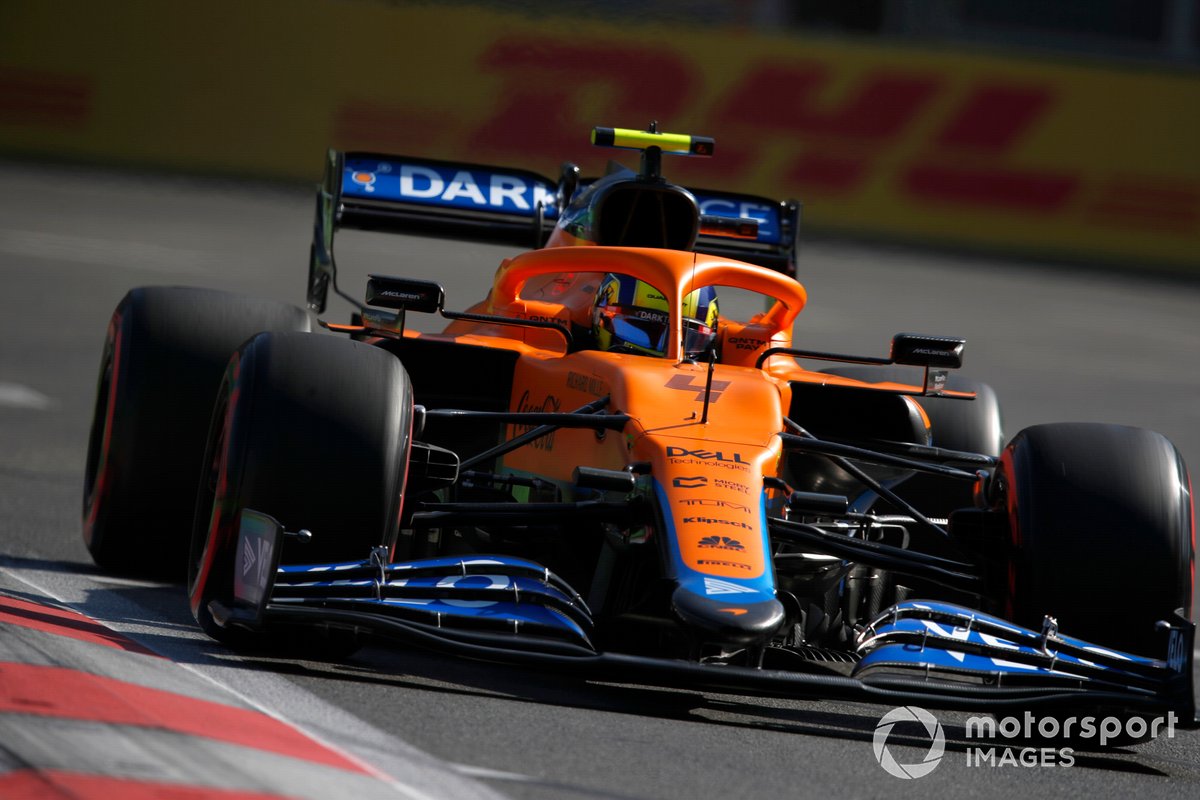 But McLaren driver Lando Norris was less optimistic about his chances after finishing eighth in FP2, over half a second off Leclerc's time in P4.

"I think it looks very close between like us, AlphaTauri, Renault, and so on," Norris said. "Ferrari and Red Bull look quite a long way ahead of us. So it's going to be tough. I think just getting to Q3 is the main target.

"We are quite a long way off Red Bull and Ferrari, both in qualy and race pace. Hopefully into tomorrow we can make some improvements and find something. It's not too bad. The car's feeling relatively good. Of course, some things to try and improve on overnight.

"But we are a bit too far away to do anything special. So we'll keep plugging away."

Bottas: Something "fundamentally wrong" with Mercedes in Baku

The troubled Ferrari that was a game-changer for F1