Ferrari could use remaining engine tokens for Austin

Ferrari is considering using its remaining Formula 1 engine tokens for a major update at the United States Grand Prix, even though it could mean grid penalties. 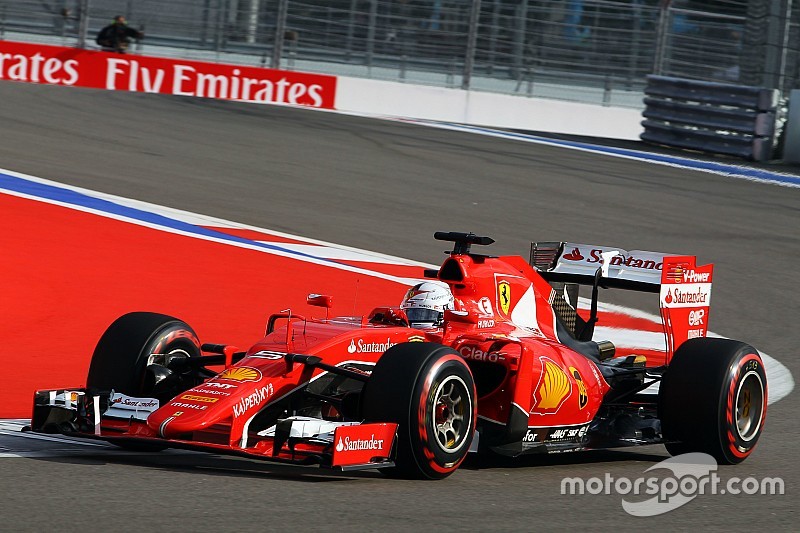 Although it can no longer beat Mercedes to the constructors' championship, Sebastian Vettel is still mathematically in contention in the drivers' standings.

But despite that, Ferrari wants to push on with some advanced running of its 2016 power unit, something that Mercedes has already done when it introduced its latest specification at the Italian Grand Prix.

The complication for Ferrari, though, is that both its drivers have already used their fourth engines this year, meaning any changes now will result in grid penalties.

It is understood the design of the update will include a narrower engine block to help make a more stream-lined rear of the car that will deliver a big help for aerodynamics. The changes will require a new gearbox too.

While it is more likely that Kimi Raikkonen, who is out of title contention, will use the engine first, the team could still choose to deliver it for Vettel as well.

When asked by Motorsport.com about the plans, Ferrari team principal Maurizio Arrivabene said: "We are thinking about in Austin.

"Of course the situation with Seb second in the championship [must be considered], but we have to do our calculation about what we have in the end before taking any kind of decision."

Speaking over the Japanese GP weekend, Vettel said that Ferrari needed to weigh up longer term ambitions by running the new engine, over its short term bid to race wins.

"I think we still have a chance to achieve a lot this year," he said. "We have to make use of the situation. But on the other hand we try to learn as much as possible for next year to make progress again.

"As a driver you definitely don't want to get a 10-place grid penalty. It just feels strange to be punished when you didn't commit a crime."