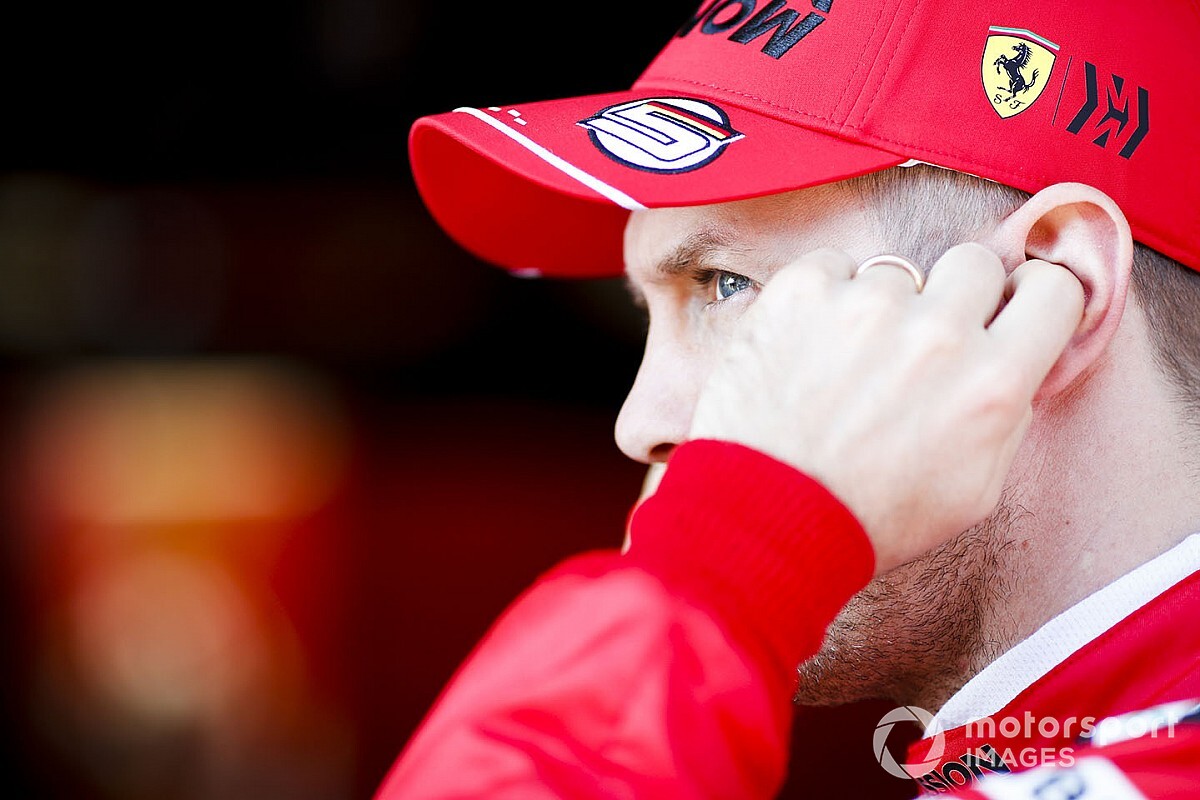 Ferrari has formally announced Sebastian Vettel will leave the team at the end of the 2020 Formula 1 season, calling it a joint decision.

Motorsport.com's sister site Motorsport-Total first reported on Monday night that Vettel was set to leave Ferrari at the end of the year after a breakdown in negotiations over a new contract.

Vettel’s existing three-year deal expires at the end of the season, but after months of talks over a fresh contract without a breakthrough, the decision was taken to part company.

“This is a decision taken jointly by ourselves and Sebastian, one which both parties feel is for the best,” Ferrari team principal Mattia Binotto said.

“It was not an easy decision to reach, given Sebastian’s worth as a driver and as a person. There was no specific reason that led to this decision, apart from the common and amicable belief that the time had come to go our separate ways in order to reach our respective objectives.”

Vettel is understood to have been offered a short-term contract at a reduced salary compared to his previous deals, but stressed in his announcement that financial considerations played no part in the decision.

“In order to get the best possible results in this sport, it’s vital for all parties to work in perfect harmony. The team and I have realised that there is no longer a common desire to stay together beyond the end of this season,” Vettel said.

“Financial matters have played no part in this joint decision. That’s not the way I think when it comes to making certain choices and it never will be.

“What’s been happening in these past few months has led many of us to reflect on what are our real priorities in life. One needs to use one’s imagination and to adopt a new approach to a situation that has changed. I myself will take the time I need to reflect on what really matters when it comes to my future.

“Scuderia Ferrari occupies a special place in Formula 1 and I hope it gets all the success it deserves. Finally, I want to thank the whole Ferrari family and above all its ‘Tifosi’ all around the world, for the support they have given me over the years.

“My immediate goal is to finish my long stint with Ferrari, in the hope of sharing some more beautiful moments together, to add to all those we have enjoyed so far.”

What's next for Vettel and Ferrari?

Vettel’s immediate future in F1 remains unclear, with a seat at fellow front-running teams Mercedes and Red Bull seeming unlikely. It would leave the four-time world champion facing a drop into F1’s midfield, or retiring altogether.

“On behalf of everyone at Ferrari, I want to thank Sebastian for his great professionalism and the human qualities he has displayed over these five years, during which we shared so many great moments,” Binotto added.

“We have not yet managed to win a world title together, which would be a fifth for him, but we believe that we can still get a lot out of this unusual 2020 season.”

Ferrari is yet to make any firm decision on who will replace Vettel for 2021 and join Charles Leclerc at Maranello.

F1 shock: Sebastian Vettel to leave Ferrari at the end of 2020

What's next for Sebastian Vettel and Ferrari?