Ferrari warns F1 quit sceptics they are "playing with fire" 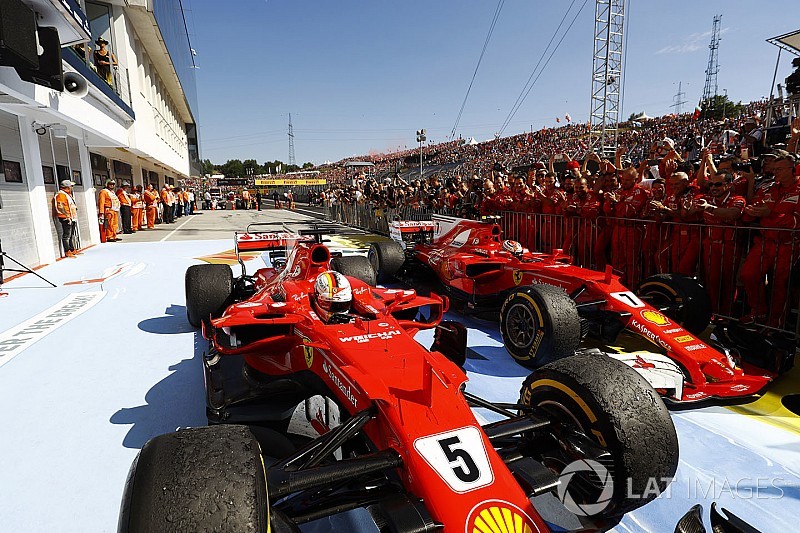 Ferrari president Sergio Marchionne has warned people who think he is "bluffing" about potentially pulling the Italian marque out of Formula 1 that they are "playing with fire".

Marchionne has made it clear that he is prepared to withdraw Ferrari from Formula 1 if the championship's future regulations are not set out in a direction he agrees with.

With Ferrari having occasionally made similar threats throughout the history of F1, that has led some people to believe that the Maranello team would never leave, but Marchionne says the recent threats remain serious.

"Some people say that our threat about the 2020/2021 regulations is a bluff, but they're playing with fire," Marchionne said at Ferrari's traditional pre-Christmas media dinner on Monday.

"The situation has changed since 2015. Starting from that moment, everyone knows that if we threaten to do something, we do it.

"One of the greatest advantages is that the current Concorde Agreement [between teams and F1] is very different from previous ones and ensures a greater contractual freedom, even during the agreement with Liberty Media.

"The previous contract made it impossible for the team to evaluate an alternative outside of the circus. Now we can analyse the possibility to create something similar to Formula 1 in terms of a show."

Marchionne believes creating an alternative series to F1 is a feasible option if the teams get together to make it happen.

"There is the possibility to create an alternative championship from 2020/2021," he said. "We can't ignore this possibility, but I prefer avoid it if we can.

"I would like to continue with Formula 1, but we have to find compromises that don't leave Ferrari without the possibility of showing its DNA in every race.

"If we can't find that, then Ferrari has to go away. If Ferrari can pull out other teams, we have to see it from an economical point of view, but I think that we are able to do it."

Marchionne said he remains "bothered" by F1's new owners trying to simplify the technical side of the cars for the future.

"The main thing that bothers me is that inside Liberty Media there is a person with great experience in F1, which is Ross Brawn, who is trying to give a direction that is not in the DNA of the sport," he added.

"We have been part of F1's history, so we understand bullshit and we understand F1. We have a race department that works only on F1, so we know F1 well.

"We have to try to balance [Liberty's] interests with ours, but I think that we can arrive to that in time to avoid Ferrari's exit from Formula 1."

The tragedies and turmoil that forced Ferrari's reinvention