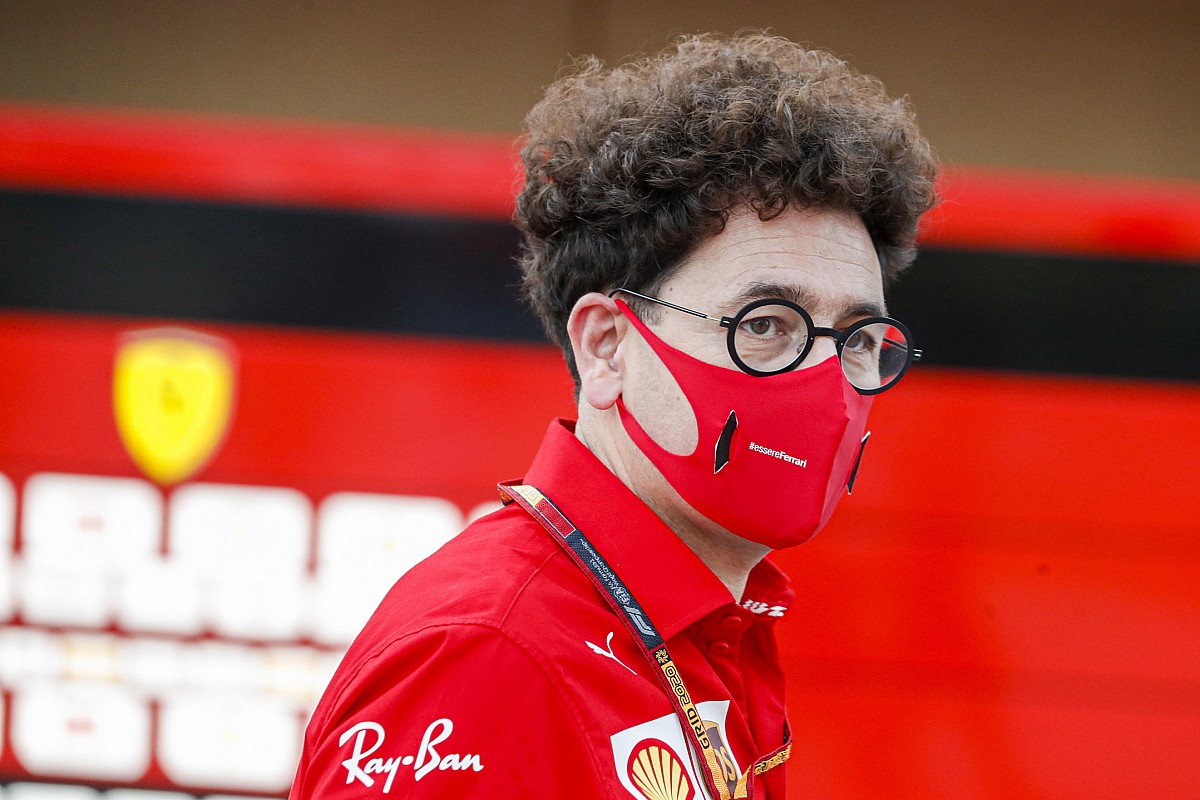 Binotto has missed a couple of recent races as part of preparations for the 23-race calendar in 2021, when he is set to skip some rounds within a wider policy to rotate staff and ensure team personnel stay fresh.

After returning to the F1 paddock for last weekend's Sakhir Grand Prix, Binotto is understood to have become ill while he was still in Bahrain, and will fly directly back to Italy.

Team sources have assured Motorsport.com that Binotto has not contracted COVID-19, but is instead suffering from a simple indisposition.

It means the reins for the Abu Dhabi Grand Prix weekend will be again handed over to sporting director Laurent Mekies.

Mekies has overseen the on-site running of the race weekends in Turkey and Bahrain, with Binotto still heading up proceedings remotely from Maranello.

Binotto explained last month that Ferrari had to look after its staff and prevent them from burning out in order to maintain the "right level of efficiency, concentration and focus" in light of the record-breaking 23-race calendar proposed for next year.

"Considering myself, you need to balance your tasks at the race track and at the factory," Binotto said at Imola.

"The factory is important, where we are developing the car and preparing the cars.

"For myself, I think I will not be at all the races. Even in 2020 I am considering skipping some of the races in the last part of the season, starting from Turkey.

"But that is more of an eventuality for next year, because when you are responsible for an entire team, certainly the race event is important, but also the entire management of the team is important.

"[When] increasing the number of races, there is a judgement that needs to be done to take care where you can on some engineers and technicians to eventually find a balance."

The race will mark Sebastian Vettel's final appearance for the team ahead of his switch to Aston Martin for the 2021 season.