Ferrari Formula 1 boss Mattia Binotto accepts there was "probably no way" Carlos Sainz could have created a gap to Charles Leclerc as asked behind the safety car at Silverstone.

Ferrari opted to keep Leclerc out during the safety car period due to his fresher hard tyres and better track position, but he ultimately slipped back to fourth in the final stint.

Towards the end of the safety car period, Ferrari asked Sainz to drop back the permitted 10-car lengths from Leclerc, creating a gap that could protect the race leader from the chasing pack.

Ferrari team principal Binotto said the call was given to Sainz as the restart may have been "more difficult" for Leclerc given the soft tyre advantage of the cars behind, but he recognised it may not have been possible to create such a gap easily.

"We've got full trust, we know that he's doing the best he can do for the team, for himself as well certainly, but for the team," Binotto said of Sainz.

"Obviously he proved it on few laps before by swapping with no discussion, and even when stopping on the first pit [stop] earlier compared to Charles, we had no discussion, because he has full trust in the team and the way we are acting and the way he's behaving.

"So again, [I'm] very happy. I know that he did his best. There was probably no way for him to give widths to Charles.

"I think he did the best he could do for a Ferrari victory here in Silverstone." 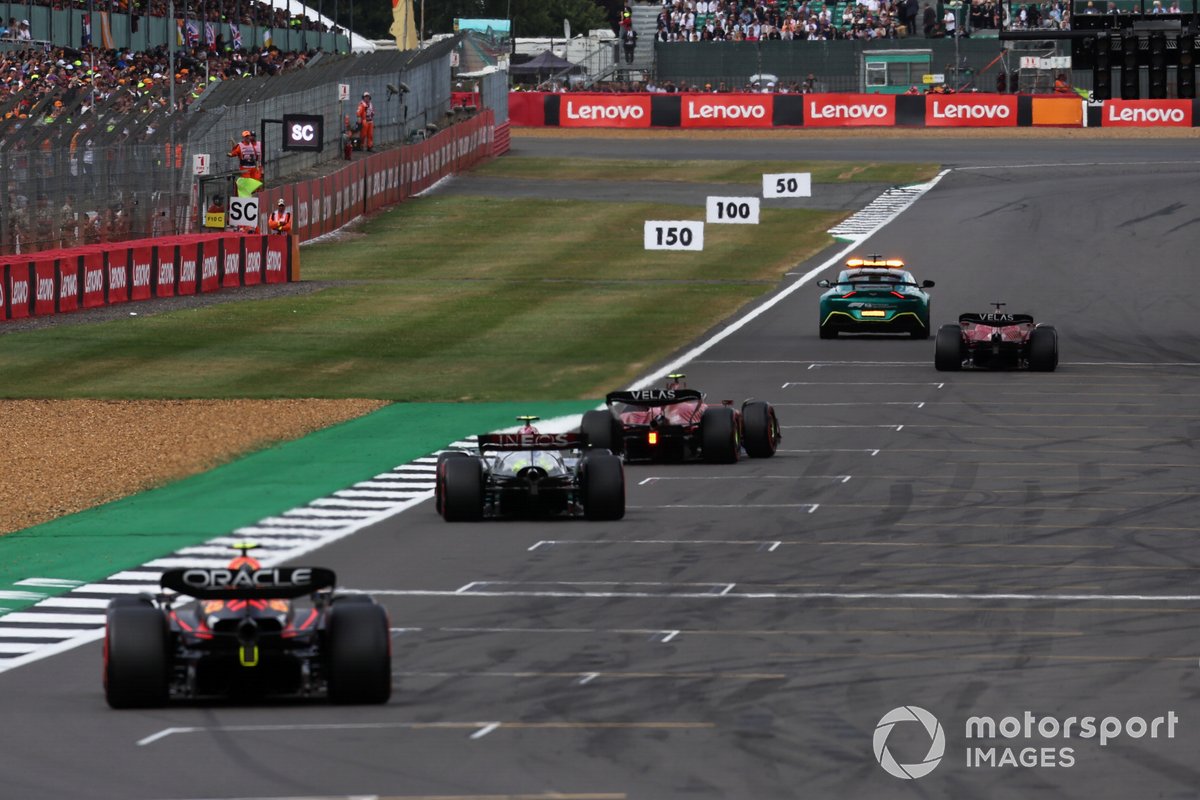 Sainz explained after the race that he was worried about losing the slipstream to Leclerc, which may leave both Ferraris vulnerable to being overtaken by Hamilton.

"I tried to explain to them I had behind probably the fastest man on track today," Sainz said.

"If I drop 10 metres, I might lose a bit of slipstream. And if he passes me then Charles is going to be dead meat also.

"I asked the team, 'look, leave it to me I'm going to handle it as clean as possible'. And actually Charles did a great job to nearly stay in P2. Sometimes the driver feeling is there and sometimes the team might tell you something that you don't agree with and you just do your own thing because you really believe in it.

"But I trust the team a lot and today we executed a very fine race and we trust each other in this kind of scenarios as you saw."