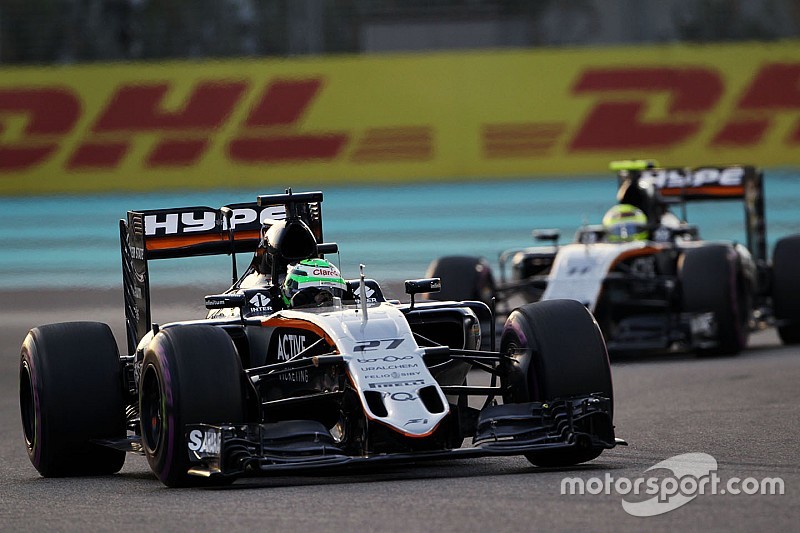 Force India's deputy team principal Bob Fernley has again branded the F1 Strategy Group "not fit for purpose" after it rejected the Silverstone team's CFD proposal at its last meeting.

The Force India proposal was intended to allow teams to focus more on CFD (Computational fluid dynamics) if they so wished.

Aerodynamic research in F1 is closely monitored by the FIA, with a carefully structured balance between wind tunnel hours and CFD teraflops.

Force India had proposed a parallel programme designed for teams who wanted to increasingly favour CFD in the future, given that the technology is becoming ever more advanced, with less emphasis on tunnel time.

However, the proposal was rejected by the Strategy Group with Ferrari, Mercedes, Red Bull, McLaren and Williams all voting against it, and only Force India itself offering support.

Fernley sees the outcome is another example of how the current governance structure is heavily weighted towards the big teams, as they can veto ideas.

"I think it shows the flaws in the strategy group," Fernley told Motorsport.com. "A programme that has been proposed to benefit F1 as a whole, and progress technology in F1 so that we become a leading exponent of the that technology, has been rejected purely on self-interest.

"And that self-interest just shows how bad the concept of the Strategy Group is. It just confirms what I've always said, it's not fit for purpose. We're on it, but all it does is allow us to witness how unfair it is.

"It was a very detailed proposal, and we believe it had merit. The concept was to be able to progress to CFD, if you wanted to do it, and it was open for everybody to be able to do that.

"The only reason the teams have voted against that is to protect the advantage that they have today. It's just a refusal to allow things to progress."

Fernley is adamant that what Force India proposed would have been good for the sport, and ultimately saved teams money.

"We know that CFD technology today doesn't give you quite the results that you can get in the wind tunnel, but if you want to progress CFD to the point where it's going to do that, then you have to unleash it a little bit more.

"For those teams who want to take the risk to do that, particularly the ones that don't have their own wind tunnels, this was an avenue that they could go down.

"What we were trying to do with the proposal was give F1 the opportunity to move forward with simulation technology, which is a) going to be a lot more cost effective and b) is more relevant to the future than wind tunnels, which in time will be obsolete. All we've done is delay that process.

"You've got to remember that the manufacturer teams have the finances to be able to update their wind tunnels, they've spent millions improving the efficiency of them, so they can then use that efficiency to gain more CFD time under the current formula.

"And by doing that, they've got an advantage."

Also rejected at the last Strategy Group meeting was a proposal from Manor to give more wind tunnel time to teams using cheaper and less accurate 50 percent scale tunnels rather than 60 percent, which has become the norm.

Only Force India supported the idea.

"What they were saying was if you're operating on a 50 percent tunnel, you've got a disadvantage in terms of fidelity, so could you have 10 percent more running time? I thought that was a fair and reasonable proposal, and that would help teams like Manor to be able to progress.

"A team like Manor has no voice. They can put things to the Strategy Group, five teams vote against it, and really for no reason whatsoever, other than protecting their own interests. We want to get the sport competitive.

"There are times when you've got to allow a little bit of flexibility, and I don't think it was an unreasonable proposal."