Fernando Alonso says he needed to go “all in” for his final qualifying lap at the Canadian Grand Prix which yielded his first front-row start in Formula 1 in 10 years.

By:
Haydn Cobb
Co-author:
Alex Kalinauckas
Listen to this article

The two-time F1 world champion acted as Max Verstappen’s closest challenger throughout qualifying, having also topped the wet final practice on Saturday, with his final Q3 lap putting him on the front row alongside the Red Bull driver who claimed pole.

It marks Alonso’s first front row qualifying result since he took pole at the 2012 German GP and capped an impressive performance by the Alpine driver in tricky conditions.

With the track drying as qualifying progressed, despite it not being dry enough for slick tyres, Alonso explained he was in the dark on what lap time to target given all drivers were improving by large margins every lap.

As a result, Alonso felt he needed to take risks on the slippery surface and commit to putting in his best lap without worrying about what his rivals were doing.

“It was very difficult to execute qualifying because we were a little bit blind on what are the times and which position we were,” Alonso said. “We were not informed because every lap we were improving by one or two seconds. I think it was too much of a change constantly on the times, so it was all in, for sure, on the last lap.

“You went through each lap and you improved by a second so it was completely unexpected, the grip that you would get, on the following corner, so you have to guess and you have to go for it. I wanted to put in a good lap and everything was fine.” 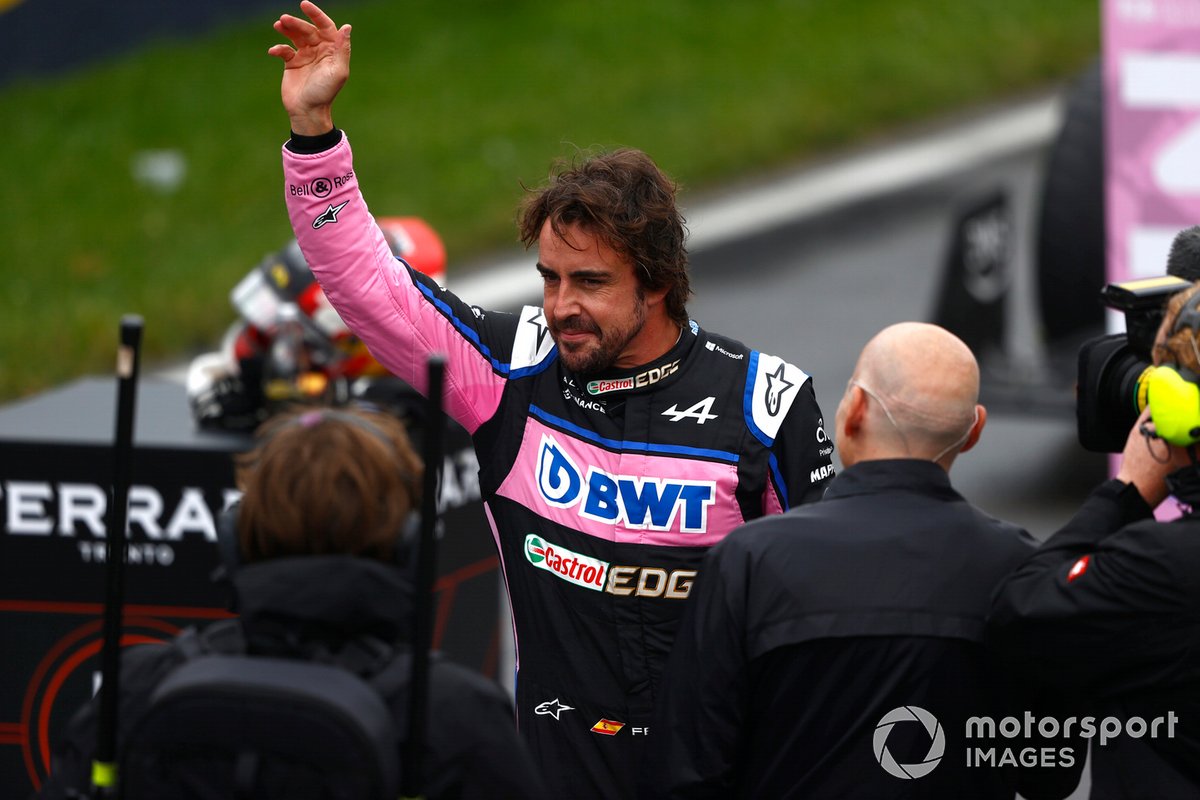 Alonso also felt finding a strong set-up with his Alpine while quickly adapting to the changing conditions was key to his qualifying performance.

But with the race set to be dry and faster cars starting behind him, he expects the race to be a different challenge.

“I think it was a combination of things, as it was not a normal qualifying, not a normal day,” he explained. “FP1 we had a very dirty track and had to clean the track, FP2 it was getting better and more normal and then FP3 was wet and qualifying was semi-dry, so we never had two consecutive sessions with the same conditions.

“You really had to adapt really fast to those new conditions that you were facing, so it seems we had the right confidence in the car, a good set-up, so I think it is down to the team 50% and then 50% down to the driver.

“Everything was OK today but it doesn’t mean anything because the race is tomorrow and if you make a mistake then you have zero points, as there are no points on Saturday.”