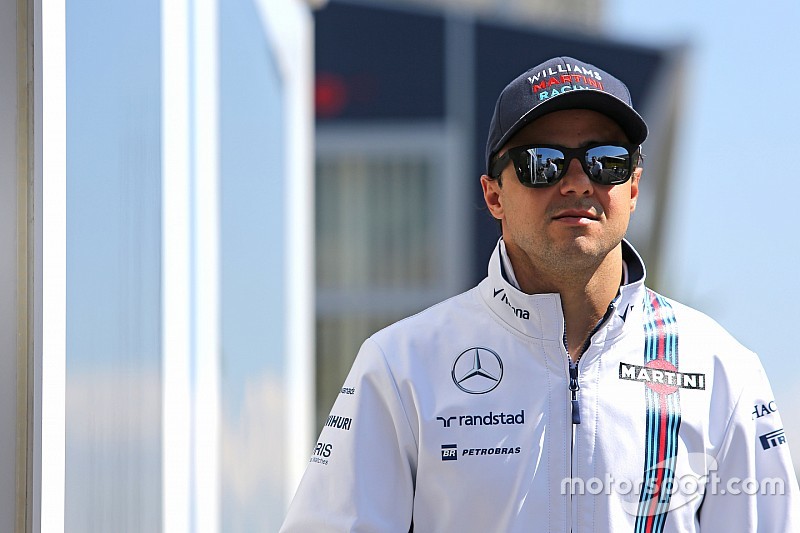 In his latest column, Felipe Massa reflects on a difficult Spanish Grand Prix, the Hamilton/Rosberg accident, and Max Verstappen's hype after his first win.

Although in the end I managed to earn more points, which is useful for my championship, the weekend in Barcelona was much harder than I expected. Complicating matters was a qualifying session where things did not go as we had hoped at Williams Martini Racing.

I had the okay to go out of the pitlane a few minutes before the end of the Q1 session to put in a quick lap, and I should have passed easily in to the next round.

But I had a lot of traffic both at Turn 3 and Turn 7, and I lost four tenths of a second. By the time I got back to the pits there was not enough time to have a second attempt to improve.

But my rivals who had gone earlier for their first runs did have the opportunity to use a second set of tyres, and that allowed them to improve their times and knock me out.

I think in the future we should go at least one minute earlier if we adopt a similar tactic. It is a small amount of time, but the possibility of being able to use a second set of tyres makes it worth it.

After the disappointment of Saturday, race day was much better. Starting from 18th at a track that is historically very difficult for overtaking means things were not going to be easy – but even before the start I had a positive feeling.

I made a good start and overtook four people, but the incidents that took place between Turn 1 and Turn 3 forced me to take a different racing line from the one I would have liked. I had to slow down in order not to see my race finished after just a few hundred metres. That dropped me back again.

But after the safety car period caused by the Mercedes crash, I was immediately able to set a good pace and overtake many of my rivals.

The decision to go to a three-stop strategy proved to be a very good one, as it meant I could not be slowed by traffic and was often able to exploit the full potential of the car.

At Barcelona it can make a lot of difference being able to have clear air, and I am happy that we were able to show what we could do.

I overtook a lot of cars, the strategy was correct, the car balance was good and once again we had fast pit stops. It is amazing to see the progress that has been made by the team on this front especially, and to have it confirmed at every race so far this season with the fastest overall stop is just amazing.

So an eighth placed finish at the end was a good prize after a race in which everything went perfectly – and I am happy with the work we did on Sunday.

So many things happened in the grand prix last weekend that it is one of those races that will prompt many discussions between paddock regulars and fans.

I have been asked for my opinion about what happened between Lewis Hamilton and Nico Rosberg, and of course I can speak my mind based on what we saw from the outside.

We know that Nico did something wrong with the settings of his power unit, as we could see the performance difference compared to Lewis as they came out of Turn 3.

I think Nico, while trying to correct the settings on his steering wheel, understood that his teammate was coming from behind with more speed and he made sure to close the door so that Lewis could not get through.

In situations like this anything can happen, and I think ultimately it was just a racing incident. But when this type of accident involves two drivers from the same team, the controversy is always amplified.

I think we have to remember that they are two drivers who are fighting for the championship, so we have to think about all the stress that comes along with that.

And although after the race we can talk for hours about what happened, when incidents like this occur you have to remember that everything in the cockpit is decided in a split second.

Max Verstappen has always proved himself to be fast, both on his way to Formula 1 and when he got here. Sometimes we have seen too the exuberance of an 18-year-old, which has led him to make some mistakes.

But his performances on track have never been questioned, and when he had the chance to race a Red Bull for the first time, a car with which he can potentially aim for the podium, he managed to win.

He definitely had a lucky star on his side though, because his strategy proved to be better than that of Daniel Ricciardo's, but he still produced an amazing race. For a boy of 18 to arrive and win, something had to be predestined.

This is the kind of performance that some great champions of the past have delivered, but for now Max must face another important phase of his career, which is to confirm that his performance in Spain is typical of what he can do.

For while Verstappen's success makes a beautiful story for F1, if he were to have three races where things go wrong, he could find the hype around him downsized. I am willing to bet that won't happen, but in sport things can change very quickly.

Although on Sunday, Ferrari and Red Bull were faster than Williams, I think our car has improved.

However, Monaco on paper will be a more difficult proposition for us – based on what happened over the last two years. I hope of course that this time it will be better, but it is a fact that our car is not well suited to the type of tight track that Monaco is.

But Monaco is Monaco, and I well know – since the track is walking distance from my house – that anything can happen there. I hope that there will be some unforeseen variable that will work in our favour.

I just want to get more points there, because after that come tracks that will suit us better.