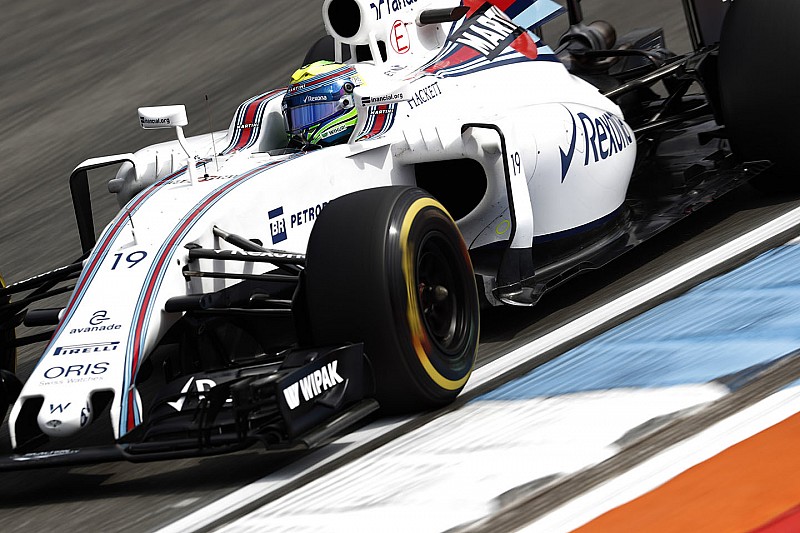 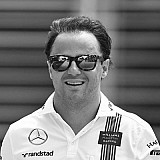 Another difficult weekend in Germany completed a disappointing month of July for Felipe Massa, who is now looking forward to the summer break and having a much more positive second half of the season.

The German Grand Prix did not deliver the weekend I had hoped for. Leaving Hockenheim with a DNF was not what I had anticipated on the eve of the race, and was especially disappointing after the good results that Williams Martini Racing had delivered in qualifying.

On Saturday, things had looked good as in Q3 there was just one tenth of a second separating us and the Force Indias, so there seemed to be a very good opportunity to score points that would be important for the championship standings.

But the race turned out to be a bit of a frustrating one. After the start I was running down to Turn 6 and, when I hit the brakes, everything was going well. But when I got ready to get back on the throttle at the exit of the hairpin, I felt a jolt in the back.

It was Jolyon Palmer, who had hit my right tyre, and from that moment on I immediately felt something strange as the car was not working as it should.

After a few laps I was already in crisis with my tyres and I could no longer keep the race pace that we had wanted. I dived into the pits hoping that the Renault hit had damaged the tyres, but when I started running with fresh rubber, the grip lasted pretty much as long as on the first set – so I was back in to the same difficult situation.

As I was lapping two to three seconds slower than what I should be doing, it did not make much sense to stay out on the track. So the team decided to call me in for the final time, which was a decision I shared.

Investigations are still ongoing to find out what happened, but I have no doubt that after the contact with Palmer something on the car had stopped working.

It was terrible luck, because unlike at Silverstone, where we had struggled because of the unforeseen weather conditions, at Hockenheim we had much better expectations and were expecting to be able to finish in front of the Force Indias.

With 21 races this year marking the longest Formula 1 calendar, most people in the paddock have arrived at the summer break with the need to recharge the batteries.

But if I could choose between having this number of races, or testing more, I think I would always rather be going to a track to compete in a grand prix. I guess my opinion is shared by many drivers.

We love competition, and the race is the moment when you really feel all that adrenaline. Tests can be useful, but emotionally they are not the same thing.

Saying that, four races in one month is a lot, especially if you do not get the desired results.

In my case, the August break has come at the right time to help me recharge my batteries and think of a more positive second half of the championship.

I had a very good start to the season, but the month of July did not bring me much luck. In three of the last four races I suffered technical problems, and my position in the championship has suffered.

As a team, we have the goal of fourth place in the constructors' championship, and I think we have everything in our hands to be able to achieve it. We just have to keep working as we do, and I am sure that we will be able to return to the strong results we obtained earlier in the season.

Ahead of the Hockenheim weekend, F1 took some important decisions on the rules front. And, as happens quite often in this sport, there were pros and cons to what happened.

The scrapping of the limits on team radio communications between drivers and the teams helped improve things for fans. We returned to being able to talk freely, and those that watch the sport can follow what happened with greater transparency because there are no more limits on what we can talk about.

Before this change happened, there were often some very interesting race situations but the drivers could not speak freely, and that made things hard to understand.

But I am always sceptical when rules get changed in the middle of the season. And in my case what was decided ahead of the German Grand Prix did not make a big difference.

I got used to the radio silence before Hockenheim, and I started to talk without problems last weekend. But there were also some penalties imposed on drivers in the two races before Germany, so some doubts remain.

My view is it is not ideal to change the rules of a grand prix from one race to the next unless there are good safety grounds.

After leaving the German GP, I made my way to Brazil where in a few days the Olympic Games will begin.

It will be an incredible event, and I will not miss the opportunity to breathe the air of this truly global occasion. This break of the Formula 1 world championship will allow me to enjoy the city of Rio, and I will try to feel my support to all Brazilian athletes.

Enjoy the summer, and I will see you all in Belgium.

McLaren to push on with 2016 car development