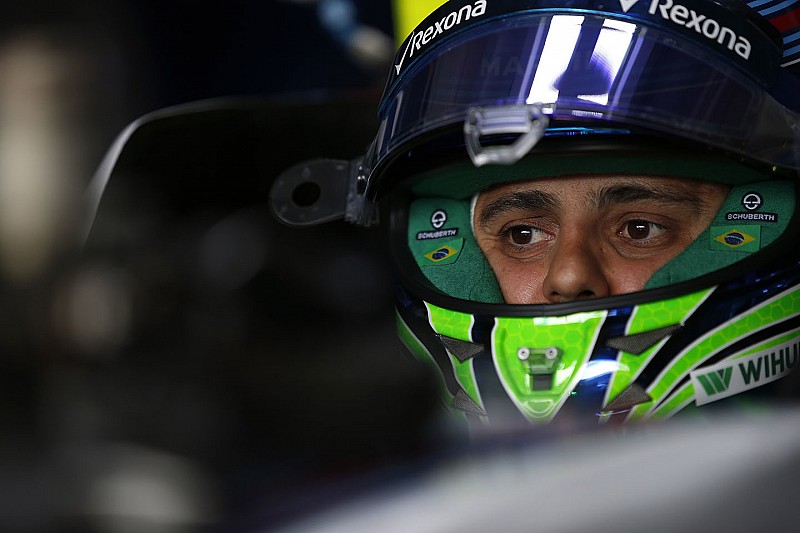 In his exclusive column for Motorsport.com, Felipe Massa looks back at his career and explains why he has decided to retire from Formula 1.

During the career of a Formula 1 driver there are many special moments, and what I am going to tell you makes me a little bit emotional.

In recent months I have been thinking a lot about my future and I have taken the decision that at the end of this season, I will leave Formula 1.

Life presents us with many choices and I think for me it has got to the time where I have to go and do something different. Maybe you will see me again at the wheel of a race car, but at the moment the only certainty I have is that I will have a lot of time to decide on what I do in the future.

Deciding what I do next will be done in a calm manner – in the same way that I took the decision to end my time in F1.

Over recent weeks I have had many different thoughts and have recalled many memories of my life so far. People, of course, remember your story in Formula 1, but there is a time before during which the foundations were laid on which to build a career.

I recall beautiful times related to karting – seven years in which I began to breathe the world of racing. Then there was the next step in cars, also in Brazil. I raced in Formula Chevrolet, which was a season and a half where I had very few financial resources. But I was able to win the title in 1999.

As a prize for doing that, the chance came up to move to Europe to have six races in the new Formula Renault 2.0 category. At the end I got a lot more – winning both the Italian and European championships in the same year.

So I found myself in Formula 3000, and even then it went well because at the end of the year I graduated to grand prix machinery.

Opening the doors of Formula 1 was incredible. I remember the first test so well – and what a thrill! I recall too the first win in Istanbul in 2006, but the biggest joy of my career was my victory in the Brazilian Grand Prix that year. Winning in Sao Paulo, in my home town, was an emotionally unique experience.

When you are a child who dreams of getting to F1, you see the goal as almost unreachable. But for me, life was amazing, giving me a lot more than I could imagine.

I never imagined that I would one day of course race for Ferrari and Williams. When I was little I saw Nelson Piquet and Ayrton Senna driving for the English team – and it was a dream to think I could follow in their footsteps.

I managed to win many races with Ferrari, and go up many times on the podium. I fought for the world championship too, and but for one point I could have taken the title. But I am still a happy and serene person.

The 2008 season is also linked to the worst moment of my career. I am not talking about the incident that happened in Hungary the following year, because I do not remember anything that happened in Budapest.

But I remember very well when I learned what happened at the 2008 Singapore Grand Prix – and I am referring to 'crashgate'.

Without that incident I probably would have won the world championship, and I know that I didn't make it for reasons that are not related to a driver error or a team problem. So it is more difficult to accept.

In Brazil at the end of the season I knew I had done my best. I won the race and I had nothing to regret about what I had done – and this helped me accept the lost title by just one point. What happened in Singapore I learned much later, and it pained me much more.

In recent weeks I have also thought about all the people who have helped me over my career. There are many professional people in many different roles who remain linked to moments, victories and days where they made so many sacrifices.

From our humble beginnings in Sauber, where I learned a lot, to the next step in Ferrari which took me to the highest level and then on to the great adventure with Williams that I am still living.

Behind the names of those teams there are so many people, but also sponsors who have supported me and without whom I would not have this career path.

But before all of them there is still my family. My father and my wife Raffaela are the people who I have been the closest to at times. I never missed their support and love, and that strengthened my motivation when it was not always in the best way. Without their help I would not be here.

I also had great support from my mother, my brother and my sister. And I also cannot forget my son, who arrived in recent years, and friends who have been there during days to remember and more difficult ones too. There were periods too where I found help in my religious beliefs and I can only thank God for protecting me and giving me a beautiful fairy tale.

Going back in time further I see the figure of my father, who accompanied me all the way throughout my career. In the early years too I had a lot of help from my first manager Riccardo Tedeschi, who followed me all the way up to F1.

Then there was a person who has offered me the biggest important opportunity of my career: Jean Todt. He believed greatly in me, opening the doors of Ferrari.

Plus there is Nicolas Todt. He is officially my manager, but he is really a great friend and my best friend. We have built a lot together, shared many good and difficult moments – and I am sure our relationship will continue beyond the sporting aspect.

Why I chose to announce my Formula 1 retirement at Monza is not an accident. Ten years ago in Monza, a driver announced he was leaving too – and he is one more than any other that had an influence on my career: Michael Schumacher.

I had been promoted to Ferrari at the beginning of the season, but I had been told already that in 2007 Kimi Raikkonen would be arriving – so my experience in 'red' could have been limited to just a single season.

Then Michael made the decision to stop and I was certain that I could continue with Ferrari for the following seasons.

Ten years on from that day, and in the same paddock, I decided to announce my decision.

But my attention remains on the remaining eight races to the end of the world championship, and I am not going to start behaving like a pensioner! I will continue to do what I like to do: get out there on the track and get the car as far forward as possible.

I'd like to be able to give an important contribution to the team, given that we still have some important goals in front of us. Williams Martini Racing is fighting for fourth place in the constructors' championship, and I will give my best to achieve the goal with the team.

Looking ahead, it will be special in Sao Paulo for the last Grand Prix of Brazil. I know officially my last race will be in Abu Dhabi, but emotionally the Sao Paulo weekend will be the real farewell becomes of what it means to my heart.