Felipe Massa column: How I kept Lewis behind me in China 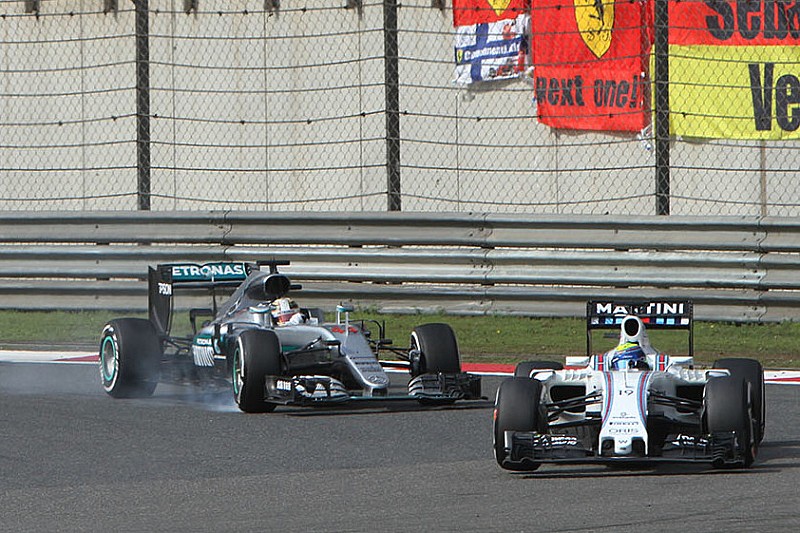 In his first exclusive column for Motorsport.com, Felipe Massa discusses the Chinese Grand Prix, including the now famous dinner with the other drivers and his battle with Lewis Hamilton in the race.

There is something very special that gives the Chinese Grand Prix a unique identity for me. Every time I come to Shanghai, before I even think about the track or the commitments of the weekend, there is a special tradition I have to take part in: meeting my fans.

I know some of them already and every year they wait for me in front of my hotel – sometimes for an entire day beforehand – awaiting my arrival.

In a lot of other countries, the ritual ends with a handshake, an autograph or a selfie. But in China, no.

There are gifts. And we are speaking about fans who know my life...sometimes better than me! They know the names of my friends and my family. This year I received gifts not only for myself but also for my son and for my niece.

It's really amazing to think of the enthusiasm that these fans give me. I'm thousands of kilometres away from home, so to be able to find people who value you in a warm and polite manner gives you a great feeling.

In Shanghai there was also a very nice dinner that was organised between all the drivers. It may seem strange to say it, but in the end – while we have shared the same paddock for years – we do not really know each other that well.

When you climb into the car, everyone just thinks for themselves, and I am the first to want to overtake all my opponents and make my way to the front of the field.

But when you take off your helmet, we are still a bunch of good guys who share the same world, the same problems and the same goals.

That's why the Shanghai dinner was a nice chance for us to get together in a different context and tell stories that were not necessarily related to what we do on the track.

The atmosphere was very relaxed and cheerful, and I think that many of us returned to sleep in our hotel rooms with a very good feeling.

I am convinced that get-togethers like this are very useful, and I hope with pleasure that we can have things like this much more frequently.

The fight with Hamilton

After the dinner my thoughts returned to the battle on track, and on this front my Chinese Grand Prix was very positive.

In the final stages of the race I had to defend hard my sixth place from an attack from Lewis Hamilton, and it was tough.

We had the same tyres (he had changed one lap earlier than me) so on that front we were evenly matched. And while he had a problem with car damage, we must remember that it is still a Mercedes.

In the end, I managed to control the situation, and I think that was mostly down to the way I was able to manage the tyres.

My driving lines were very different in the race, because if I had used the same ones I did in qualifying then after a few laps my tyres would have been finished, especially the front ones.

I also made sure that I only went hard on the accelerator out of corners when the car was perfectly straight, and this technique worked really well.

I think for this race, that is what the difference was between myself and Valtteri Bottas, whose pace over the longer runs was not as good.

It also confirmed a lot of the information that I had provided to the team after the winter tests. It is always nice to be able to produce a result that comes after working with the engineers: as it becomes a bit of a prize that helps strengthen relationships inside the team.

The sixth-place finish allowed me to leave Shanghai occupying the same position in the drivers' championship, and I think that is a positive assessment after three races.

Many people have asked me if I expected something more from the start of this season, but when you start any campaign all drivers have high expectations, hoping even for something that is greater than logic would tell you.

As a whole, I think Williams has made a good step forward compared to the end of 2015, but we cannot forget that our opponents have worked hard too.

At the end of last year we were fighting with Red Bull for the position of the third best team, and I still think today we are in the same situation.

We saw in Bahrain and Shanghai that Red Bull has improved a lot in terms of top speed, and I can only deduce that it has made some steps forward with its power unit.

Confirmation of that will come from Sochi, where there are some long straights, but I think we have a chance to play.

My goal, of course, is to stay ahead of them.

F1 to discuss three-engine limit for 2018

F1 must do more for digital generation, says Marchionne