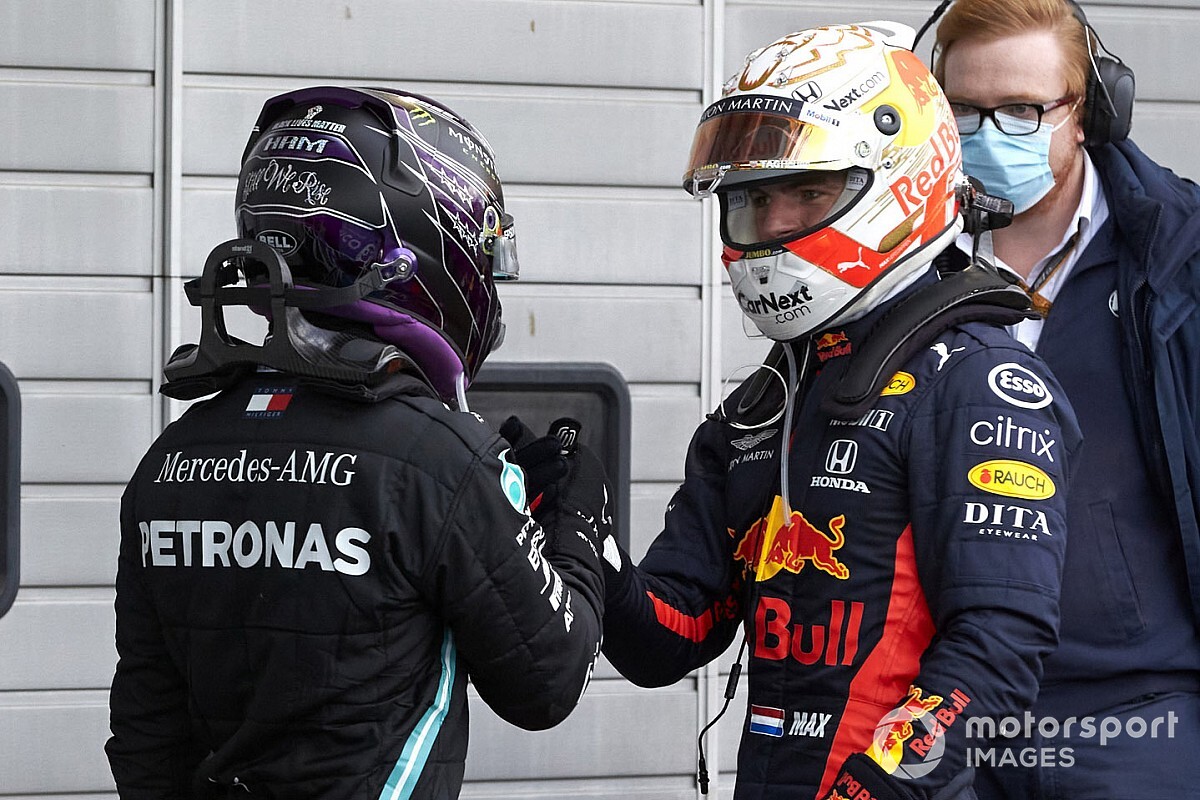 Max Verstappen has been the only driver consistently able to live with the terrific pace shown by Mercedes in 2020, but has still only bested the Black Arrows once. Sooner or later, given his talent and expectations, something has to change.

For lap after lap in the Eifel Grand Prix, it was the same story: the two Mercedes cars shot past Motorsport.com's media centre vantage point parallel to the pit straight, chased relentlessly by a single rival.

Of course, Valtteri Bottas's off-track mistake and then MGU-H-induced retirement ended the metronomic feeling to the opening phase of Formula 1's most recent race, but Max Verstappen's determined pursuit did not change. He hustled his RB16 after Lewis Hamilton for the rest of the contest, in a different pace league to the rest.