McLaren team principal Andreas Seidl believes the team's decision to fast-track aerodynamic updates to the 2020 season has been key in securing third place in the world championship. 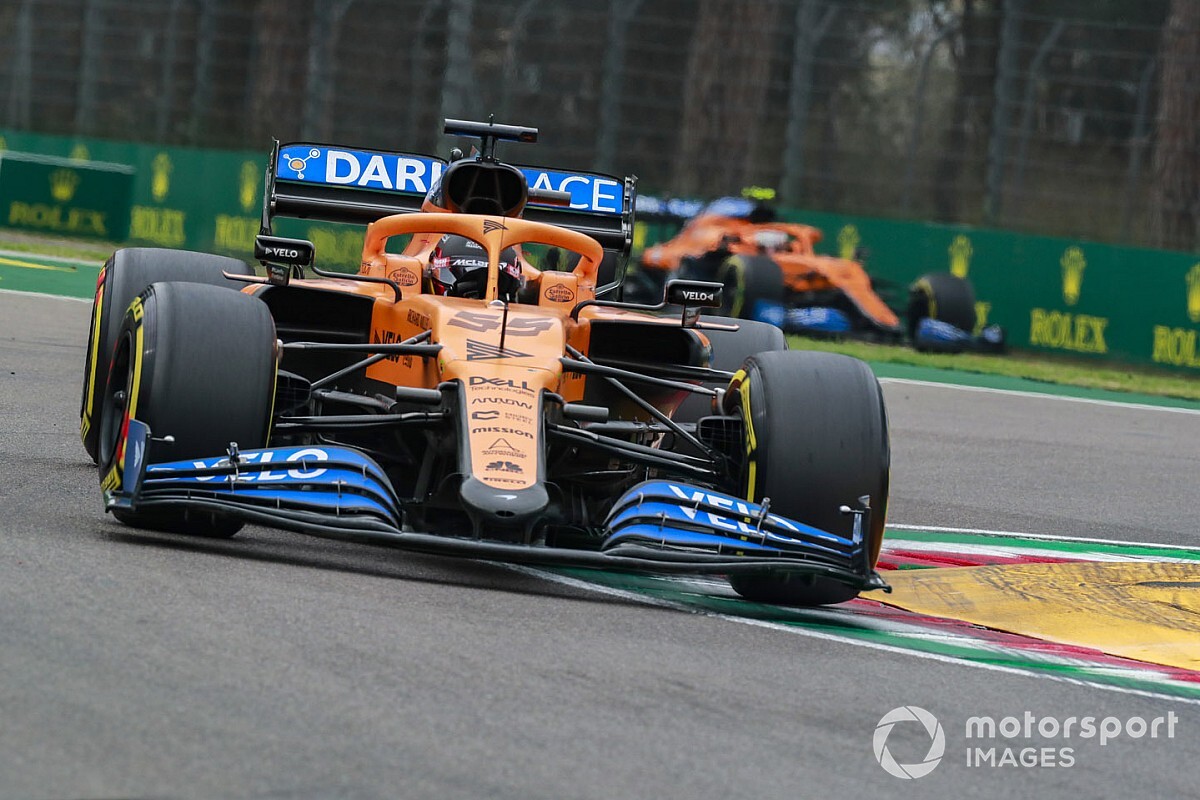 McLaren enjoyed a strong 2020 campaign in which both Carlos Sainz and Lando Norris took a podium and were a regular factor in the upper midfield battle.

The pair delivered a consistent haul of points to hold off the intrinsically faster Racing Point cars in the fight for third.

Team boss Seidl believes a key factor of McLaren's 2020 progress is the fact that his technical team, led by technical director James Key, has had to bring several developments of the car forward.

In 2021 the Woking team will switch from Renault to Mercedes engines, which means the team will have to spend both its development tokens in order to fit the new power unit to its current chassis.

Because that change left little room for development over the off-season - other than aerodynamics - some of the planned 2021 upgrades had been brought forward as part of an ambitious in-season development programme.

"With the restrictions we have over winter, not having any tokens because of the engine, we obviously had to push flat out in bringing [forward] updates that we would have probably done over the winter," Seidl explained.

"That created an intense pressure on the development guys and the production team back home.

"It shows that our development process under the leadership of James is working well, with a good correlation between what we see back home in CFD and wind tunnel and track.

"In terms of developments I wouldn't say it was always small updates. If you look at the change we did on the nose box, that was a big change to the aerodynamic concept of the car."

Seidl also praised his team's race execution and the 2020 car's excellent reliability record, which allowed Sainz and Norris to regularly bank points with the MCL35.

"I think we had a competitive car throughout the season, a bit of an all-rounder also.

"We were always somehow in a position to most of the time get into Q3, and always started the races in positions where we were able to fight for good points.

"Then obviously we had a great team out here at the track as well, which was simply very good in terms of execution of racing, qualifying sessions, strategy.

"Reliability was outstanding on the car side, we didn't have a single DNF this year, which is a big step forward compared to last year. And then also the strategy team did a great job on race Sundays.

"And last but not least our two drivers obviously did a sensational job again similar to last year. They made us score all these great points."

Perez's Mercedes knowledge a factor in Red Bull signing him