Formula 1 drivers have picked out Turn 7, the location of the controversial fake marina, as one of the critical areas of the Miami GP track.

The corner is a tightening left-hander that leads into the sharp-left Turn 8 and then onto a long straight that features a DRS zone.

That is followed by a heavy braking area into Turn 11, which is expected to be a popular overtaking spot.

After drivers tried the track in team simulators and walked it on arrival in Florida, the consensus was that it won’t be easy to get Turn 7 right, especially as the entry is blind.

That in turn could help the following car close up and gain DRS activation on the exit of Turn 8, and then attempt a pass at Turn 11.

“I think it's fun, it's a really unique and special track,” said Yuki Tsunoda. “There are a couple of tricky corners I've never seen, for example Turn 7 is completely blind, so it will make a difference.

“Especially if you nailed it, or missed the apex, I think it will be a big time difference. That corner will I think will increase the chance of overtaking. I think that corner is going to be a key corner for this track.”

Expanding on why it is so tricky, the AlphaTauri driver added: “It's going be difficult to drive consistently every time. I don't think you can nail it every lap compared to other corners. I think if you have a good exit there, or if you had a good confidence into Turn 7, it'll be good for overtakes.

“On the other side, if you are not good at Turn 7, or if [someone] makes a mistake, even you have I think one second, easily you can overtake at Turn 11.

“But still from Turn 11 to 16 it's really tight corners, you don't lose much the downforce. So even if you don't overtake in Turn 11 still you can follow the cars, and you still have a chance to overtake in the second-to-last corner. So I can expect a lot of battling.” 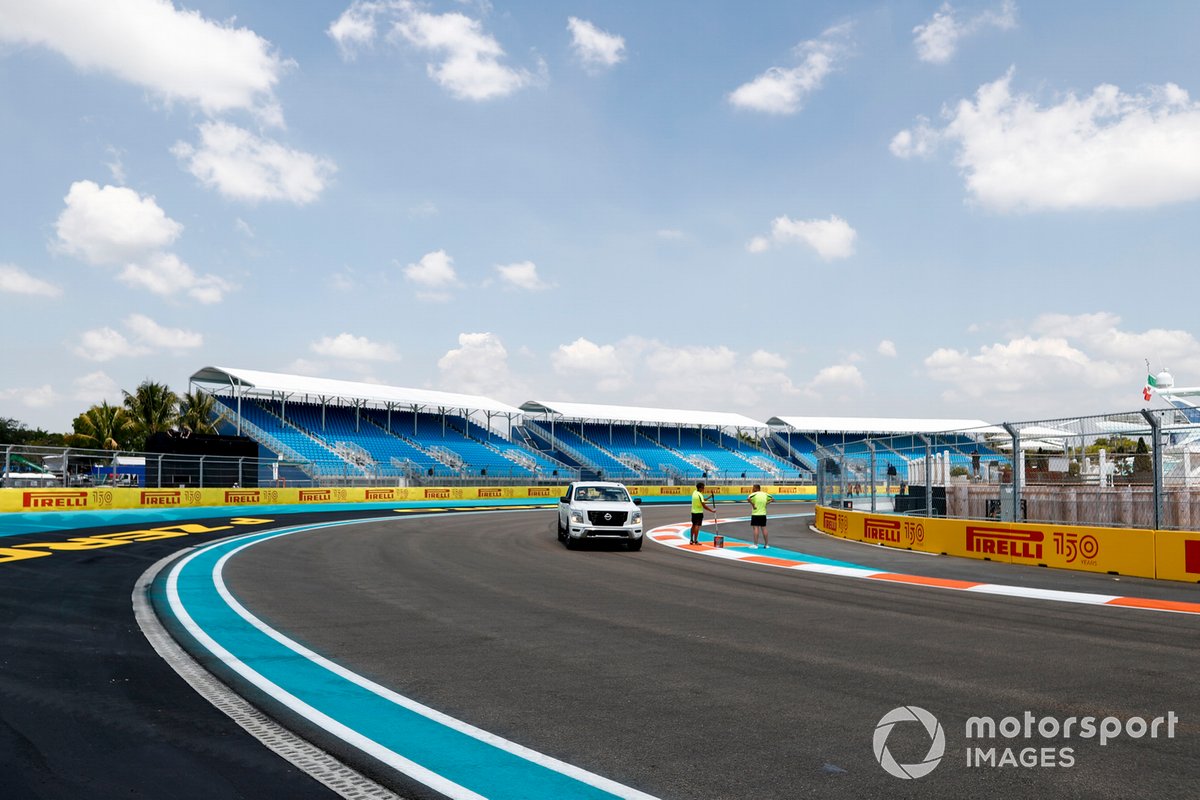 Pierre Gasly and Kevin Magnussen also singled out Turn 7 as the critical corner.

“I might agree with that,” added the Haas driver. “It’s a very long straight after that corner and it’s a weird braking into that, so you’re going to try and find the right line there, which I don’t think is straight forwards. It does look like an interesting track.”

“It's easy to get it wrong,” said the German. “But it's also an easy place to lock up. So there'll be a matter of how we as drivers treat the tyres. You unload the tyre, you basically brake in and unload the whole left side is as it is a very long corner, which tightens up.

“So you have to obviously slow down, but you still want to make as much time as you can going into the corner.”

Gasly: Meeting Michael Jordan the “best experience of my life”