Felipe Drugovich is in the frame for an Aston Martin Formula 1 reserve role in 2023, and the Brazilian is being lined up for an FP1 outing in Abu Dhabi this year.

By:
Adam Cooper
Co-author:
Megan White
Listen to this article

While nothing has been confirmed by the team, an important step towards a deal was taken when the Brazilian clinched the F2 title in Monza on Saturday.

That officially guaranteed him a superlicence for 2023 and also ensured that he can now afford to do an FP1 run in Abu Dhabi without it distracting from him an F2 title showdown.

Aston Martin gave one of its two FP1 rookie slots to Nyck de Vries at Monza last weekend, and it has to deploy one more before the end of the season.

It can't pull off a PR coup by running Drugovich at his home race in Brazil, as it is a sprint weekend, so the team has provisionally targeted the Abu Dhabi finale for whoever gets the nod.

Drugovich remains a contender for the remaining race seats at Haas, Alpine and Williams, and any reserve job at Aston or elsewhere won't be confirmed until those are filled, and it becomes clear that he is available.

In order to do an FP1 session this year, he has to get a Friday superlicence, which will require him to do a 300km run in a contemporary car.

The Silverstone team still has an operational AMR21 from last season, which is set to be driven in October by Aston Martin Autosport BRDC Young Driver of the Year Award winner Zak O'Sullivan as part of his prize. In theory, the team could run Drugovich on the same day.

Team principal Mike Krack confirmed that Aston Martin is in contact with Drugovich, although he denied that any deal has been done thus far.

"We now have Fernando [Alonso] and we were a bit off the driver market," he said. "And we are now looking what we are going to do for next year, because we need a reserve driver. So as soon we have something to communicate, we will do.

"We have to say [Drugovich] won the F2 championship in a very impressive way, very consistent, very clever. So that makes him obviously I think a candidate for many.

"And I think it would be wise to keep him on the radar also, because he's not attached to any academy or driver programmes or anything such." 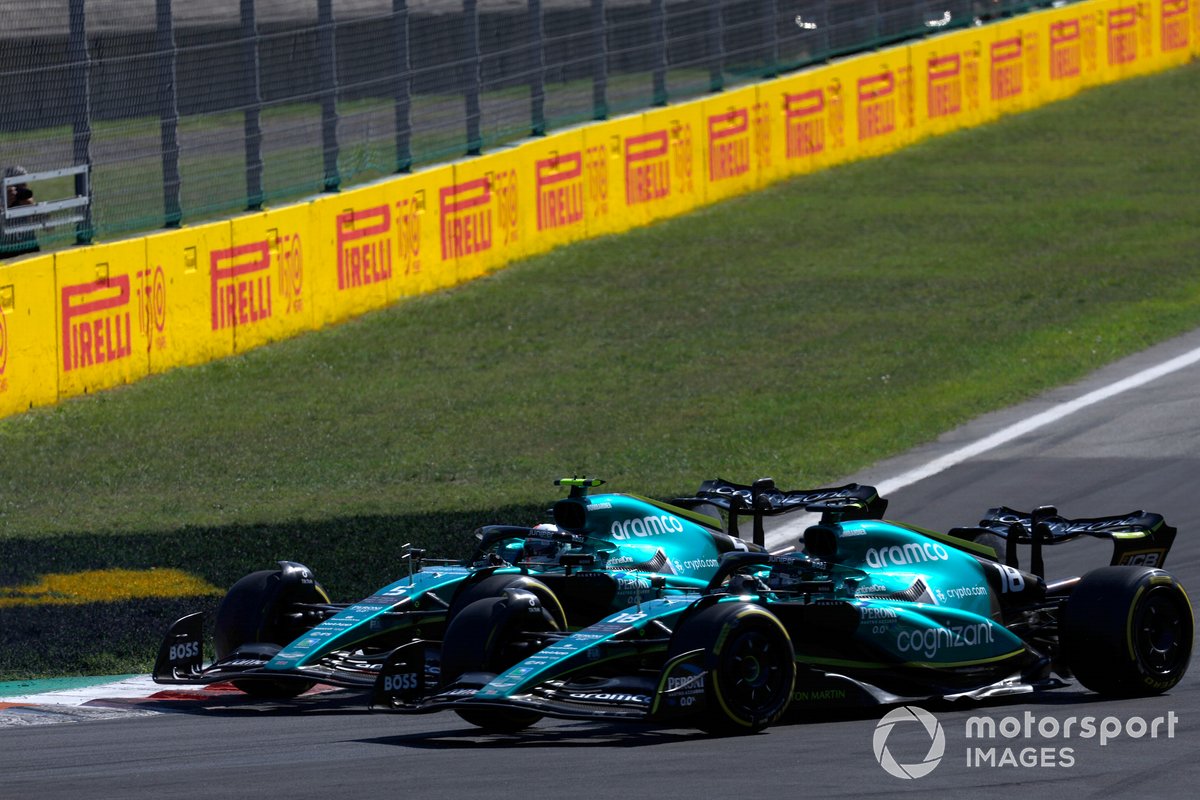 Drugovich stressed that his priority is to secure a race seat, but he indicated that a reserve role would be the next best option.

"The goal is to be there," he said when asked by Motorsport.com if a reserve job was the best alternative to a race seat.

"We're trying, but if it's not possible I would be totally happy to do the reserve role.

"There's a big break now, so we're going to try to talk to teams, and see what the best options are. I'd love to do an FP1 outing."

How an overlooked underdog snatched an historic title

Drugovich: F2 title win 'not how I expected it' after early Monza exit